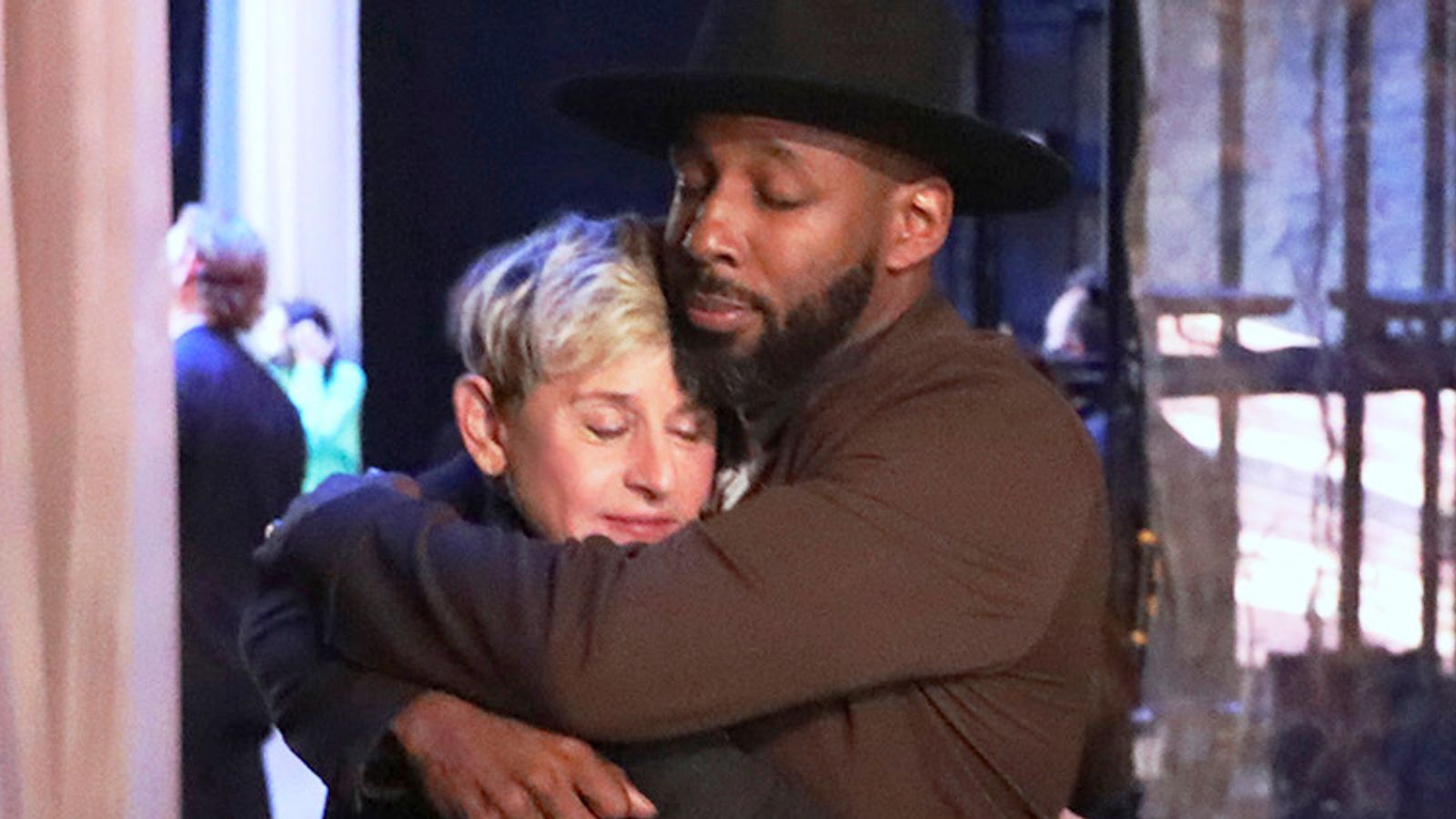 Ellen DeGeneres, Jennifer Lopez and Michelle Obama are among the famous faces remembering US dancer and DJ Stephen “tWitch” Boss, following his death at the age of 40.

The news was confirmed by his wife, Allison Holker Boss, on Wednesday.

Los Angeles County Coroner’s office said the entertainer had died in a hotel from “suicide”.

The dancer-DJ started his tenure at The Ellen Show in 2014 before being promoted to co-executive producer in 2020.

“He was my family, and I loved him with all my heart. I will miss him.”

As well as his work with DeGeneres, Boss was also a runner-up on US show So You Think You Can Dance and appeared in films including Step Up: All In and Magic Mike XXL.

Former First Lady Michelle Obama said she was “heartbroken” to learn of the news.

And sharing a post on her Instagram page, actress and singer Lopez wrote: “Twitch was such a light and a beautiful soul. Shocked and deeply saddened.

“My heart breaks for @sir_twitch_alot, his wife and children. Sending you love and strength.”

Dwyane “The Rock” Johnson also tweeted a message of condolence, saying Boss was a “great guy” and “you never know what’s happening between the ears”.

Justin Timberlake said he had known tWitch through the dance community for more than 20 years.

In a post on Twitter, the singer and actor said: “It’s heartbreaking to hear that someone who brought so much joy to a room, was hurting so much behind closed doors….You just never know what someone is really going through.”

In a statement published by People magazine, tWitch’s wife said: “It is with the heaviest of hearts that I have to share my husband Stephen has left us.

“Stephen lit up every room he stepped into.”

Anyone feeling emotionally distressed or suicidal can call Samaritans for help on 116 123 or email jo@samaritans.org in the UK. In the US, call the Samaritans branch in your area or 1 (800) 273-TALK