The Chinese government has “removed” a consul general and five of its officials involved in beating up a Hong Kong protester inside its Manchester consulate.

Foreign Secretary James Cleverly said his department had a week ago given a deadline of 14 December to the Chinese government for six of its officials to have their diplomatic immunity waived so they could be questioned by British police.

He said: “In response to our request, the Chinese government have now removed from the UK those officials, including the consul general himself.

“This demonstrates that our adherence to the rule of law, the seriousness with which we take these incidents, has had an effect, and we will continue on the world stage and domestically to abide by the rule of law, and we expect others to do likewise.” 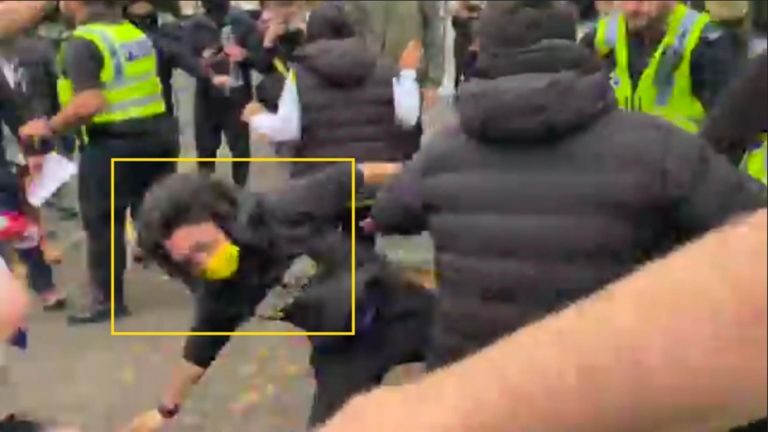 Using videos shot from different angles of the violence at the Chinese consulate in Manchester, Sky News shows what actually happened.

Hong Kong pro-democracy protester Bob Chan, who fled Hong Kong last March, was demonstrating peacefully outside the consulate in October when he was pulled into the grounds and beaten up by staff.

Zheng Xiyuan, the consul general who has been removed, was pictured pulling Mr Chan’s hair before yanking him inside the consulate.

Mr Chan told Sky News he thought he was going to die and was left with injuries to his body and face from being kicked and punched before a British police officer pulled him out of the gates.

The incident caused a row between MPs as some accused ministers of not reacting proportionately because of trade possibilities with China.

But Mr Cleverly said on Wednesday: “When China behaves in a way that we fundamentally disagree with, we raise it directly with China.

“I did so earlier on this year when I had a meeting with [Chinese foreign minister] Wang Yi highlighting our objection to Chinese behaviour in Xinjiang with the Uyghur Muslim minority, their failure to abide by the commitments made over Hong Kong, and indeed the sanctioning of my parliamentary colleagues here in the UK.

“We also did so in response to this incident,and it is right that the Chinese government have now removed these officials from the UK.”

Luke de Pulford, executive director of the Inter-Parliamentary Alliance on China, said: “The foreign secretary should be congratulated for taking this action.

“It’s just a shame it took so long when the footage of the assault was so clear for all to see from day one. We should not be so fearful of holding China to account for its abuses in the future. Hong Kong-ers seeking refuge in the UK will sleep a little easier tonight.” 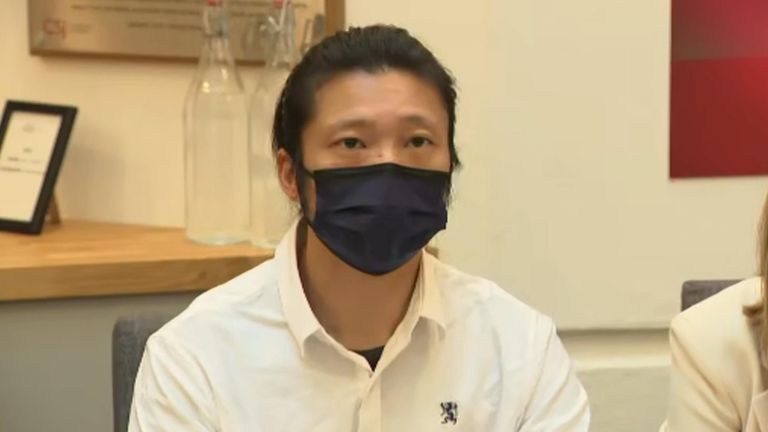 Protester on ‘assault’ at China consulate in Manchester


‘Outrageous’ response to videos where Mr Chan was dragged and hit

Greater Manchester Police have been investigating the alleged assault and in November said they had identified a number of offences during what they described as a “complex inquiry”.

Diplomatic staff at foreign embassies usually have immunity from arrest and prosecution, especially if an incident happens in their consulates or embassies.

But senior MPs, including Tory Iain Duncan Smith, who is sanctioned by China, said the British government’s response was “outrageous” after Mr Cleverly said he had spoken to China’s charge d’affaires, Yang Xiaoguang over the incident.

He and other MPs from across the Commons called for ministers to expel the diplomats identified in videos dragging and hitting Mr Chan, and also pulling his hair. 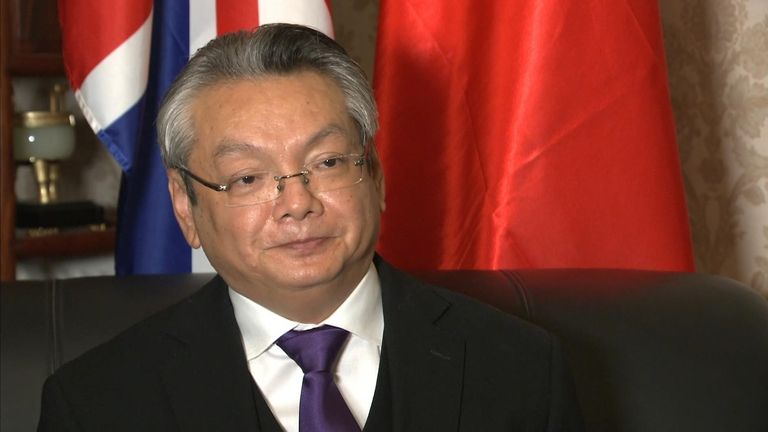 Consul general Mr Zheng told Sky News he did not beat anybody up but when asked if he pulled Mr Chan into the consulate by his hair, he said: “He (Bob Chan) was abusing my country, my leader, I think it’s my duty.

“I think it’s an emergency situation – that guy threatened my colleague’s life, and we tried to control the situation. I wanted to separate him from my colleagues – that’s a very critical point.”

Asked why the peaceful demonstration turned violent, Mr Zheng claimed it was because of the “rude banners” that had been put on display.

In a letter sent to Greater Manchester Police, he stated the banners featured a “volume of deeply offensive imagery and slogans”, including a picture of the Chinese president Xi Jinping with a noose around his neck.

Former Virgin Money chief Gadhia lands new role as Moneyfarm chair
Sunak’s integrity is taking a hit as he prolongs the pain over Zahawi – who will have to go
Iran protest leader in hiding: ‘People have become more daring’
Faction of Tory members feel ‘disconnected’ after being ‘denied a vote’ when Sunak became PM
Tesla leaks ‘Magic Dock’ CCS adapter ahead of opening its Supercharger network