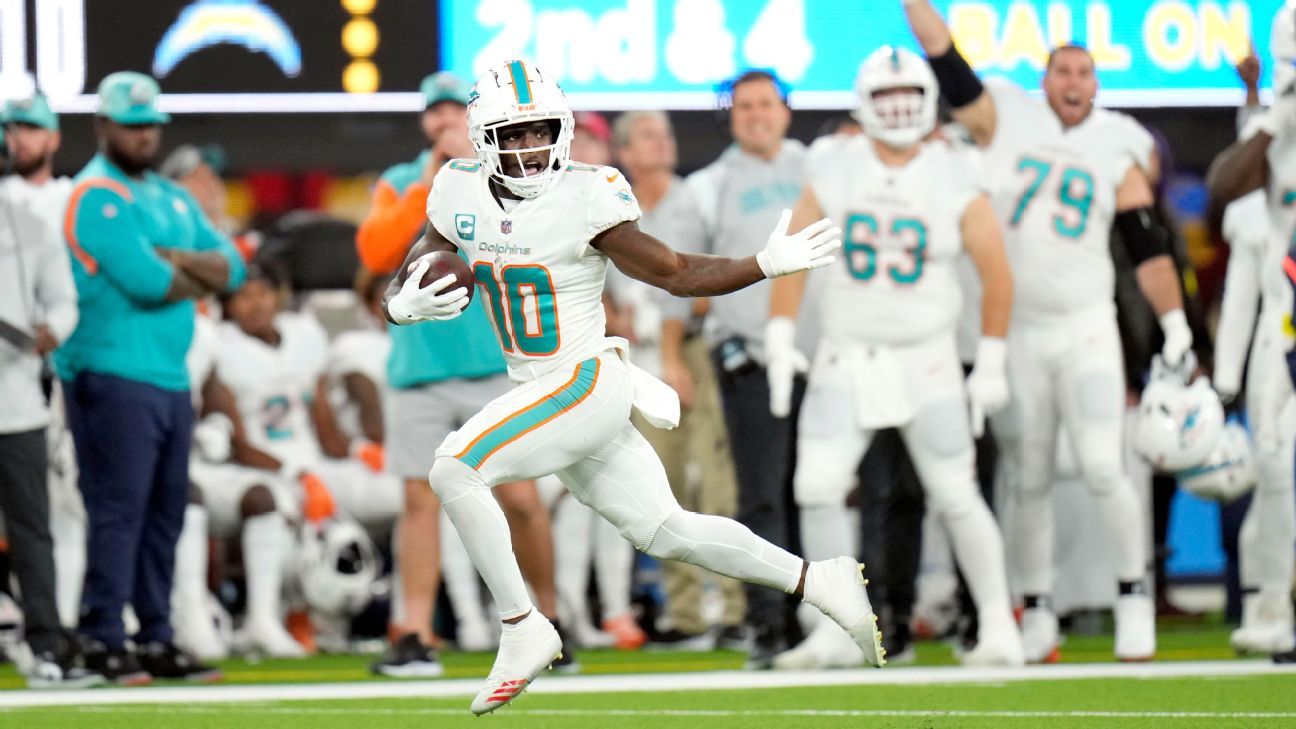 INGLEWOOD, Calif. — Tyreek Hill gave football coaches around the country a valuable teaching point for their players: Always play until you hear the whistle.

The Miami Dolphins wide receiver recovered a fumble and returned it 57 yards for the team’s first touchdown Sunday night in a play that left fans of both teams in shock at SoFi Stadium.

Dolphins running back Jeff Wilson Jr. fumbled after a 6-yard gain, and left tackle Terron Armstead appeared to bat the ball out of the scrum and directly to the waiting Hill, who ran untouched into the end zone. The Dolphins had mustered just 13 total yards against the Los Angeles Chargers‘ defense prior to that point.

.@cheetah was ready for it 💯

The Chargers had taken a 10-0 lead on a nice grab by Mike Williams, who played only six snaps over the past five games as he nursed a right high ankle sprain. If there were any lingering effects from the injury, they certainly haven’t been visible against the Dolphins.