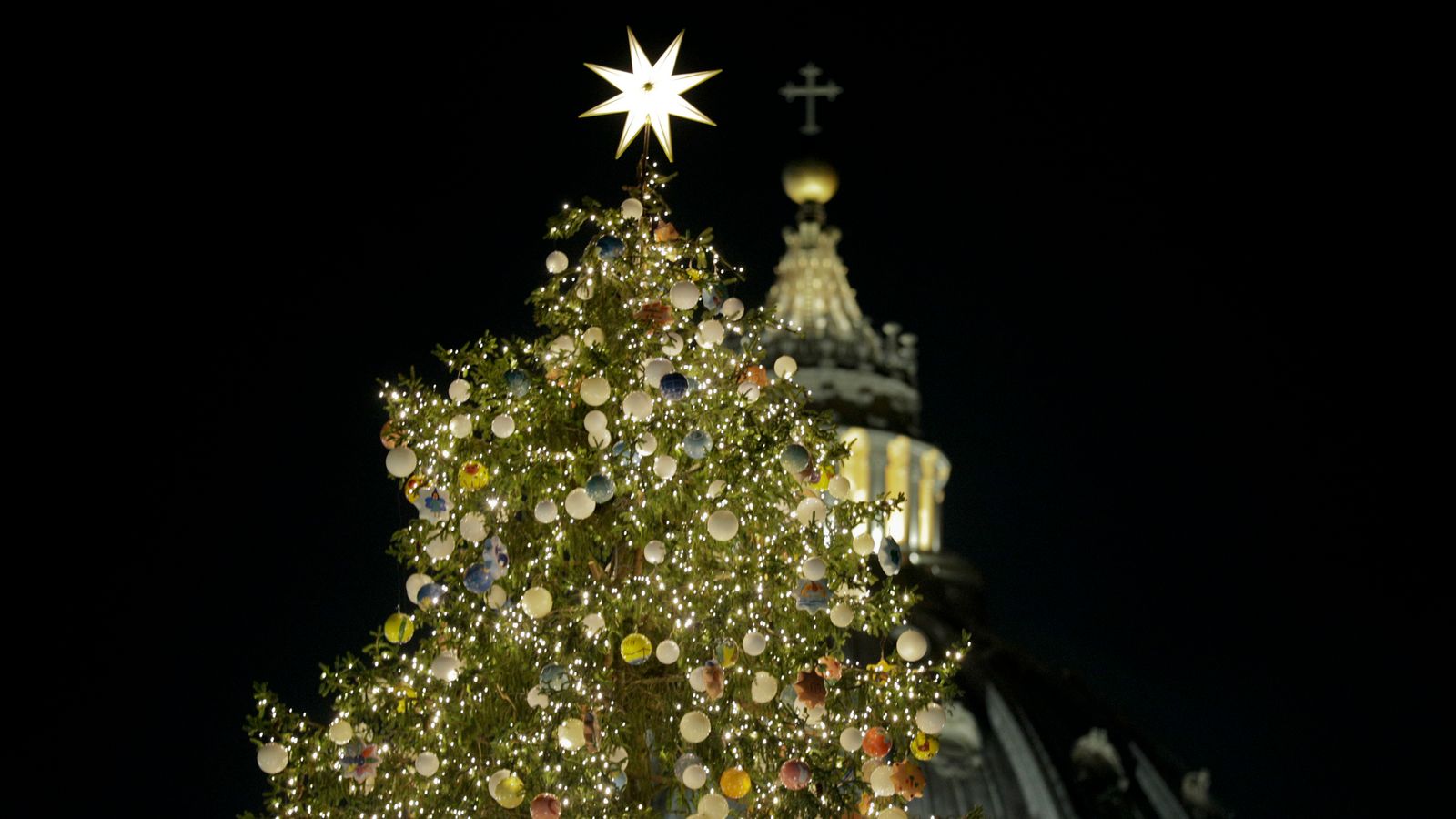 The festive season has arrived, with sleigh bells ringing and the timely smattering of snow glistening on our streets.

Amid all the mince pies, carol singing and present-buying, it might be difficult to take a pause and remember why the date is in our calendar. Sky News looks at the origins of the traditional holiday and how it is celebrated across the globe.

Christmas comes every year on 25 December and is a Christian holiday that commemorates the birth of Jesus Christ.

While many celebrate the holiday to honour Jesus’s birth, it has also become a worldwide cultural holiday and is often celebrated by non-Christians alike.

The English term “Christmas” – a merger of Christ and mass – is of comparatively recent origin, dating from the time when it was celebrated with a mass in the Catholic Church. The older term “Yule” dates from when the period was a celebration of the winter solstice, according to Britannica.

In other countries, the day of celebration may be called “Navidad” in Spanish, “Natale” in Italian and “Noal” in French, deriving from the term “nativity”.

Does everyone celebrate Christmas on 25 December?

While Protestants and Catholics celebrate on the 25th, a lot of countries and religious sectors may choose to embrace the festive period on a different day, this is in accordance with the Julian Calendar.

Orthodox and Coptic Christians will celebrate Christmas on 7 January.

Here’s how Christmas is celebrated around the globe:

Poland – The breaking of bread

On Christmas Eve, families gather to share Oplatiki. This tradition began with a simple white wafer, baked from flour and water and is designed with a display of Christmas images.

Traditionally, each person around the table breaks off a piece as they wish one another a merry Christmas.

Also known as “Jolabokaflod” which translates to “the Christmas book” is an Icelandic tradition of giving new books on Christmas Eve and reading them with family and friends.

After receiving a book to dive into, be sure to cosy up in bed or by the fireplace, with a hot chocolate for the night.

Mexico – Night of the Radishes

An annual event which is held on December 23 and is known as Noche de los Rabanos in Oaxaca City.

Radishes have always played an integral part in Oaxaca’s Christmas cuisine, as an essential ingredient and a decorative garnish.

The yearly radish carving competition dates back to 1897 and became a part of that year’s Christmas market. The tradition continues to this day.

Read more on Sky News:
King Charles reveals Christmas card as monarch
The roads to avoid during your Christmas getaway

In Japan, families gather around the dinner table to eat a bucket of fried chicken to commemorate the festive season.

Some say that the first KFC enterprising manager in Japan, by the name of Takeshi Okawara, told a white lie in 1970 and marketed fried chicken as a traditional American Christmas food to encourage sales at the time.

Okawara’s venture set the tone for Christmas in Japan.

The half-man, half-goat is known to chase around naughty children and drag them to hell, according to ancient Austrian folklore tales.

First introduced to the UK in the 14th century, many Britons still keep to the tradition of placing a silver coin in the pudding that is said to bring good luck

The pudding is traditionally made with raisins, currants, prunes, wines, and spices and is an all-time favourite in the UK.