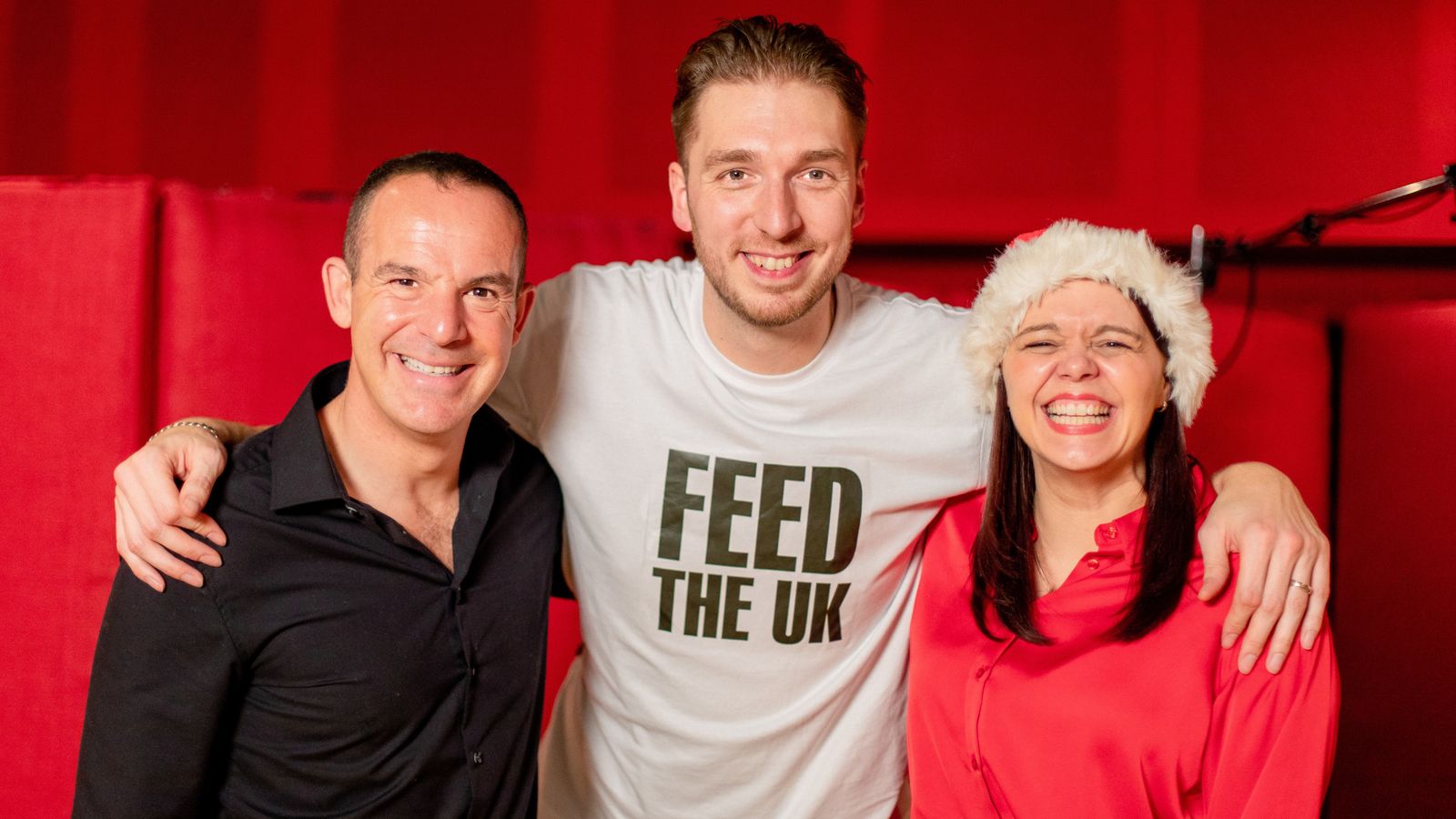 LadBaby are reworking the iconic Band Aid song Do They Know It’s Christmas in a bid to claim their fifth consecutive Christmas number one.

It is the first time the charity hit – written by Bob Geldof and Midge Ure in 1984 – will have been allowed into the hands of other artists.

Social media star Mark Hoyle and his wife Roxanne (LadBaby Mum) announced their bid to top the charts along with MoneySavingExpert’s Martin Lewis who will also perform on the track.

Grammy winning singer-songwriter Amy Wadge – a frequent writing partner to Ed Sheeran – has rewritten the song, with a humorous twist.

100% of the profits will be donated to charity, with half of the money going to food bank charity the Trussell Trust and the other half to the Band Aid Trust.

The first version of Do They Know It’s Christmas? raised £8m for famine relief in Ethiopia, and featured stars including Bono, George Michael, Duran Duran, Phil Collins and Bananarama.

It was famously recorded in a studio in Notting Hill, west London, in just one day.

The song helped inspire the Live Aid concerts in London and Philadelphia on July 13, 1985, and the Sport Aid campaign in 1986, all of which raised millions more.

More celebrity collaborators are expected to be revealed on the latest version, with LadBaby aiming to raise as much money as possible to help tackle hunger and poverty.

The Hoyles, who have amassed millions of followers on social media, are determined use their platform for good causes. They have already raised more than £1.2m for the Trussell Trust, for whom they are ambassadors.

The couple said they had not intended to release a fifth Christmas single but “were not prepared to sit back and do nothing in a year when people are struggling more than ever”.

The Trussell Trust is a non-governmental organisation that supports more than 1,300 food bank centres across the UK.

Speaking about this year’s attempt, LadBaby said: “Working households, families and disabled people are all really struggling. So, a few months ago we approached Bob Geldof and Midge Ure and the Band Aid Trust to ask permission to rework the most iconic Christmas track of all time, Do They Know It’s Christmas?

“And we were truly honoured when they said yes.”

The couple said they chose Martin Lewis to feature on the track as he was “the people’s champion”.

Lewis, who has worked with the Trussell Trust previously, said he was surprised to be asked but “decided to give it a go, and do it with gusto.”

He said this has been a “tough year for many” amid the cost of living crisis.

LadBaby made history in 2021 by securing the Christmas number one for four consecutive years, overtaking the Spice Girls and Beatles who are the only other acts to have scored a successive hat-trick.

LadBaby’s first Christmas number one came in 2018 with We Built This City, an ode to sausage rolls based on Starship’s 1980s glam rock hit.

Food Aid is released on 16 December.