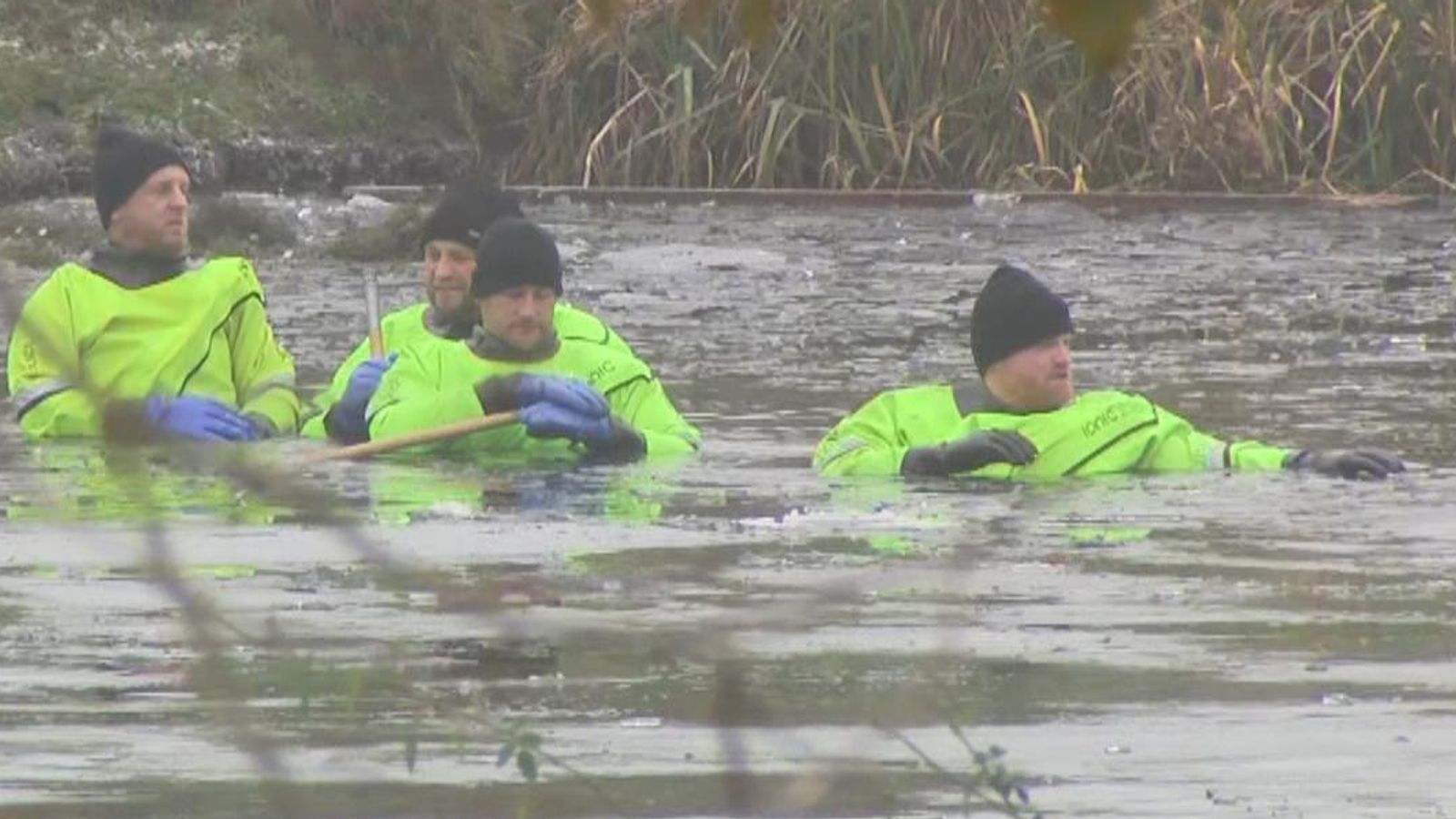 A friend of one of the boys who died after falling through an icy lake in Solihull has told how the events unfolded.

Tommy Barnet, 10, said one of the boys got his legs stuck in the ice before his friends rushed over to help him, but they all fell in.

Police confirmed on Monday that three boys aged eight, 10 and 11 died after falling through ice into Babbs Mill Lake in Solihull.

A fourth boy, aged six, remains in a critical condition after the incident on Sunday afternoon.

Tommy told Sky News: “They were all playing on the ice, one got their legs stuck in the ice and then… his friends went to go and save him, but they all fell in.

“When it was summer, we used to go in the woods and play hide and seek next to the lake. But I wasn’t here yesterday.”

“It’s so sad, I am upset,” Tommy said, as he described how the community was waiting to hear the names of the other boys involved.

“They want them [the police] to reveal more information about it just to make sure who it is.”

One of the boys who did not survive has been named locally as 10-year-old Jack Johnson, who has been described to Sky News as a “hero” because he went into the lake to try to save others.

A search is continuing after unconfirmed reports up to six children may have fallen in, but authorities warned it is “no longer a search and rescue operation”.

The four children were all in cardiac arrest when rescue teams pulled them out.

They were taken to hospital but police said three of them “could not be revived”.

Reports from the scene and social media videos indicate they were playing on the ice and fell through, the fire service said. 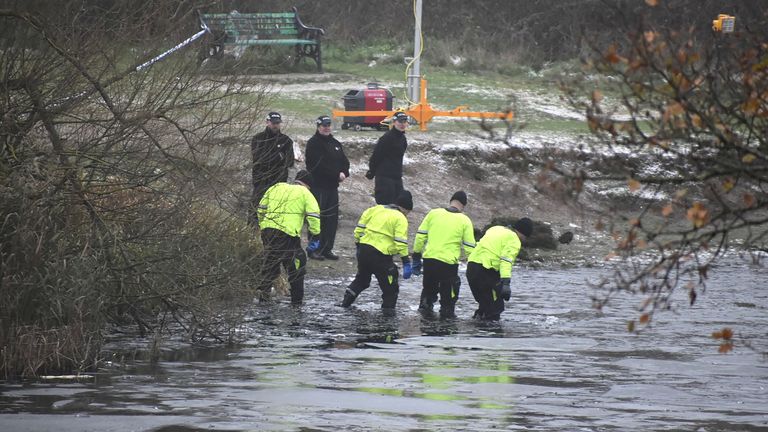 Officer ‘tried to punch through the ice’

Search teams were still using boats and wading in the lake on Monday – and police said they would continue until they are “100% certain” there are no other victims.

One of the first officers on the scene entered the lake in his uniform and tried to punch through the ice to help the boys, said Superintendent Richard Harris from West Midlands Police.

Members of the public also jumped in.

Firefighters and specialist water teams arrived at the lake and managed to pull the boys out. They were given CPR and taken to hospital but all four arrived in a critical condition.

Police said it’s currently unclear how long they were in the freezing water.

One witness told Sky News he’d seen firefighters smashing the ice and a number of people in distress.

The children’s names haven’t yet been released and police said they were supporting their “absolutely devastated” families.

The boys’ school friends are also getting support.

One police officer involved in the initial search suffered mild hypothermia and was taken to hospital but has now been discharged.

Superintendent Harris said at Monday lunchtime that they were still trying to piece together exactly what happened but no one had contacted them to report anyone else missing.

But because of conflicting reports about how many children were on the lake, the search will continue until police are certain no one else went in.

“The (search) operation went on all night in these really tough conditions,” he said, adding that “the whole community will be feeling the pain of this”.

Police have asked people not to speculate or share any video of the incident.

Richard Stanton, area commander for West Midlands Fire Service, urged parents and carers to remind their children about the dangers of frozen water.

He said: “Please, adults and children alike, stay away from open water. Under no circumstances venture onto ice, regardless how thick or safe you think this ice may be.”