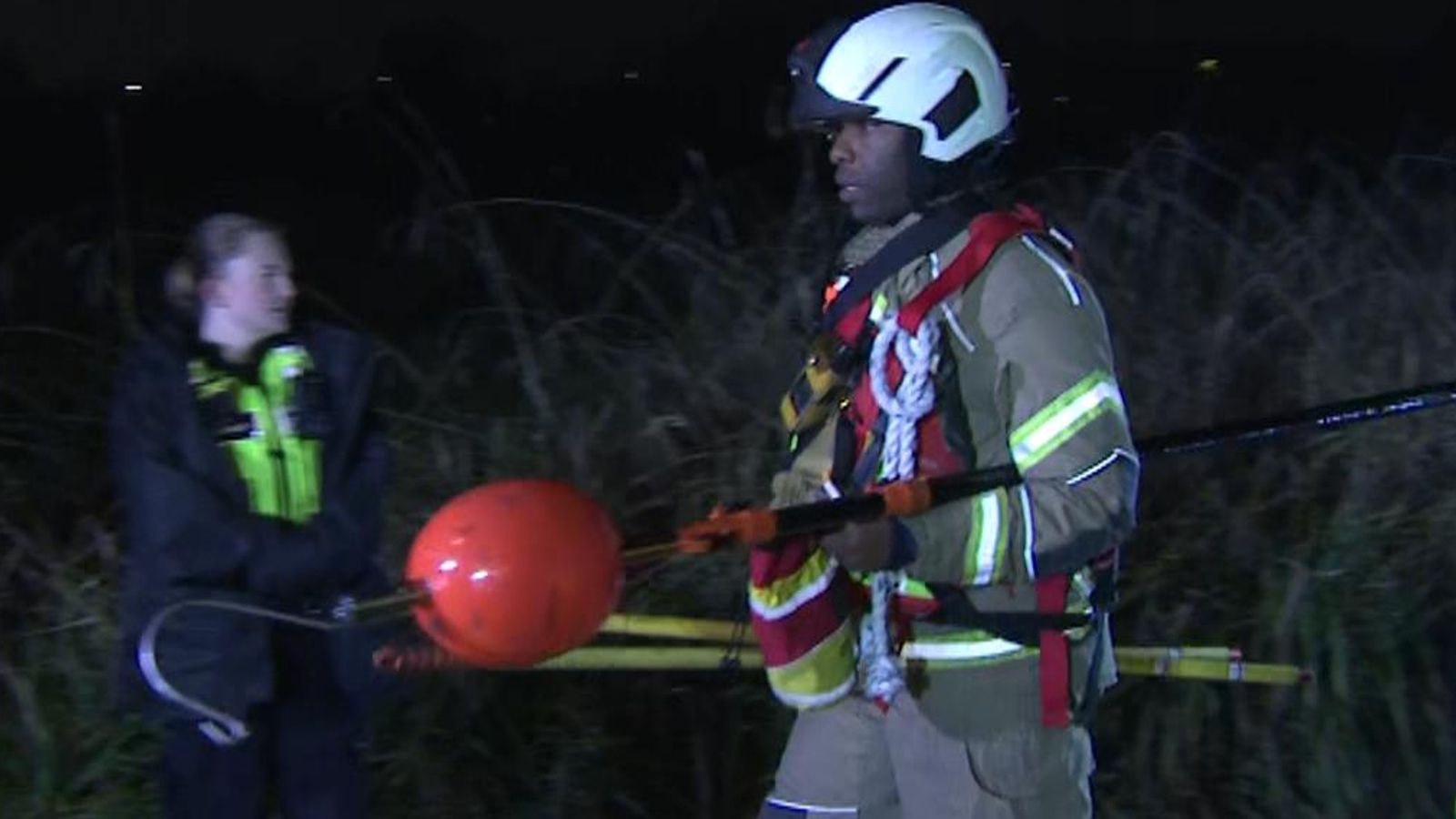 Four children are in critical condition after falling through the ice at a Solihull lake, police have said.

A search and rescue operation is under way at Babbs Mill Park after the children fell into the water and suffered cardiac arrest on Sunday afternoon.

Police did not confirm how many children were involved in the incident – or if any were still missing – but initial reports suggested there were up to six children in the frozen lake.

“When the fire service arrived at the scene, we were made aware there were up to six people in the water,” Supt Harris said.

“So after rescuing the four children, we have continued the search and rescue operation to confirm whether there were any more in the water.”

However, he said given the temperature, the age of the children involved, and the time they would have been in the water meant it was “no longer a search and rescue operation”.

Teams can be seen searching the dark water at the local nature reserve on inflatable dinghies and using torches.

One witness told Sky News: “I saw firefighters in the lake smashing the ice.”

He said he saw a number of people in distress, including three receiving medical attention. Temperatures were well below zero degrees on Sunday evening. 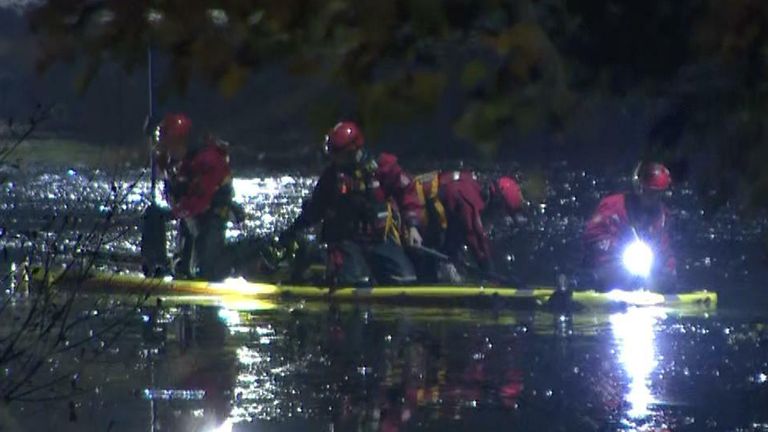 Teams ‘smashing the ice in the lake’

West Midlands Fire Service said that by the time fire crews had arrived on the scene, police officers and members of the public were in the water trying to reach the children.

One officer suffered mild hypothermia and was also taken to hospital.

All were given advanced life support care and rushed to hospital where they are on life support.

Two are in the care of Birmingham Children’s Hospital with the others at the city’s Heartland’s Hospital. No clinical updates, or details about the children’s ages, have been released.

Reports from the scene and videos on social media indicate that children had been playing on the ice on a pond and had fallen through, the fire service said.

In an earlier statement, it said: “Our specialist water rescue teams arrived and acted assertively to take control of the scene and carry out rescues using specialist equipment and entering the water.

“Casualties have received medical support at the scene from both firefighters and ambulance personnel prior to being taken to nearby hospitals.”

It comes after a weekend of snow and freezing frost with the severe conditions set to continue over the next few days, including temperatures as low as -10C.

“We know that the weather forecast for the next few days is expected to be bitterly cold,” he said.

“Please, adults and children alike, stay away from open water. Under no circumstances venture on to ice regardless how thick or safe you think this ice may be.”