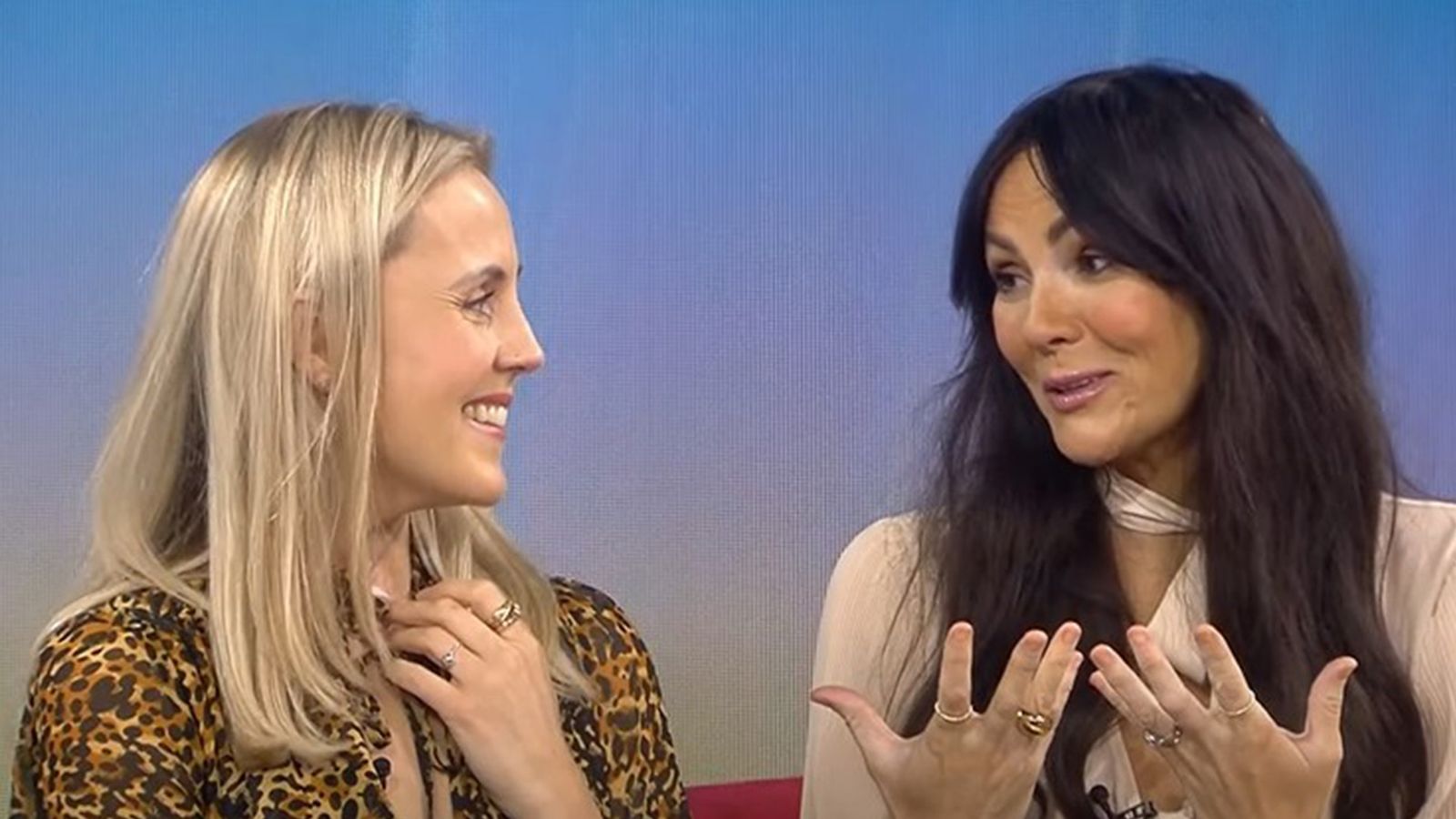 Vocal technology has helped a woman who had her voice box removed perform a Christmas carol for her sister alongside Love Actually actress Martine McCutcheon.

Tanja Bage, a former theatre performer from Leeds, had her voice box removed after a throat cancer diagnosis in 2020.

The mother-of-two now speaks through a speech valve, but through modern vocal technology McCutcheon’s vocals were transmitted from a recording studio into an Electrospit smart instrument which Ms Bage was wearing around her neck.

The vocal samples then travelled through her throat, allowing her to shape the sounds into Silent Night. Vodafone’s 5G network allowed the two to sing in unison.

It enabled Ms Bage and McCutcheon to perform the carol for Ms Bage’s sister Mia.

COVID lockdowns kept the pair apart during Ms Bage’s treatment and through her recovery.

Ms Bage and McCutcheon told Sky News’ Kay Burley the experience was “special” and “so emotional”.

EastEnders star McCutcheon said: “So basically Vodafone with 5G technology have found a way, there’s like these headphones that you can put on your throat, and you get the sound of your vowels and your pronunciation – she’s a northerner, I’m a southerner – and we sang Silent Night together.”

Ms Bage said: “It was just a really gorgeous thing to do for [her sister Mia]. We saw so little of each other during lockdown. She was supporting me from afar. I think that’s why this was so special.”

McCutcheon added: “It was so emotional. What was so mad was when we first heard our voices back it wasn’t mine, and it wasn’t [Ms Bage’s], it was a real blend. But it worked.

She added: “I was asked by Vodafone because apparently [Ms Bage and her sister] are massive Love Actually fans and she was saying she would like to sing with me. So I was really honoured and really touched.

“It must have been so frustrating to not have that release as a singer and as a performer.

“We’ve become friends and stayed in touch and I just loved the project.”

Chasing history in Boston: The numbers behind the Bruins’ wild 2022-23 season
Flybe collapses and cancels all flights, with hundreds of jobs lost
Tory peer joins calls for Nadhim Zahawi to ‘consider his position’ over tax row
Blow to Putin as both Germany and US confirm they will send tanks to Ukraine
‘Over my dead body’: Proposals to make some NHS patients pay for care spark backlash