A minister has urged the Rail, Maritime and Transport union not to “hold the country to ransom” after it announced days of extra strikes over Christmas in a long-running dispute over pay, jobs and conditions.

Calling on the union to cancel the strikes, Nick Gibb, the school minister, said the walkouts are “inconveniencing people up and down the country in the run-up to Christmas”.

The RMT confirmed yesterday that it would go ahead with two 48-hour strikes next week and will also walk out from 6pm on 24 December until 6am on 27 December.

It rejected an offer of a backdated 5% pay rise this year and 4% from January and no compulsory redundancies until 2025.

Strikes affecting 14 train companies will go ahead next week, though talks will continue with the Rail Delivery Group today.

Mick Lynch, the RMT general secretary, said it was unfortunate that the union had been “compelled to take this action due to the continuing intransigence of the employers”.

He said: “We remain available for talks in order to resolve these issues but we will not bow to pressure from the employers and the government to the detriment of our members.”

The additional Christmas strikes are intended to target engineering work as no services run on Christmas Day or Boxing Day, Mr Lynch told the BBC.

He conceded that there will be disruption on Christmas Eve, saying that the “wind down” will happen earlier than usual. 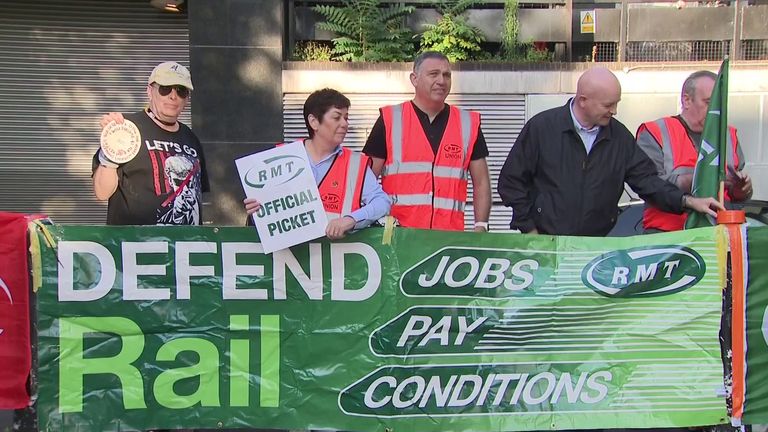 Read more:
Strikes every day before Christmas – where and why?
Ministers treading careful line between being tough and human on strikes

Rishi Sunak’s official spokesman said it was “incredibly disappointing” that the union had announced more strikes “instead of recognising this is a generous and fair deal” that could end the dispute.

“We believe the RMT need to take this offer seriously,” he said, adding it was the sort of offer the union had asked for, “a fair pay rise with no compulsory redundancy”.

The extra strikes “risk driving away more people from the railways at a time when passengers and businesses should be taking advantage of this festive period”, he added.

The rail dispute is one of many threatening to deliver a winter of discontent as unions seek pay rises in line with the rate of inflation to help shield their members from the cost of living crisis.

There is the looming threat of action by nurses, ambulance workers, firefighters and National Highways staff.

It is building on a wave of strikes among other professions, including teachers and bus drivers. 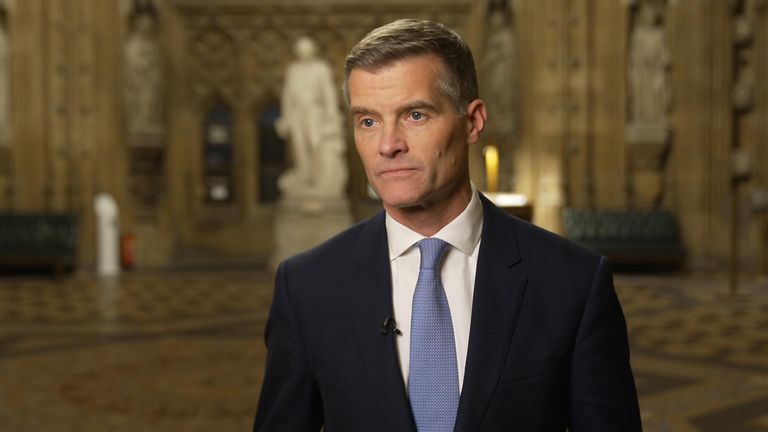 Transport secretary on rail strikes: ‘We did our bit’

Angela Rayner, Labour’s deputy leader, said: “I don’t want to see industrial action because I see workers losing their pay and I see the public inconvenience.”

She added: “I want to see our trains running on time and the work is being paid fairly and decently, and I think that there is a deal to be done to get there.”

Asked what she thought of Labour politicians being on the picket line, she said: “I don’t have a problem with [it].”

Earlier in the year, Sir Keir Starmer told Sky News “you can’t sit around the cabinet table and then go to a picket line”.

More than 10,000 ambulance workers across nine trusts in England and Wales will strike on 21 and 28 December, it was announced today, with the GMB, Unison and Unite unions coordinating the action. 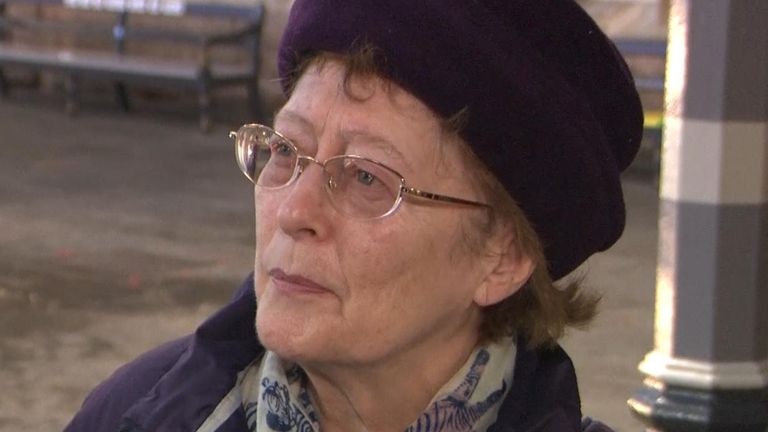 Over the weekend, the government confirmed that hundreds of troops are on stand-by to cover for ambulance crews, firefighters and Border Force staff.

The Cabinet Office said that about 2,000 military personnel, civil servants and other volunteers from across government have been training as part of the government’s contingency planning.

As well as ambulance staff, nurses in the NHS are due to hold two days of strikes this month while junior doctors are also set to be balloted on industrial action.

The Fire Brigades Union is also balloting its members and industrial action is continuing at the Royal Mail.

US slows pace of rate hikes again as Bank of England prepares its next action against inflation
Labour pushes for 13,000 more neighbourhood police officers
Elon Musk cleared of deceiving investors with Tesla tweet
US shoots down Chinese ‘spy balloon’
Cloud leaders Amazon, Google and Microsoft show the once-booming market is cooling down