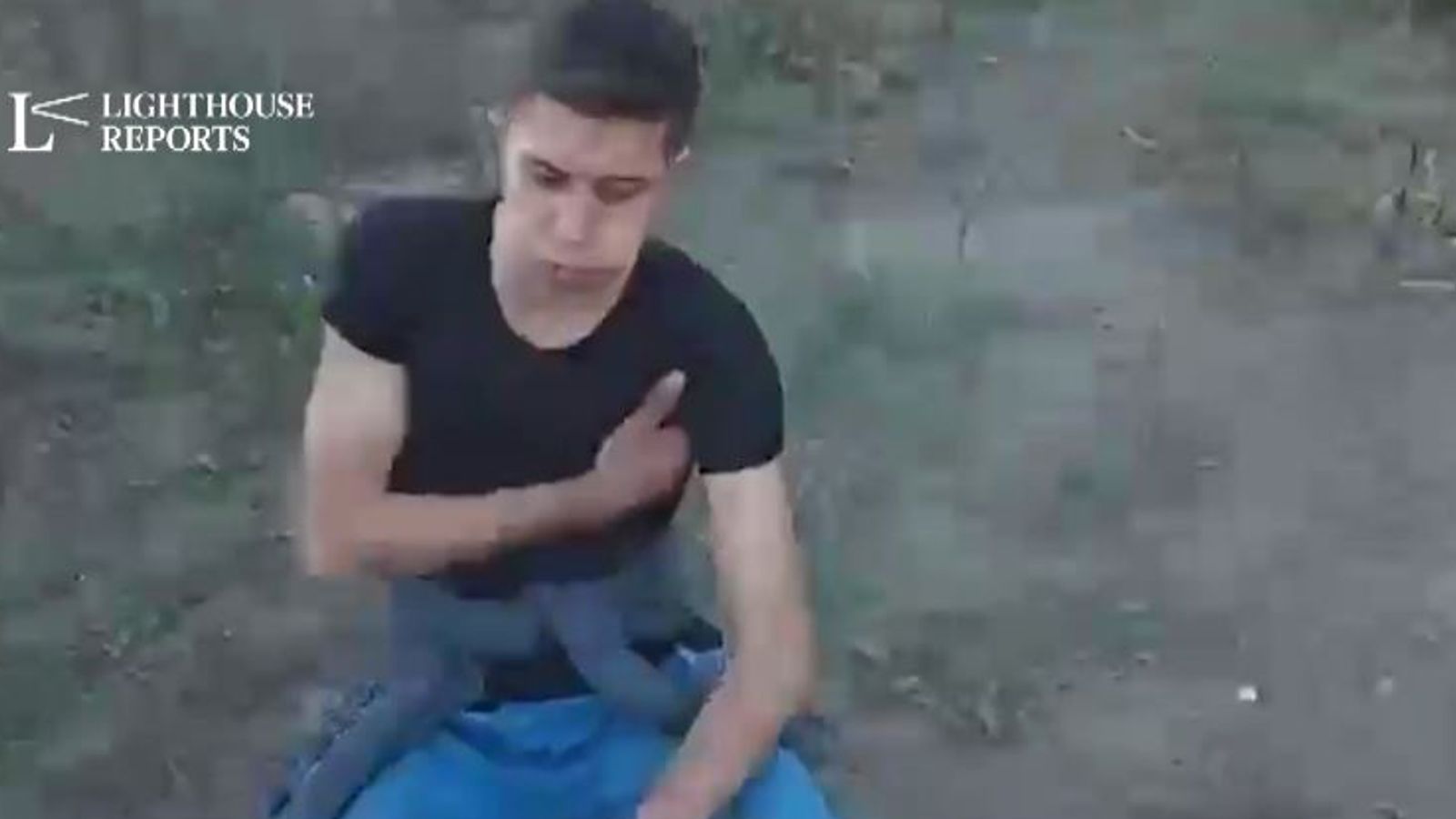 Bulgaria has been accused of shooting a refugee after a new video emerged showing a young Syrian man being fired at on the border with Turkey.

It is the first footage of an asylum seeker being hit with live ammunition on the EU border.

Footage taken on 3 October near the Bulgarian-Turkish border fence shows 19-year-old Abdullah El Rustum fall to the ground after a bullet goes through his hand and into his chest.

He has claimed he was shot by Bulgarian border officials after they caught his group illegally entering the country and pushed them back to Turkey.

“A green vehicle showed up with two Bulgarian officers in it. It came towards us and [they] started shooting in the air. They shot twice in the air and after that, they started shooting right in front of us on the ground,” he said.

“We didn’t get scared still and continued to argue this is not acceptable. ‘Why did you do this?’ After that, they hit me by shooting me directly,”

He added: “The way that he shot at me was a direct way and he intended to kill me.”

Bulgaria is part of the European Union and hopes to get membership of the Schengen area, which allows people to move freely across borders within it.

The country is often used as a gateway to get to other European countries.

Mr El Rustum claims an argument broke out after border officials searched women in the group in a “sexual” manner.

Mobile phone footage shows the group of asylum seekers throwing stones at the border fence from the Turkish side and swearing.

The tension then rises and a loud bang suddenly resounds through the forest.

The person shooting cannot be clearly seen, but it is known that as well as the refugees, the Bulgarian border forces were on the scene.

As part of the investigation, the footage was sent for analysis to Steven Beck, an audio forensic expert.

He analysed the waveform and spectre of the file and found that they were consistent with a muzzle blast from a small firearm fired in the direction of the person recording.

In the video, the person filming is facing towards the Bulgarian border.

Photos provided by the Bulgarian interior ministry show damage they say was caused by the stones thrown by the refugees.

According to its statement, a border policeman of the Sredets Border Police Station was injured by a stone.

The government says that the group burnt objects, and was hostile and aggressive.

It says an investigation was carried out and found “no shots were fired from our side”.

Illegal migration is a massive problem for Bulgaria.

Read more on Sky News:
Braverman vows to do ‘whatever it takes’ to tackle Channel crossings
Albanians ‘should be barred’ from claiming UK asylum

From the start of the year to 27 November, 153,460 people attempted to cross the Bulgarian-Turkish border, more than four times higher than in the period last year, according to official figures.

“Aggression by third-country nationals against GDBP [General Directorate Border Police] officers has increased significantly in recent times”, the Bulgarian interior ministry has claimed, adding that border guards at the fence were attacked with stones and flammable objects, injuring colleagues and damaging property.

According to the statement, two interior ministry officers recently died while trying to stop a bus with illegal migrants in the city of Burgas.

The surge in illegal immigration has also raised concerns about people being unlawfully pushed back.

Earlier this year, the United Nations’ refugee chief warned of a “disturbing pattern of threats, intimidation, violence” on the EU’s central and southeastern borders.

Pushbacks “entail a variety of state measures aimed at forcing refugees and migrants out of their territory while obstructing access to applicable legal and procedural frameworks”, according to the European Center for Constitutional and Human Rights.

We travelled to the area near where Mr El Rustum was shot to try to find people crossing to Bulgaria.

It wasn’t long before we saw signs of asylum seekers on the move.

We found patches of ground littered with bottles, energy drinks, clothes and some Syrian snacks, makeshift rest areas before the long journey through the dense forests ahead.

‘It’s better than being dead’

We stumbled upon a terrified group of Syrians who told us they were hoping for new futures in Europe as they fled the war at home.

After gaining their trust they told us their stories.

A 15-year-old showed us scars on his side and head that he said he got from being beaten by Bulgarian authorities on a failed crossing. This was his eighth attempt.

“One time we crossed the fence, and the Bulgarian police arrested us and started hitting us”, he said.

“They released dogs on us and then sent us back naked just wearing shorts.”

He claimed he saw someone shot in the leg by Bulgarian authorities two weeks ago after they tried to escape. Others in the group talked of systematic abuse.

A man named Kenan said once he was in a group that was arrested and taken by car to a forest.

“They put us in a hut and undressed us. Then they left us with a dog.”

We asked whether he was frightened of further violence on his next attempt.

‘More must be done’

And that’s the reality – fleeing war at home, most will risk beatings abroad.

The European Commission told Sky News that all border management must be rooted in respecting human dignity and the principle of non-refoulement.

Any allegations of violence or pushbacks are meant to be investigated by national authorities, according to Anitta Hipper, the EU Commission spokesperson for home affairs.

At a meeting at the end of November, EU home affairs ministers discussed the situation along all migratory routes and the challenges posed.

“In the past years, we have taken a number of measures to jointly address the migratory challenges we face”, Vit Rakusan, the Czech interior minister, representing the EU Council presidency, said.

“However, more can and must be done to find more sustainable solutions and adapt to the ever-evolving situation.”

The Bulgarian government denies the allegations, saying it follows international and domestic laws, adding aggression against border officials is increasing.

“Bulgarian security forces, with the help of Frontex, are on the front line every day to protect all European citizens,” the interior ministry said.

But the accusations are disturbing – threats, violence and intimidation routinely wielded on the edge of Europe.