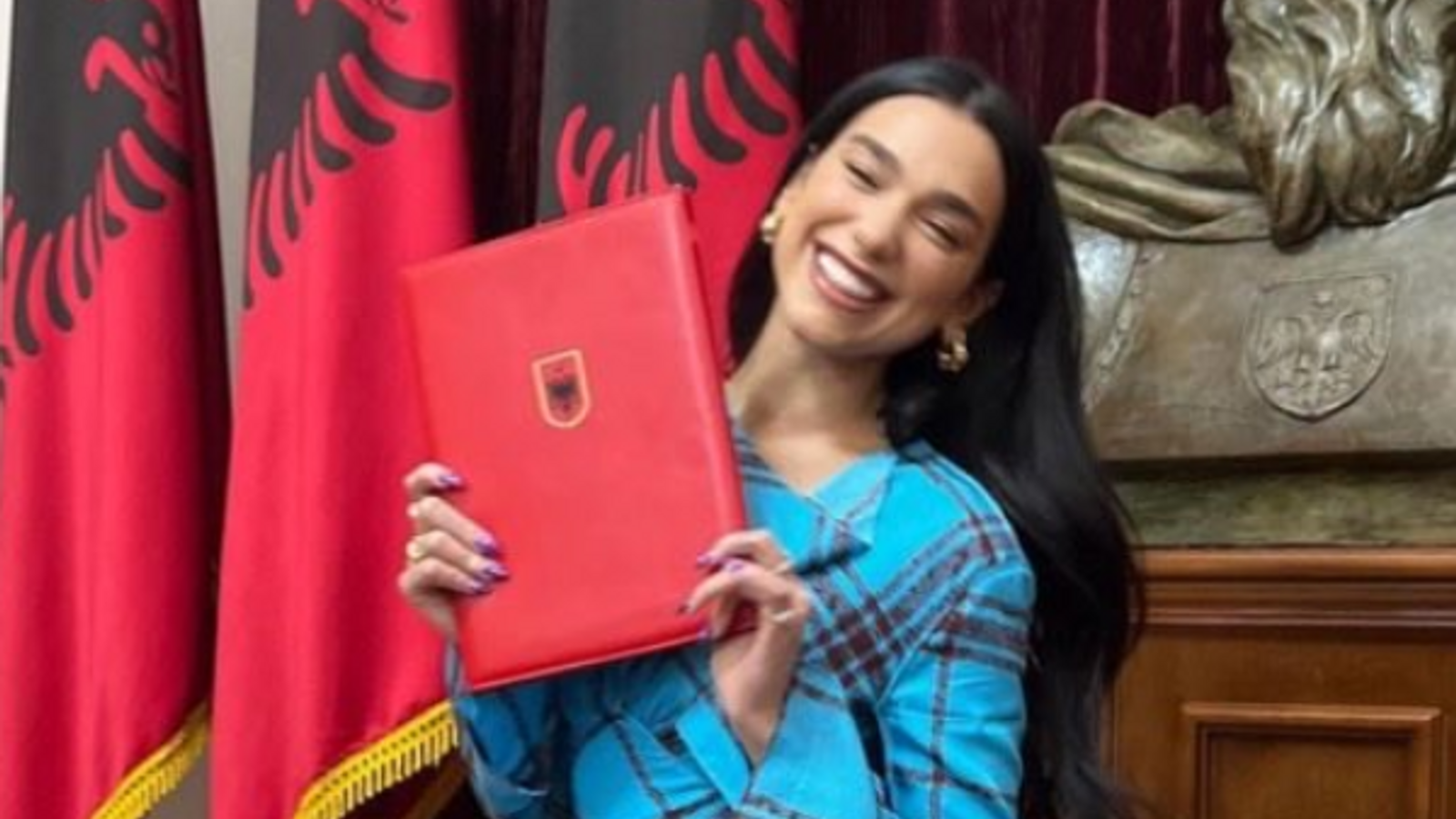 The London-born singer, whose parents are from the eastern European nation, took an oath at Tirana city hall.

The country’s president, Barjam Begaj, said she has made Albanians famous throughout the world because of her music.

The musician, 27, shared an image of herself in the city hall surrounded by Albanian flags and holding a folder emblazoned with the country’s emblem on Twitter.

She thanked Mr Begaj and Erion Veliaj, the city’s mayor, “for this honour” and added: “Got my Albanian citizenship!!”

Mr Begaj tweeted: “Happy to give the one and only Dua Lipa the decree of Albanian citizenship.

“She has made us proud with her global career and engagement in important social causes.”

Lipa was born in London in 1995 to Anesa and Dukagjin Lipa, who migrated from Kosovo, and as a child she spoke Albanian as her first language.

Speaking about her parents earlier this year, she told the American news service NPR: “In 1992, they moved to Kosovo as the war in Bosnia was happening.

“My mum is half Bosnian, so her mom was in Sarajevo at the time, but they moved to London as the situation started getting really difficult in ex-Yugoslavia.

“Something that people forget all the time is, people don’t really want to leave their country unless they really have to. It’s really out of necessity.”

Together with her father, she co-founded the Sunny Hill Foundation in 2016 to raise funds with annual concerts held in Kosovo to help people experiencing financial difficulties.

Surprise attack on secret military factory in Iran was Israeli raid, US officials say
Beyond the ‘balloon watch’ gimmicks this is an extremely serious moment
‘He embodies my son’: Michael Jackson’s nephew to play pop star in new biopic
Breaking down McGregor vs. Chandler on TUF and in the Octagon
Chinese Tesla rival Xpeng launches flagship EVs in Europe in international push