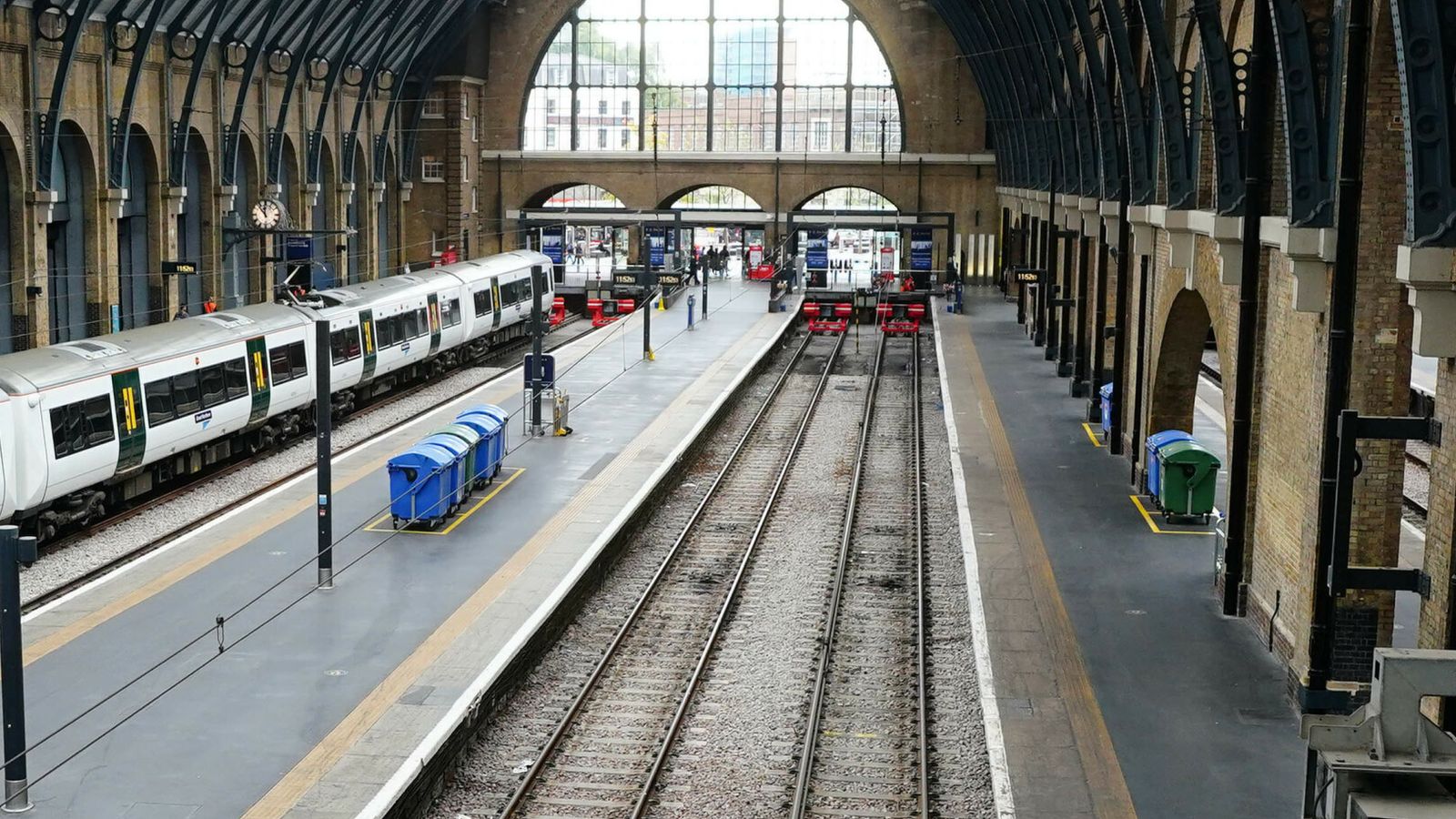 A fresh round of rail strikes in the run-up to Christmas and in the New Year have been announced.

Workers are to stage a series of 48-hour strikes in December and January in the long-running dispute over pay, jobs and conditions, the Rail, Maritime and Transport Workers (RMT) union said.

A ban on overtime will also be in force from 18 December through to 2 January.

The RMT cited a failure of rail bosses to offer new deals and alleged government interference in the negotiations.

Its statement said: “Despite every effort made by our negotiators, it is clear that the government is directly interfering with our attempts to reach a settlement.

“The union suspended previous strike action in good faith to allow for intensive negotiations to resolve the dispute.

“Yet, Network Rail have failed to make an improved offer on jobs, pay and conditions for our members during the last two weeks of talks.

“At the same time Rail Delivery Group, representing the train operating companies, have also broken a promise to make a meaningful offer on pay and conditions and even cancelled negotiations that were due to take place yesterday.”

Rail workers were due to take to the picket lines on 5, 7 and 9 November but cancelled walkouts and engaged in two weeks of talks.

Emerging from those talks, the rail operators were due to make written proposals for the union to offer to members, the RMT claimed.

General secretary Mick Lynch said: “After a fortnight of talks, the TOCs [train operating companies] had committed to making a firm offer in writing for the first time today.

“They cancelled the meeting at an hour’s notice, and we can sense the hand of the Tory government in this as we believe that they are not allowing an offer to be made.”

“This is on top of Network Rail failing to make a new proposal at the end of last week.” 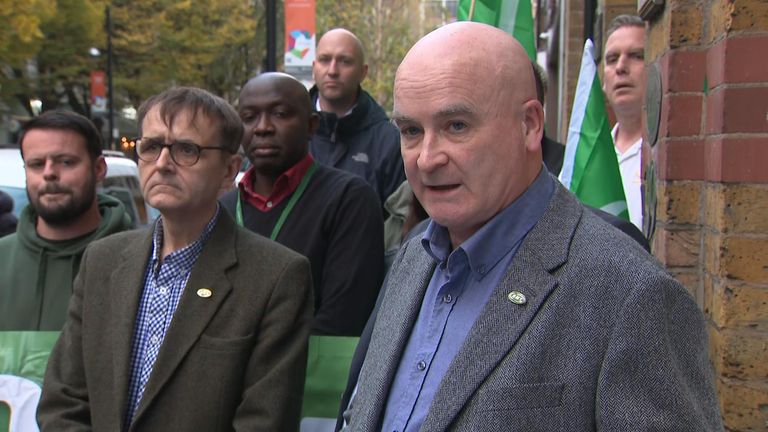 Rail strikes: ‘I’m not the grinch!’

The looming action is among headwinds for the country as the winter approaches.

PM Rishi Sunak warned his Cabinet on Tuesday that “challenging” months lay ahead amid the cost of living crisis, wider strike action and pressures on the NHS.

“We are continuing to call on union leaders to work with employers to come to an agreement that is fair to passengers, taxpayers and workers.”

Last week, the RMT was given a mandate by members to continue strike action for a further six months.

Tim Shoveller, Network Rail’s chief negotiator, said: “No-one can deny the precarious financial hole in which the railway finds itself. Striking makes that hole bigger and the task of finding a resolution ever more difficult.

“Only through reform, that will not result in anyone losing their job, can savings be made that can then be converted into an improved offer. And while progress has been made over these last two weeks, we still have yet to find that breakthrough.

“We will not give-up and hope that the RMT will return to the table next week with a more realistic appreciation of the situation.”

A spokesperson for the Rail Delivery Group, said: “We made real progress over the last fortnight of talks and for the first time in months we can see the outline of a credible deal.

“Further strikes, especially in the run up to Christmas, will disrupt the first normal festive season our passengers have been able to look forward to since the COVID pandemic, taking even more money out of the pockets of railway staff, and will cause huge damage to the hospitality and retail sectors dependent on this time of the year for their businesses.

“We owe it to them to stay round the table.

“Industrial action has already cost the industry millions in lost revenue, is stalling its post-pandemic recovery, and threatening its long-term sustainability.

“We are asking the RMT to stay at the negotiating table, work with us towards a fair deal and end a dispute that is harming passengers, the industry, and their members.”

The RMT is just one of many unions having organised and currently threatening industrial action.

The Communications Workers Union, who represents Royal Mail workers, is voting on Tuesday whether they have confidence in the company’ CEO, Simon Thompson.