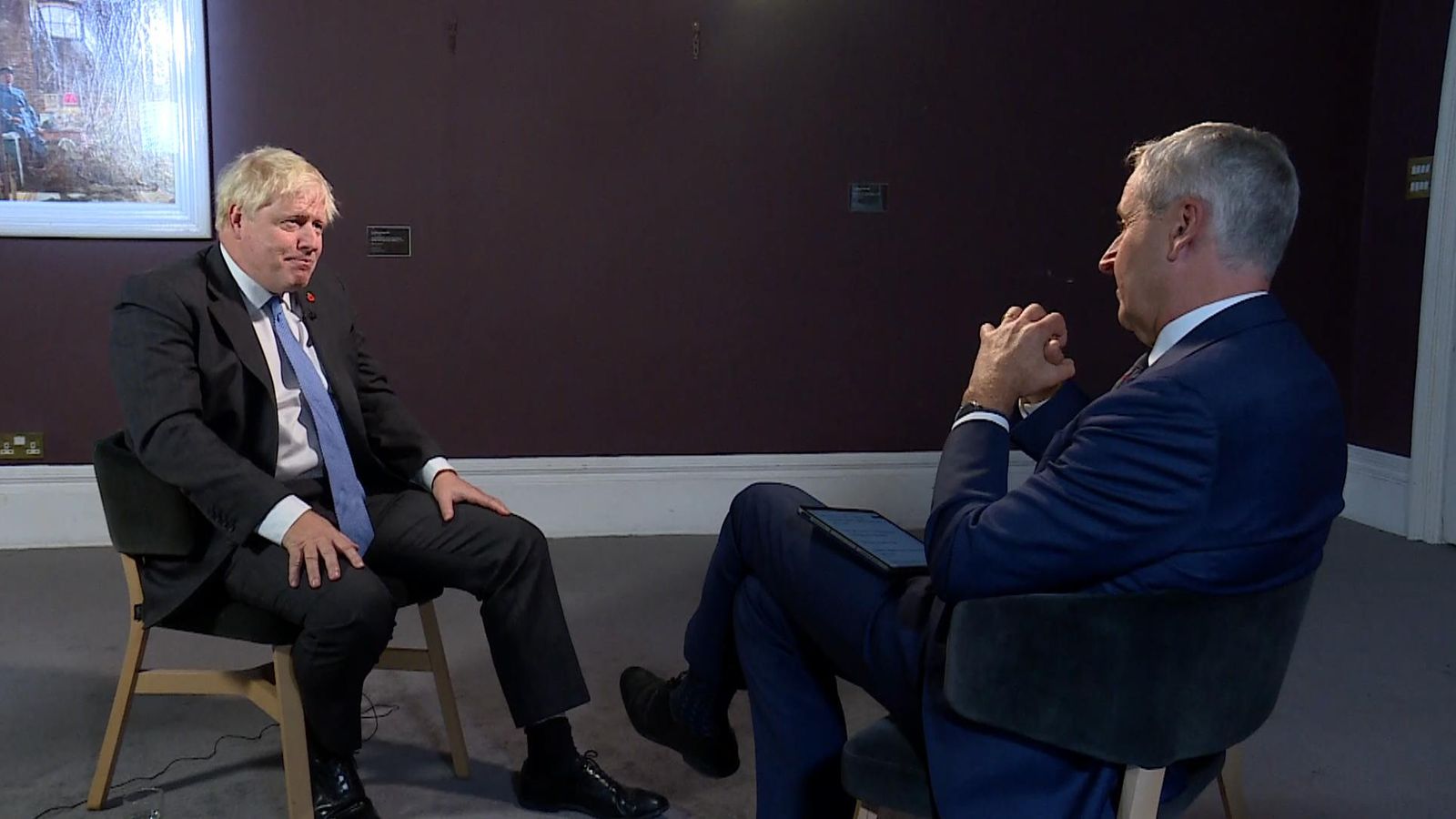 Boris Johnson has confirmed he will attend COP27 in Egypt next week as question marks remain over whether the UK’s new prime minister will join him.

In an exclusive interview for Sky News’ Ukraine: A Modern War programme, the former PM told Mark Austin he was “invited by the Egyptians” to the climate conference.

And he said he was “very happy to go”, adding: “I happen to have a particular interest.”

Mr Johnson claimed it had “become unfashionable” to talk about the previous COP that was held in Glasgow last year – perhaps making a dig at some of his less climate conscious colleagues in parliament.

But he said the conference had been a “fantastic global success” which did “a huge amount of good for the planet”, and at this year’s event, due to kick off on Sunday, he wanted to “talk a little bit about how I see things and how we see things in the UK”.

During the interview, Mr Johnson also told Sky News Vladimir Putin “would be crazy” to use a tactical nuclear weapon in Ukraine and that he did not think he would.

You can watch the full interview on Ukraine: A Modern War on Sky News from 7.30pm tonight

Mr Johnson’s confirmation could put additional pressure on Rishi Sunak to attend COP27, rather than leaving the global stage for his predecessor to perform on.

Initially, the new resident of Number 10 was not going to head to the conference in Sharm El-Sheikh due to “other pressing domestic commitments”.

But Mr Sunak faced a raft of criticism, with Labour leader Sir Keir Starmer accusing him of displaying a “failure of leadership” and Greenpeace UK saying he was not taking climate change “seriously enough”.

COP26 president and former cabinet minister Alok Sharma – who lost his seat at the table in the new PM’s reshuffle – also suggested Mr Sunak risked undermining the UK’s position as a world leader on green issues if he shunned the conference.

Within days, Downing Street changed course, saying the PM’s attendance was “under review”, depending on progress around preparation for the economic statement, set for 17 November.

A spokesperson for the Scottish government also confirmed last week that First Minister Nicola Sturgeon is planning to attend.

Mr Sunak’s predecessor Liz Truss had been due to go to the summit before the demise of her own premiership.

King Charles, who as Prince of Wales was a vocal campaigner on climate issues, will also not attend this year, but will host a reception for key COP27 figures at Buckingham Palace on Friday ahead of the event.

‘It was shocking to see the material was that bad’: Friend of girl who died from self-harm hits out at social media
Lobov files suit vs. McGregor over whiskey brand
Gunman pleads guilty to murder and hate-motivated terror charges after supermarket shooting
In pictures: Stars take flight in New York’s Thanksgiving parade
China expands lockdowns as COVID cases soar to daily record high