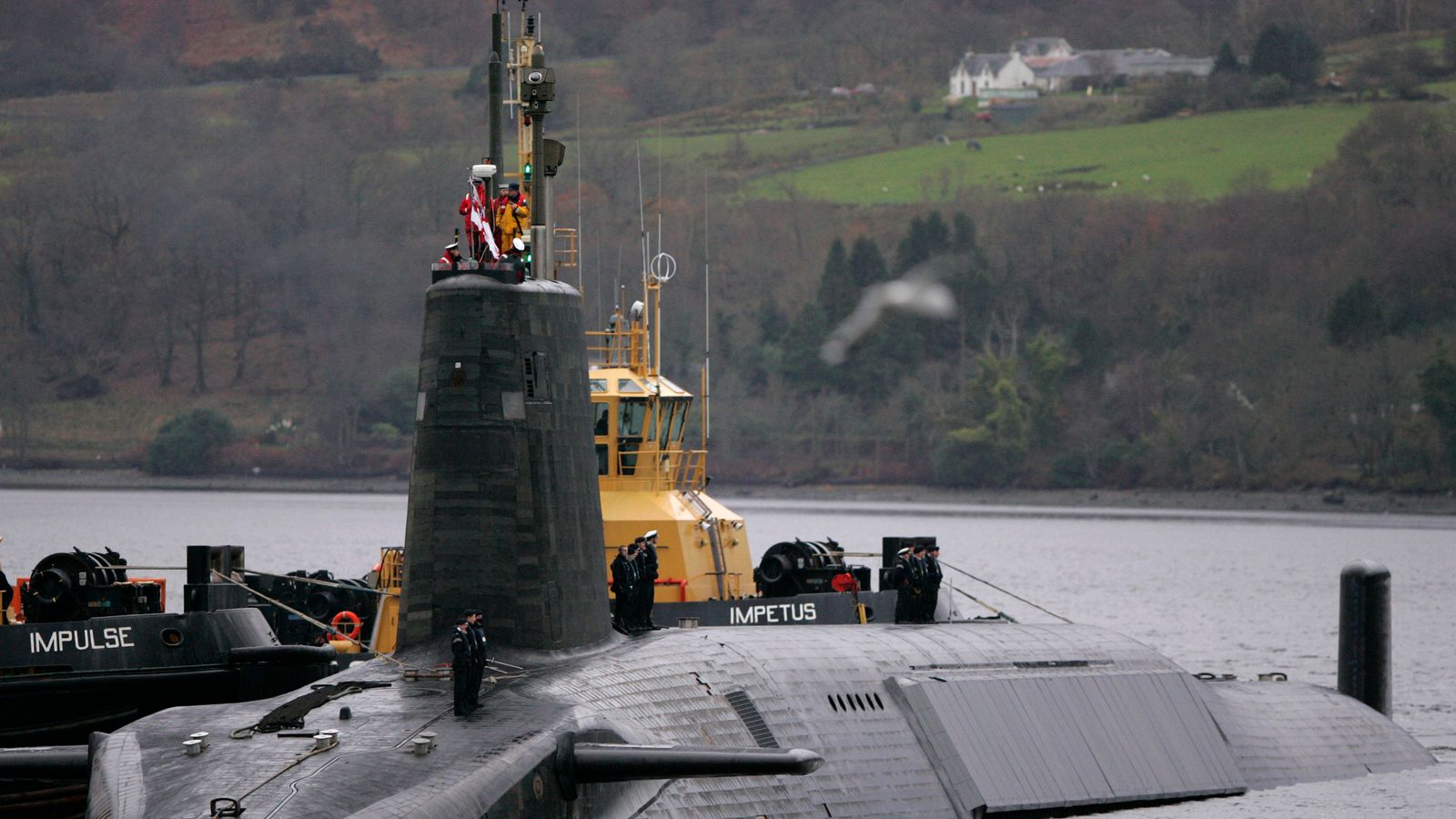 The head of the Royal Navy has ordered an investigation into “abhorrent” claim of “sexual bullying” in the submarine service.

Admiral Sir Ben Key, the First Sea Lord, said sexual assault and harassment has no place in the Royal Navy and that anyone who is found culpable will be held accountable.

Responding to the allegations personally on Twitter, he said: “I am deeply disturbed to hear of allegations of inappropriate behaviour in the submarine service and I want to reassure our people, and anyone who is reading this, that any activity which falls short of the highest of standards the Royal Navy sets itself is totally unacceptable and not a true reflection of what service life should be.

“These allegations are abhorrent.

“Sexual assault and harassment has no place in the Royal Navy and will not be tolerated.

“I have directed my senior team to investigate these allegations thoroughly.

“Anyone who is found culpable will be held accountable for their actions regardless of their rank or status.”

The statement from the First Sea Lord comes The Daily Mail said submariners compiled a “crush depth rape list” in which women were ranked in the order they should be raped in a catastrophic event, and that women were frequently screamed at, called c**** and hit with clipboards and pens.

Speaking to the newspaper, former lieutenant Sophie Brook, 30, said: “The best thing I ever did was leave the Navy but I worry about the women I left behind. It was just a constant campaign of sexual bullying.”

She told the newspaper she loved the job, but said: “It’s just unfortunate the ‘old boys’ club’ makes it such a hostile and misogynistic place.”

The Mail said Ms Brook left the Navy when she was investigated for sharing sensitive information about her submarine’s movement in an email.

The newspaper said she resigned in January but was formally dismissed in June and handed a suspended prison sentence.

The Ministry of Defence (MoD) says that, while most Royal Navy personnel enjoy rewarding careers, for some, predominantly women, their experience has been affected by inappropriate sexualised behaviour.

They say they accept that more needs to be done and that they are improving reporting mechanisms for sexual offences.

Earlier this year, the MoD announced a zero-tolerance policy to sexual offences aligning the Royal Navy, RAF, and Army under one approach.

The protesters on streets across China know what will follow for them
Teenager denied request to watch execution of father by lethal injection
How Michael Pittman Jr.’s stutter has helped shape him into a leader for the Colts
Meet the rising stars shortlisted for Brit Award previously won by Adele, Sam Smith and Celeste
Inflation-busting pay rises for public sector workers ‘unaffordable’, says minister