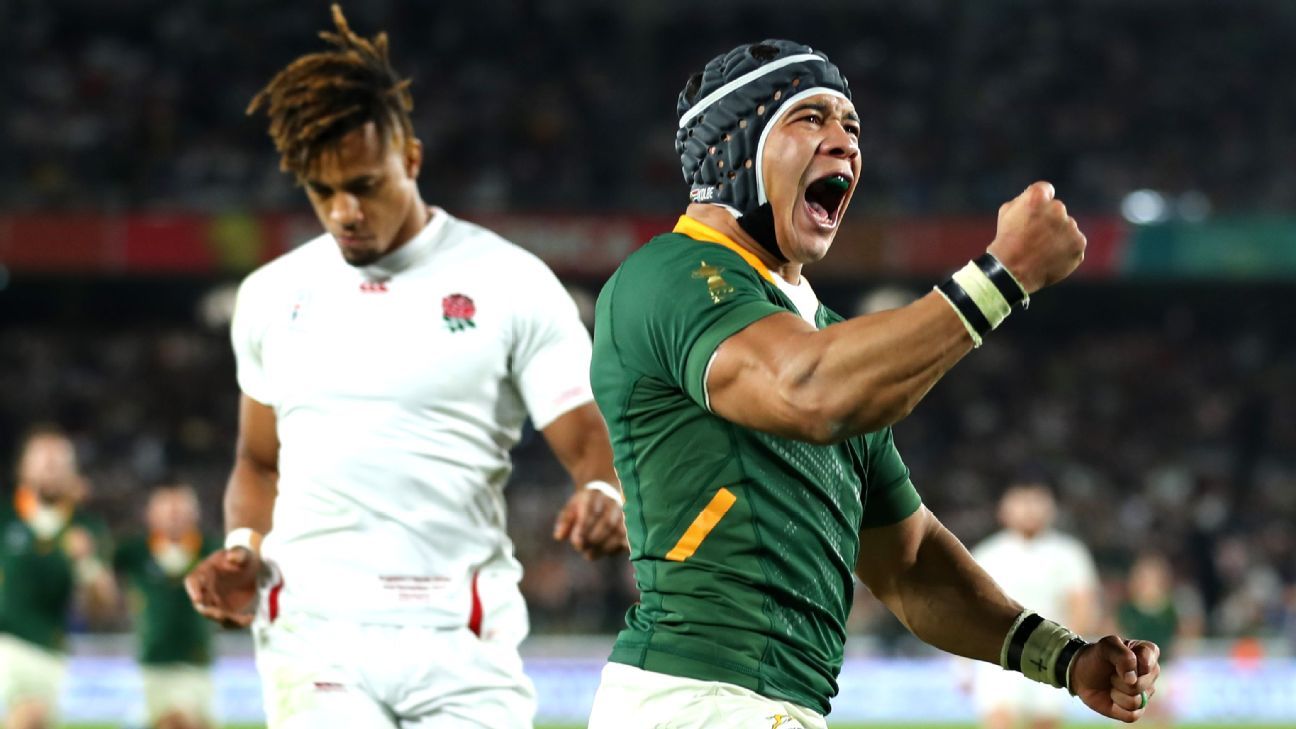 South Africa have included uncapped flyhalves Manie Libbok and Sacha Feinberg-Mngomezulu in their squad for next month’s autumn international series, and electric winger Cheslin Kolbe returns after recovering from injury.

The Springboks will play four Tests, starting against Ireland in Dublin on Nov. 5, followed by matches on consecutive Saturdays against France, Italy, and England.

The Boks face a mini-crisis at flyhalf with regular first choice Handre Pollard injured, Elton Jantjies unavailable for selection, and the experienced Frans Steyn also on the treatment table.

But the Stormers pair of Libbock and Feinberg-Mngomezulu have shown excellent form in the United Rugby Championship.

Feinberg-Mngomezulu, 20, who also holds a British passport, is a reported target for England coach Eddie Jones so is likely to be capped on tour by the Boks at some stage to ward off that attention.

“Manie and Sacha have shown what they are capable of at United Rugby Championship and Junior Springbok level,” Bok coach Jacques Nienaber said in a media release from South African Rugby.

“We are facing three of the top five teams in the world in Ireland, France and England, and we are building our squad for the World Cup next year at the same time, so it was important to maintain consistency in selection while also rewarding a few talented young players.”

Injuries to key players have “granted us an opportunity to see what the next generation of players can do,” he added.

There is also a recall for Leinster lock Jason Jenkins, while Kolbe has returned from a jaw injury.

But Lukanyo Am has not recovered in time, meaning there are three specialist centres on tour in Damian de Allende, Andre Esterhuizen, and Jesse Kriel.

South Africa have also selected an ‘A’ squad that will take on Irish side Munster and Bristol Bears in midweek games.

This will be a selection made up from players in the main Bok squad and some notable other names, including flyhalf Johan Goosen, centre Cornal Hendricks and scrumhalf Herschel Jantjies.

Musk would back Trump rival in 2024 election – with former president under fire for dining with white supremacist
A wave-powered prototype device is aiming to produce drinking water from the ocean
Could arts funding cuts and cost of living crisis affect your favourite TV shows and films?
NASA’s Orion Spacecraft Enters Lunar Orbit a Week After Artemis I Launch
How FTX ‘death spiral’ spelled doom for BlockFi, according to bankruptcy filing