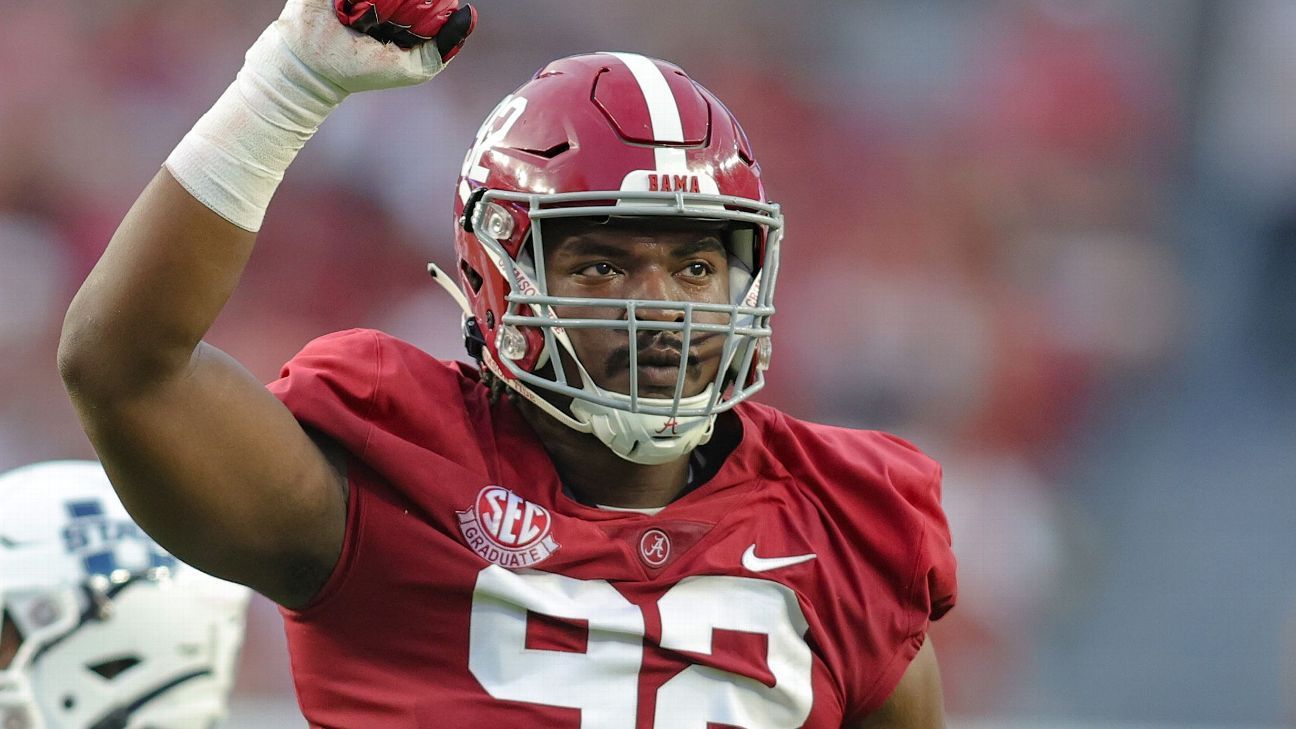 TUSCALOOSA, Ala. — Alabama defensive lineman Justin Eboigbe is likely out for the season with a neck injury.

Crimson Tide coach Nick Saban said Wednesday that Eboigbe has had surgery. He played in the first four games but hasn’t seen action since.

“He had a procedure done that would enhance his opportunity to be able to play in the future, but I don’t think that’s going to come this season,” Saban said.

Eboigbe made 11 tackles and had two quarterback hurries in the first four games. Saban had announced his injury after Alabama beat Arkansas on Oct. 1 without giving a timetable for Eboigbe’s return.

He has played in 42 games over the past three-plus seasons, recording 59 tackles.

Woman abducted as a baby reunited with family 51 years later
Putin trying to ‘starve Ukrainians into giving up war but will fail’
Yellow weather warning as heavy rain and strikes set to cause travel disruption today
‘Living in a nightmare’: Kyiv families without water or electricity in suffering ‘worse than WWII’
‘Heated’ and ‘really ugly’: Europe fails to thrash out details on gas price cap as talks turn sour