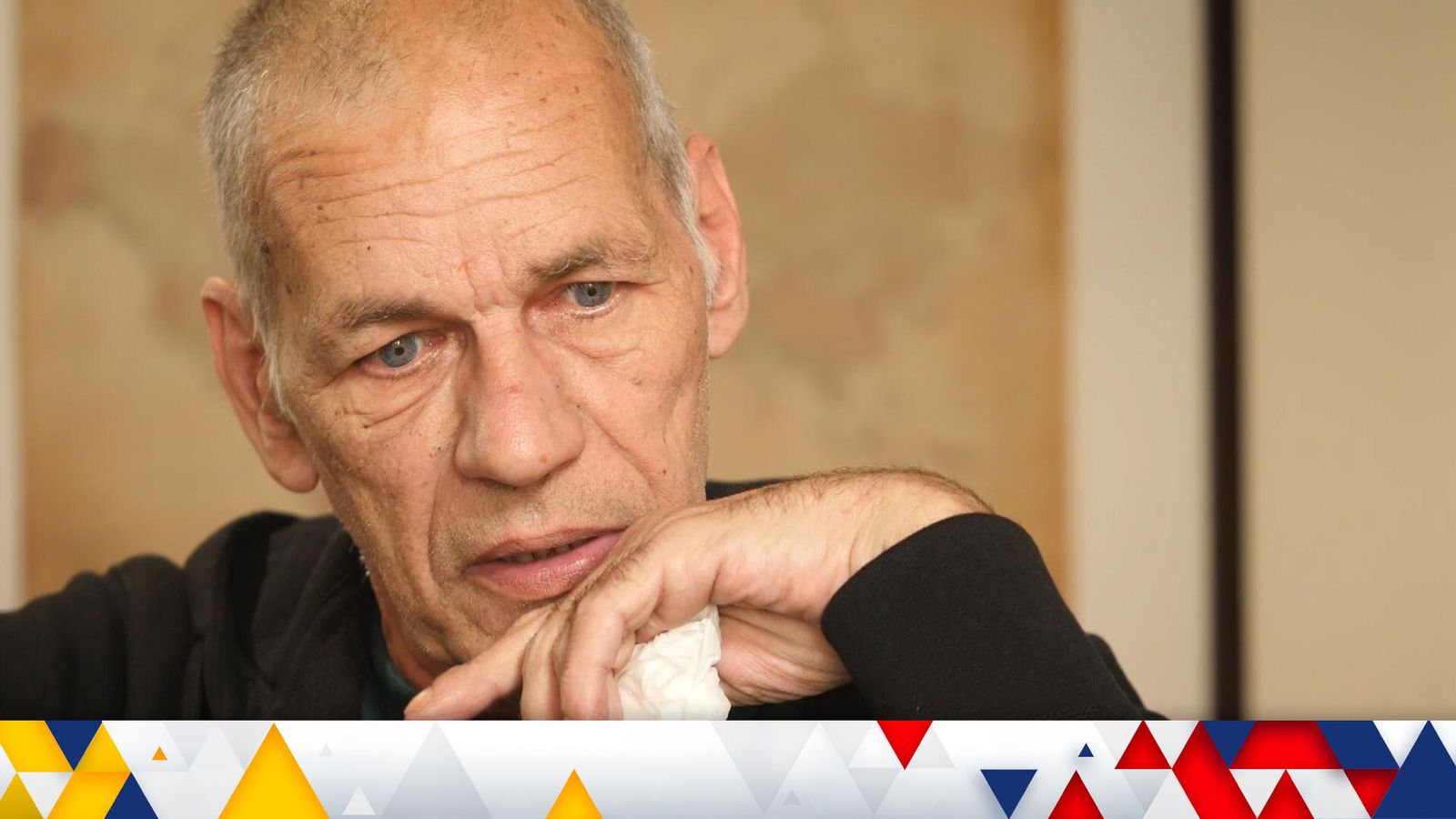 A freed British prisoner of war who was held by Russian-backed separatists has told Sky News how he was tortured over several days.

John Harding said he was used as a “punching bag” by the guards in a holding facility in the self-declared Donetsk People’s Republic in eastern Ukraine.

The centre was run by the MGB, which he said was the Donetsk equivalent of Russia’s FSB, formerly the KGB.

He said he was held there for about nine days in a small cell about 3ft by 6ft, between being taken to the prosecutor’s office for questioning.

Mr Harding was one of five Britons freed in recent days in a prisoner swap with Russia. He is now back in the UK after his release with the help of the Ukrainians and the Saudis.

Mr Harding, 59, had been in Ukraine teaching its soldiers how to use first aid kits.

When the Russians crossed the border in the February invasion, they were near his base and he ended up in the Azovstal steel complex in Mariupol, where he and his colleagues fled because it was a good defensive position with underground tunnels.

They were surrounded after the site was besieged by Russian forces and famously held out there for a number of weeks before surrendering in May due to running out of ammunition.

He said he was originally taken to a prisoner of war camp for about four days before being transported to the holding facility where he suffered days of torture.

Mr Harding said he suffered a fractured sternum, damage to his coccyx, broken ribs and neurological damage to his hand in Donetsk.

He said he was beaten up about five to six times by the guards “for fun”.

In the worst attack, which lasted about 30 minutes, he said he was handcuffed with his arms behind his back and was pushed to the floor.

He said at least four guards kicked him in the chest, ribs, kidneys and in the face.

“One guy stood on my hips and jumped up and down on me,” he said.

He added: “I think I used to quite annoy the guards because I tend not to scream when I’m beaten and I think that annoyed them.”

Mr Harding admitted he feared for his life several times.

“I had a feeling… if they kicked you to death they wouldn’t be that bothered. More than once I was of the opinion I wished to just get it over with. I thought it was heading that way. And they were just prolonging it. Making it unnecessarily long.”

“If you are going to be killed better to get it over with. They enjoyed it, the tormentors.”

“I was prepared for the worst and possibly at that point I didn’t see any escape.”

He said he was given “very little food and water” and not allowed any exercise during his time there.

Mr Harding said most of the time in his cell was spent listening out for guards.

“You were always aware that there was a camera in the corner of the cell.

He says being seen too static could be dangerous, especially if asleep.

Mr Harding said after about nine days in detention he was moved to a civilian prison where he was kept for months until his release.

He said the treatment in the jail was not as bad as that which he faced in the detention centre.

Harden returns for 76ers after 14-game absence
OPEC+ agrees to stick to its existing policy of reducing oil production ahead of Russia sanctions
Squad solar electric city car is coming to the US for $6,250
Tankers seen heading to Russia as oil price cap goes into effect on exports
49ers’ Garoppolo has broken foot, out for season