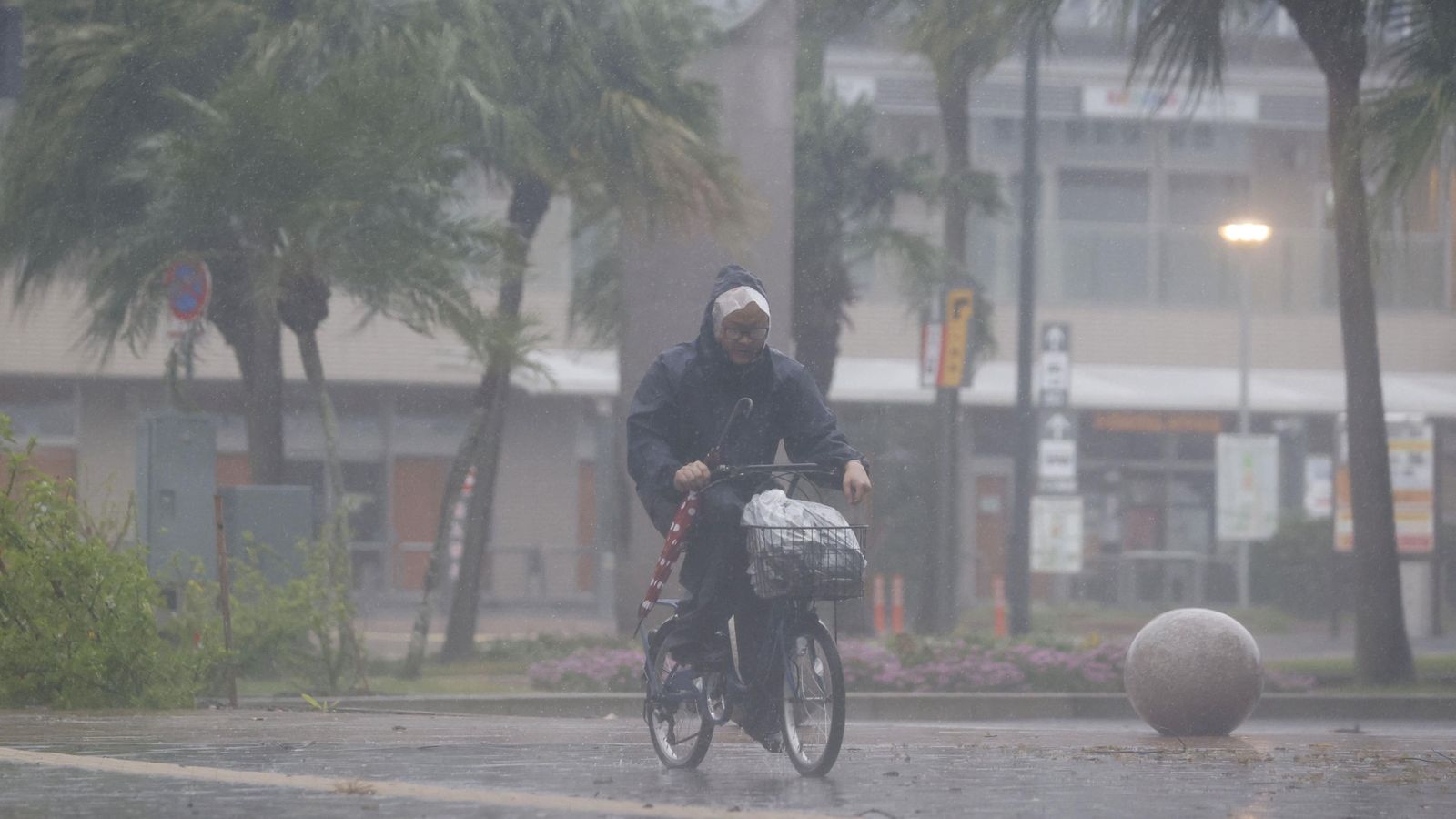 A powerful  typhoon bearing down on southern japan has seen the region battered by gales and torrential rain leading to blackouts, major transport disruption and the evacuation of thousands of people.

Weather forecasters have warned of strong winds and high waves “like never experienced before”, with the threat of rivers overflowing and landslides.

Typhoon Nanmadol, classified as a super typhoon by the US Navy’s Joint Typhoon Warning Center, is slowly heading north to the country’s main southern island of Kyushu.

The Japan Meteorological Agency (JMA) said the area faces being deluged by 500mm (20in) of rain and wind gusts of up to 155mph (250kph) on Sunday.

Nanmadol is then expected to turn east and reach Tokyo on Tuesday before moving out to sea.

In affected areas, thousands of residents have taken shelter at evacuation centres.

Kyushu Electric Power Company said more than 93,000 homes across the island were without electricity on Sunday because of damage to power lines.

Hundreds of domestic flights in and out of the region have been cancelled and more are planned to be grounded in western Japan until Tuesday.

Public transport, including rail services and buses, have also been suspended along with the famous bullet train.

Hundreds of shops have closed in the face of the extreme weather.