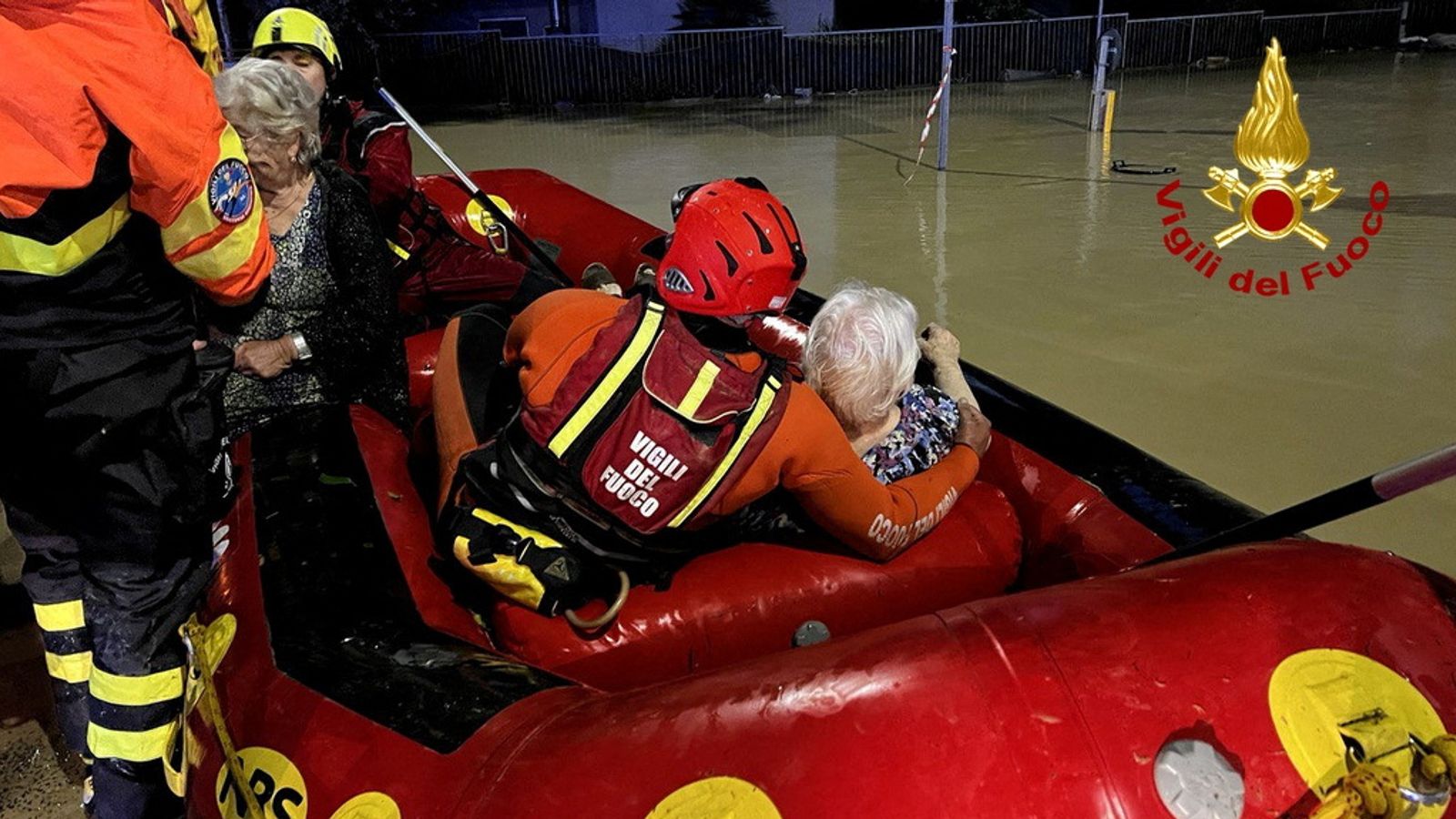 At least eight people have died after devastating flash floods likened to an earthquake swept through villages in central Italy on Thursday night.

Three people are missing after deluges saw 40cm of rain dumped in the region of Marche.

Local authorities said they were unprepared for the sudden “water bomb” to drop within just two to three hours, which saw cars being washed away.

The water has submerged the streets of several towns in the region’s capital, Ancona, on the Adriatric coast, and Pesaro-Urbino provinces.

Rescue workers were pictured using dinghies to bring people to safety as others attempted to clear debris.

Mayor of the town of Serra Sant’Abbondio, Ludovico Caverni, said the downpours were “like an earthquake”, RAI state radio reported.

“We were given a normal alert for rain, but nobody had expected anything like this,” he told reporters.

The head of the national civil protection agency, Fabrizio Curcio, is travelling to Ancona to assess the damage.

Italian police said some villages have been isolated and many roads are closed as a result of extreme weather, which left a trail of destruction.

Leader of the centre-left Democratic Party, Enrico Letta, said it would suspend campaigning in Marche as a “sign of mourning” and to enable local activists to help flood-hit communities.

Mr Letta tweeted on Thursday morning: “Stunned and speechless in the face of the tragedy that struck Marche.

“Thinking (of) and crying for the victims.”

He expressed his hope that rescue workers would be “successful in their relentless work”.