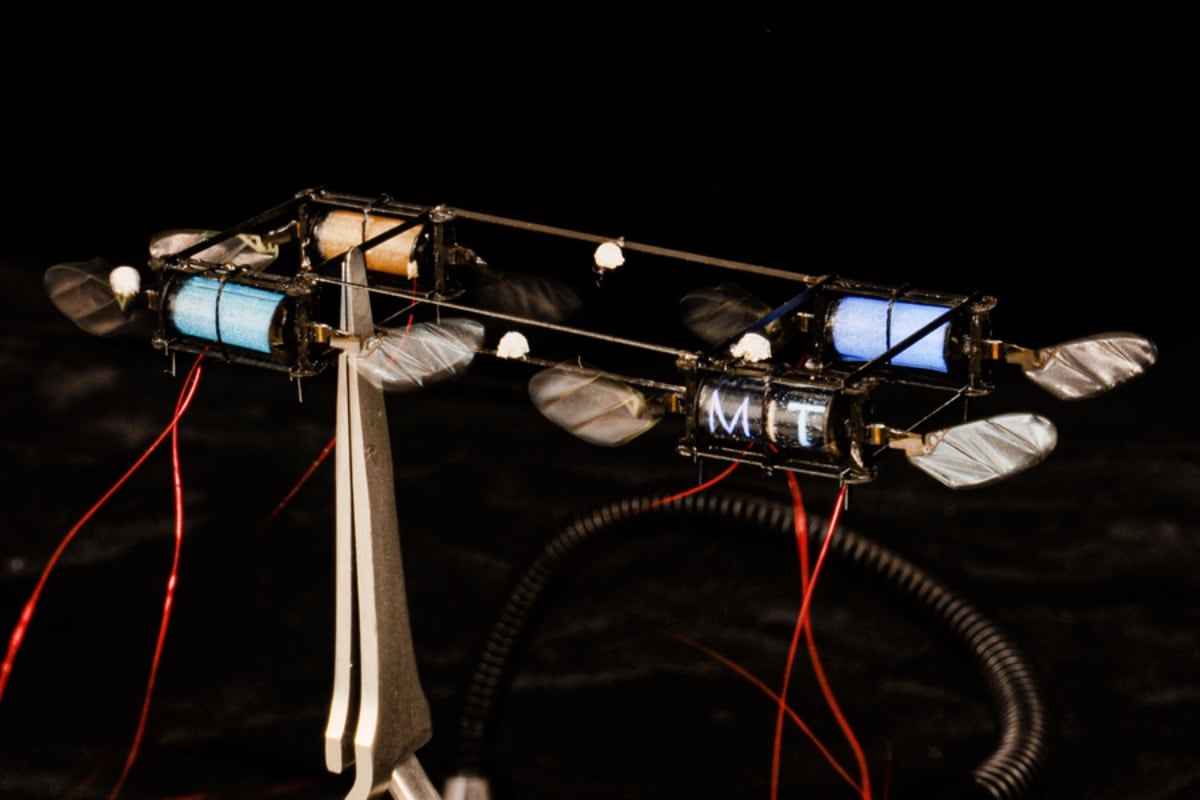 A team of researchers at the Massachusetts Institute of Technology, inspired by fireflies, created insect-sized robots that emit light when they fly. Fireflies are known for their luminescence which they use for communication purposes. The MIT researchers who created these tiny robots intended something similar.

The ability of these tiny robots to emit light can enable them to communicate with each other. It also makes tracking the robots more precise and efficient. While large robots can communicate using myriad tools, robots as tiny as these cannot.

“This is a major step forward flying these robots in an outdoor environment where we do not have well-tuned state-of-the-art motion tracking systems,” said Kevin Chen, senior author of the paper, in a statement.

Kevin and his team started off with a new fabrication technique that churns out soft actuators. These actuators work as muscles for the robots enabling them to flap their wings. They used ultrathin layers of elastomer and carbon nanotube electrodes, alternatively stacked, to make these artificial muscles.

Following this, the researchers have incorporated zinc sulphate particles which have electroluminescent properties.

The robots, now equipped with light-emitting wings, can help them to communicate and fly outside the lab. Its application fits in multiple domains, including search-and-rescue missions where these robots can find survivors and use light to signal others.