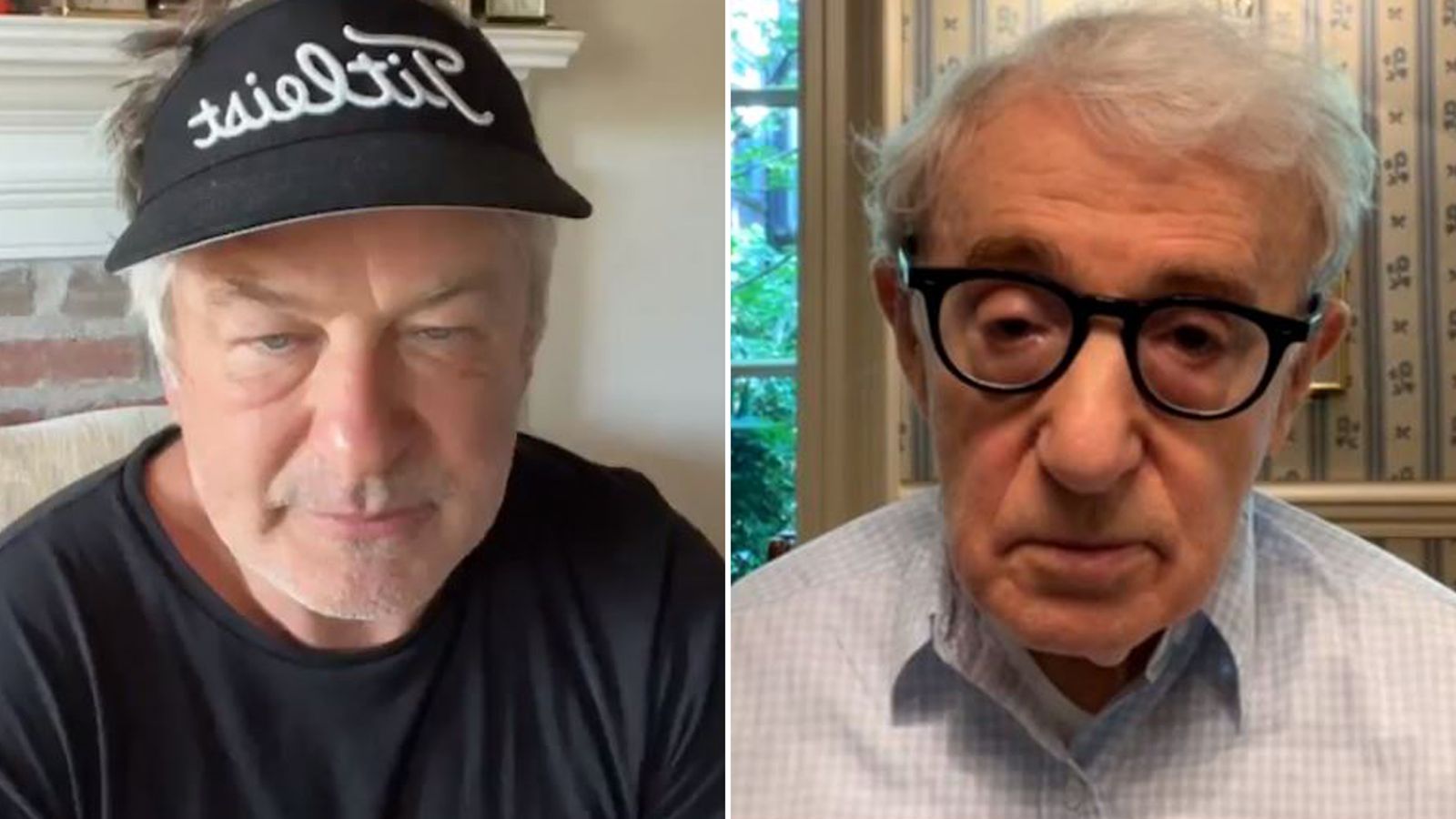 Woody Allen has hinted that he might give up filmmaking while speaking about his career during a rare media appearance chatting to actor Alec Baldwin live on Instagram.

The pair chatted for almost an hour, but while Allen spoke about his recent memoir, social media and his career, he did not address the sexual abuse allegation that has followed him for decades, which he has always vehemently denied.

Speaking about writing and directing, he said he had started to enjoy not working during the pandemic.

“I’ll probably make at least one more movie, but the a lot of the thrill is gone because it doesn’t have the whole cinema effect,” Allen told Baldwin.

“When I started, you’d do a film and it would go into a movie house, movie houses all over the country, and people would come, you know, by the hundreds to watch it in big groups on a big screen.

“Now you do a movie and you get a couple of weeks in a movie house, maybe six weeks, four weeks, two, whatever. And then it goes right to streaming or right to pay-per-view. And people love sitting home with their big screens and watching on their television sets and they have good sound and clear picture.

“But it’s not the same as when I went into the movie business and so it’s not as enjoyable to me as it was. I don’t get the same fun of doing a movie, putting it in a movie house… it was a nice feeling to know that 500 people were seeing it at once.”

He later added: “I don’t know how I feel about making movies… I’m going to make another one and I see how I feel.”

More than 2,800 Instagram users tuned in to watch the Instagram Live discussion at one point, but comments were switched off. The interview was held to promote Allen’s new book Zero Gravity, a new collection of “casual” comic pieces – some featured in The New Yorker – which will be released in August.

Allen, whose account on the social media platform appeared to have been set up in time for the interview, with posts starting on Monday, disappeared from the feed a couple of times during the chat due to connectivity problems.

Baldwin: ‘I could not care less about speculation’

Baldwin had promoted it beforehand, writing: “Let me preface this by stating that I have ZERO INTEREST in anyone’s judgments and sanctimonious posts here.

“I am OBVIOUSLY someone who has my own set of beliefs and COULD NOT CARE LESS about anyone else’s speculation. If you believe that a trial should be conducted by way of an HBO documentary, that’s your issue.”

In 2021, HBO and Sky aired a four-part documentary series, Allen v Farrow, about the abuse claim the filmmaker has faced for decades – that he sexually assaulted his adopted daughter, Dylan Farrow, when she was seven years old.

Allen did not appear in the documentary but has always strenuously denied the allegation, saying Dylan was “coached” by her mother Mia Farrow following his affair with Soon-Yi Previn, another of the actress’s adopted daughters from a previous relationship – whom he has now been married to for almost 25 years. Previn was in her early 20s at the time.

The filmmaker has never been charged with an offence and for a long time, neither his relationship with Previn nor the Dylan Farrow allegation seemed to have any impact on his prolific career. However, it came back into the spotlight following the rise of the #MeToo movement.

What happened on the set of Rust?

Baldwin, 64, has also faced controversy in the past year. In October 2021, cinematographer Halyna Hutchins died after a prop gun held by the actor fired a live round during rehearsals for his film, Rust.

The actor was one of the producers of the Western, as well as its star.

In April, a report into the incident on set found management “knew that firearm safety procedures were not being followed“.

Baldwin is fighting a number of lawsuits stemming from the incident, with cases brought by script supervisor Mamie Mitchell and head of lighting Serge Svetnoy, as well as Ms Hutchins’ family.

He and his wife Hilaria are currently expecting their seventh child. Baldwin is also father to Ireland Baldwin, 26, his daughter with actress Kim Basinger.