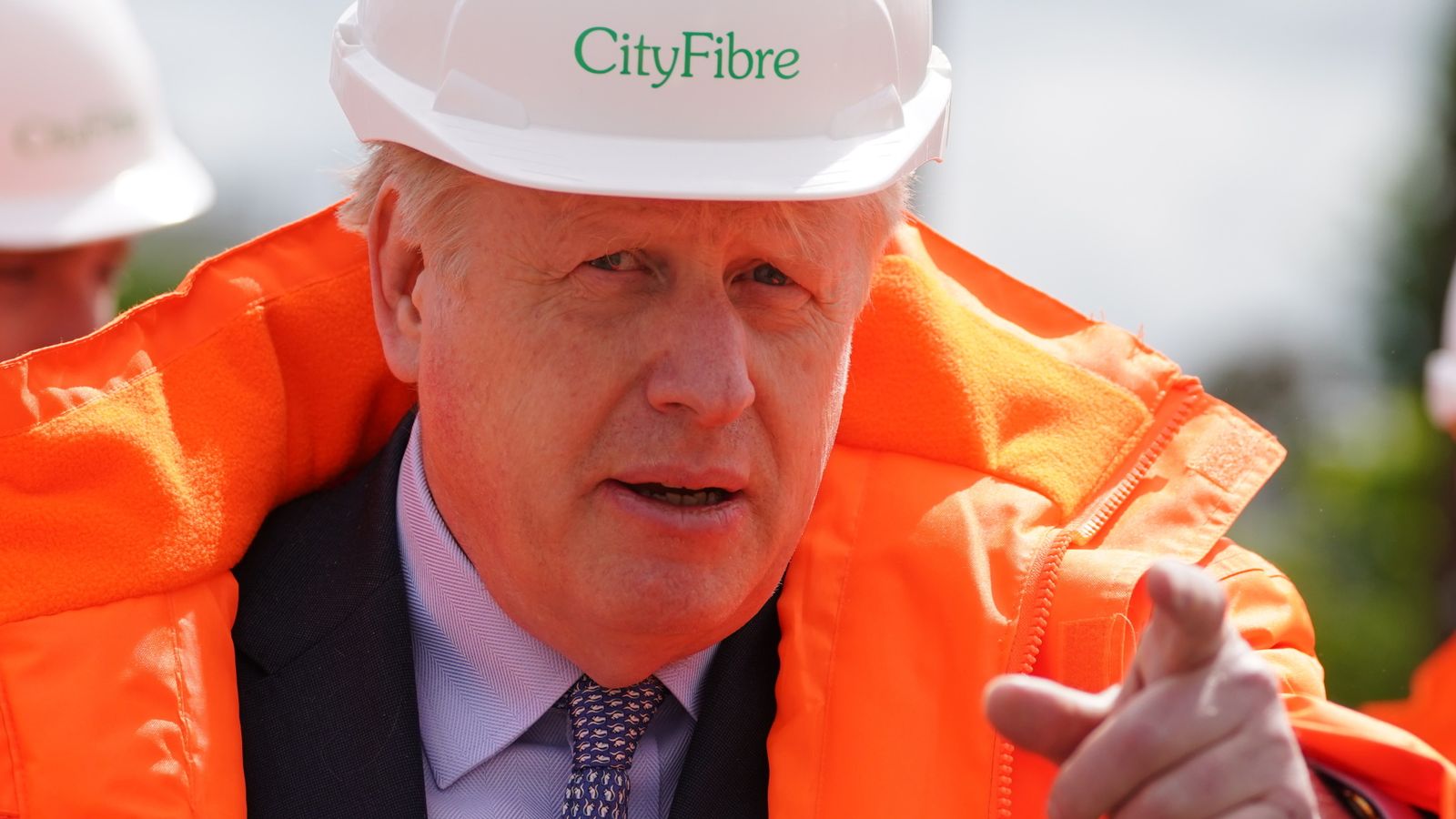 Prime Minister Boris Johnson’s own ethics adviser has asked him to explain why he believes he has not broken the ministerial code after being fined for a lockdown breach.

Lord Geidt said there was a “legitimate question” over whether the code has been broken – which would normally mean a minister would have to resign.

“It may be that the prime minister considers that no such breach of his ministerial code has occurred. In that case, I believe a prime minister should respond accordingly, setting out his case in public,” he added.

In an exchange of letters the prime minister replied that there was “no intent to break the [COVID] regulations”.

“I did not consider that the circumstances in which I received a fixed-penalty notice were contrary to the regulations,” Mr Johnson replied.

“I have accepted the outcome and paid it in compliance with legal requirements. Paying a fixed-penalty notice is not a criminal conviction.”

Lord Geidt said he had repeatedly told the prime minister to publicly explain why he thought incurring a fixed-penalty notice would not be in breach of the code of conduct for ministers, but said: “That advice has not been heeded.”

He said the prime minister had “made not a single public reference to the ministerial code”.

Last week, Mr Johnson was accused of watering down the ministerial code after the government said it was being updated to make clear that ministers will not necessarily have to resign for more minor violations.

Instead the prime minister will have the option of imposing lesser sanctions such as “some form of public apology, remedial action or removal of ministerial salary for a period”.

Labour’s deputy leader Angela Rayner said there was a “legitimate question” over whether the prime minister broke the ministerial code after he was fined over partygate.

“The prime minister’s second ethics adviser has now threatened to quit, in the latest sign of the rampant sleaze engulfing Downing Street,” she said.

“This is a prime minister who changed the rules while being investigated for breaking those same rules. He has made himself judge and jury in his own trial, giving himself a free pass to ride rough shod over British values of decency.

“However much he tries to rig the rules and evade scrutiny, the prime minister has been found out and his days are numbered.”

Liberal Democrat chief whip Wendy Chamberlain said: “This scathing criticism shows even Boris Johnson’s own ethics adviser no longer trusts him to tell the truth. He is not fit to hold public office.

“It’s no wonder the prime minister has been trying to water down the ministerial code and rewrite the rules. The only person he cares about is himself.

“The net really is closing in around Johnson. He’s missed the boat to do the decent thing and resign, now Conservative MPs must give him the sack.”

It comes after 28 Tory MPs have publicly called for the prime minister to step down over the partygate scandal.

A total of 41 Tory MPs have voiced their displeasure at the PM’s handling of partygate, according to a Sky News tally, but 28 have actually called for him to resign.

Rob Manfred: He doesn’t hate baseball; he wants to save it
The new tactics being used by ‘crash for cash’ scammers and the 10 new areas they are targeting
‘An inspiration’: Deborah James dies, aged 40
CNN commentator challenged on her religion and abortion stance. See her response
Listen to the daily voicemails from Giuliani that state official avoided