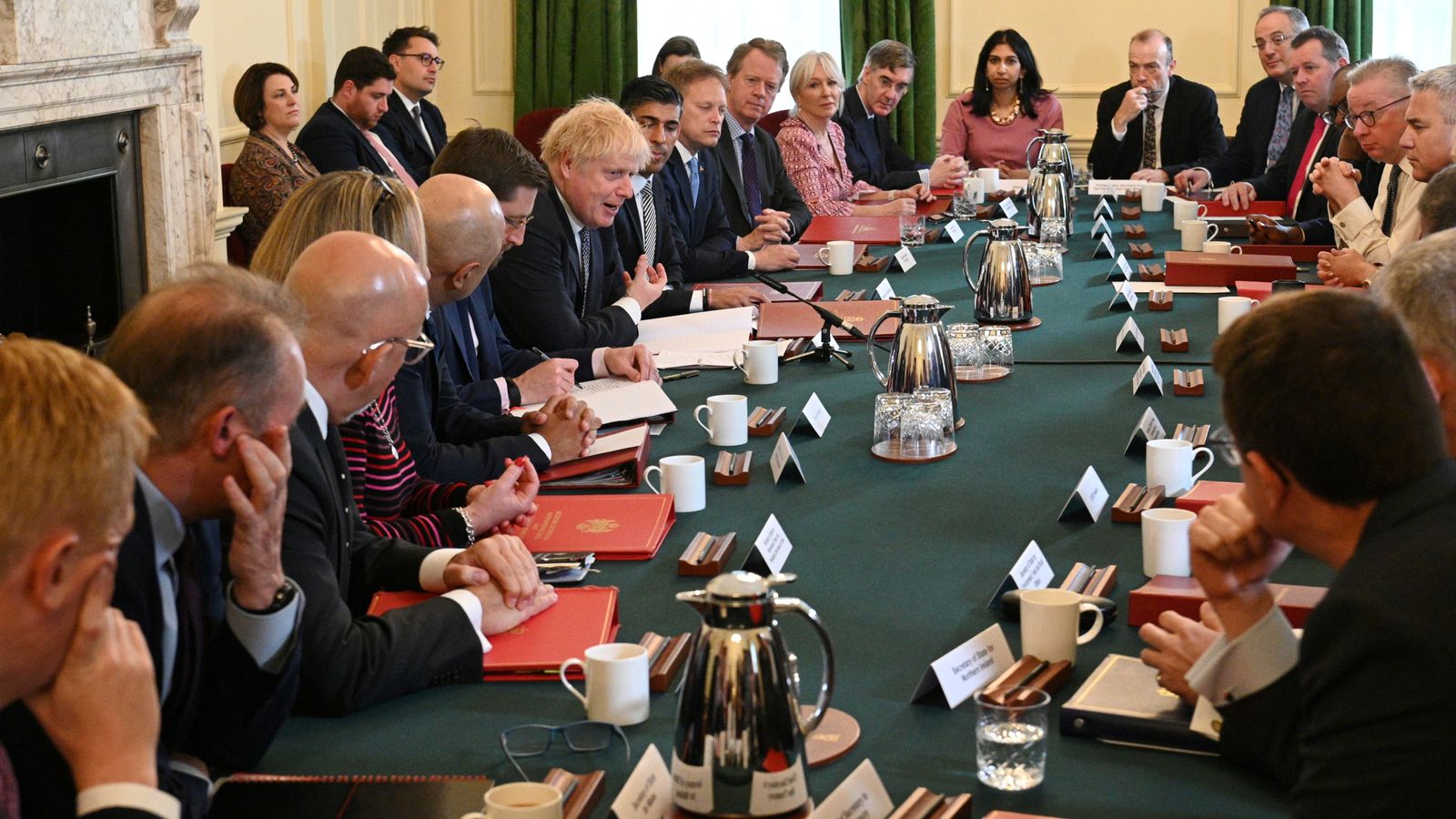 Ministers who are found to have breached the ministerial code will no longer have to resign or face the sack.

Revisions to the ministerial code, which sets out standards of conduct for government ministers, were published on Friday.

The changes come following recommendations by the Committee on Standards in Public Life, as well as discussions on arrangements for the office of Independent Adviser on Ministers’ Interests with Lord Geidt, who was appointed last year.

They were made in the wake of last year’s Owen Paterson lobbying scandal, when the now-former MP was found to have breached lobbying rules, but Boris Johnson asked his MPs to not back his suspension. After an uproar, he then U-turned, but Mr Paterson quit.

The new changes have been met with derision by opposition parties, who have accused the PM of “watering down the rules to save his skin”.

He is currently under investigation by the privileges committee over whether he knowingly misled parliament when he repeatedly told MPs there were no parties in Downing Street during lockdown – which the police and the Sue Gray inquiry have proved otherwise.

What are the changes?

Ministers will now no longer automatically be expected to resign or face the sack if they are found to have breached the code.

A Cabinet Office statement said it would be “disproportionate” for ministers to lose their job for “minor breaches”.

The prime minister could instead order “some form of public apology, remedial action or removal of ministerial salary for a period”.

Read more:
What does your MP earn?
Who’s in the firing line after partygate report?

Another major change is the independent adviser will now be able to initiate an investigation into potential breaches of the code.

Previously only the PM could do this, but the code now adds that the final decision will still rest with the prime minister.

The independent adviser will be supported by a dedicated set of civil servants, have its own gov.uk webpage, and be responsible for managing its own affairs and correspondent, a policy statement said.

In a statement announcing the changes, the Cabinet Office said: “The government has been mindful of the need to avoid incentives for trivial or vexatious complaints which may be made for partisan reasons.

“Such complaints can undermine public confidence in standards in public life rather than strengthen it.”

Labour’s deputy leader Angela Rayner said Boris Johnson has “rewritten his own foreword to the ministerial code, removing all reference to honesty, integrity, transparency and accountability”.

“He is downgrading standards and debasing the principles of public life before our very eyes,” she added.

“In a week when Boris Johnson’s lies to parliament about industrial rule-breaking at the heart of government were finally exposed, he should be tendering his resignation but is instead watering down the rules to save his own skin.”

Lib Dem chief whip Wendy Chamberlain said the ministerial code changes are an “appalling attempt” by the PM “to rig the rules to get himself off the hook”.

“It seems the Conservatives have learnt nothing from the Owen Paterson scandal,” she said.

“The prime minister shouldn’t be allowed to decide on his own punishment – with zero accountability. This is making him judge and jury in his own case.

“If the privileges committee finds Boris Johnson lied to parliament, surely Conservative MPs will have no choice but to sack him.”