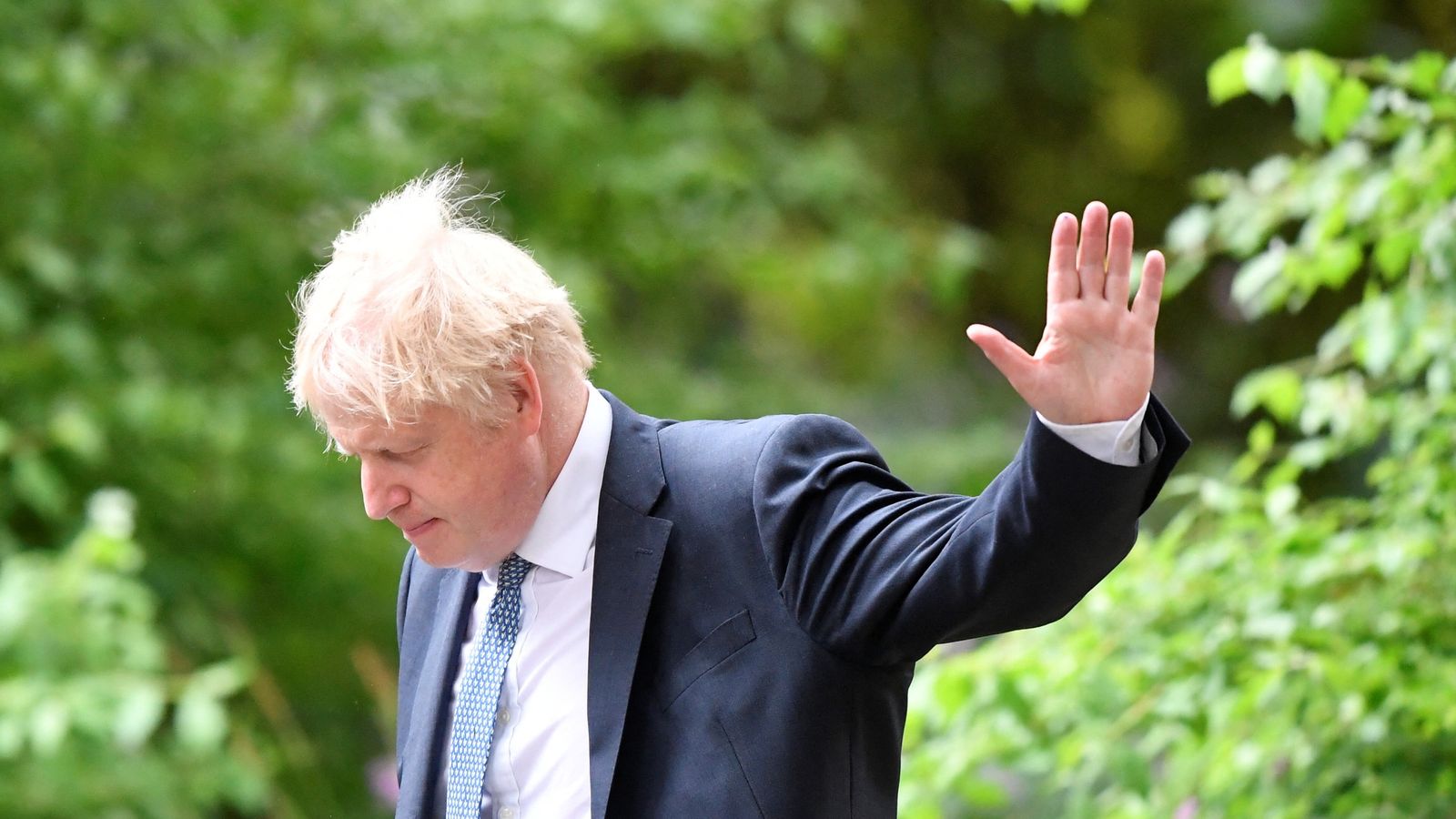 Boris Johnson’s chief of staff has brushed off the suggestion that a new package of cost of living help is timed to deflect attention from Sue Gray’s partygate report.

Steve Barclay said that the government did not control when the report – laying bare drunkenness and partying in Downing Street – was published and that it was responding to Ofgem’s forecast that typical annual bills would rise to £2,800 this autumn.

Mr Barclay said the prime minister was appalled by the contents of the 37-page report into behaviour at Number 10 during lockdowns – and had been personally apologising after the findings showed security workers and cleaners were poorly treated.

His comments came hours before an expected announcement by Chancellor Rishi Sunak of hundreds of pounds more in help for households struggling with rising bills partly paid for by a multi-billion pound windfall tax on energy companies.

Until now, the government has been resisting Labour’s call for a windfall tax, claiming that it will deter investment – though over the last couple of weeks the language from Mr Sunak and other senior ministers has softened, suggesting that the option was on the table.

Asked about the timing of the announcement the day after the Sue Gray report, Mr Barclay told Sky News’s Kay Burley: “No, it’s because we’ve had the Ofgem guidance.

“What we’ve always said is… we wanted to see from the Ofgem guidance what the full impact would be in the autumn on families so that we can get the design of that package right so it’s absolutely logical.

“We’ve had that guidance this week from Ofgem, that is why the chancellor’s coming forward today.”

The timing was also governed by the fact that parliament was about to go into recess, Mr Barclay said.

He claimed that Labour’s proposal for a windfall tax “would have deterred investment” though did not set out specifically how Conservative plans might differ.

Mr Barclay said the government recognised the “huge pressure coming for families” to add to the squeeze already being felt.

“We need to be in a position to have targeted support to those families… in terms of paying for that… we need to do that in a way that doesn’t deter investment.”

Ofgem’s chief executive Jonathan Brearley told MPs earlier this week that he was writing to the chancellor to set out the expectation that an increase in the energy cap this October would see typical energy bills rise from £1,971 to about £2,800.

That 42% increase would add to the 54% increase in April.

But the exact scale of the autumn hike will not formally be announced by the energy regulator until August.

Labour leader Sir Keir Starmer had on Wednesday mocked Mr Johnson over the timing of the expected package of help, saying: “What is it about the Sue Gray report that first attracted him to a U-turn this week?”

On the partygate report – which set out details including staff fighting and being sick after late night drunken parties – Mr Barclay said: “The prime minister was appalled to read that… Like him, I was shocked.”

He said the PM “wouldn’t have seen” emails and messages detailed in Sue Gray’s report such as one from a special adviser asking staff not to be “walking around waving bottles of wine” at a time when a press conference was finishing.

Explaining why the prime minister felt it right to attend leaving dos for Number 10 staff at a time when and others could not say goodbye to dying loved ones, he said: “Because they were already in the building.

“Several times over the last few months the prime minister has taken action when he’s been in real trouble in order to distract from the trouble in government.

“We would very much welcome some action on the cost of living. For months now the chancellor has been telling us it’s not possible to have a windfall tax on companies that made record profits.”