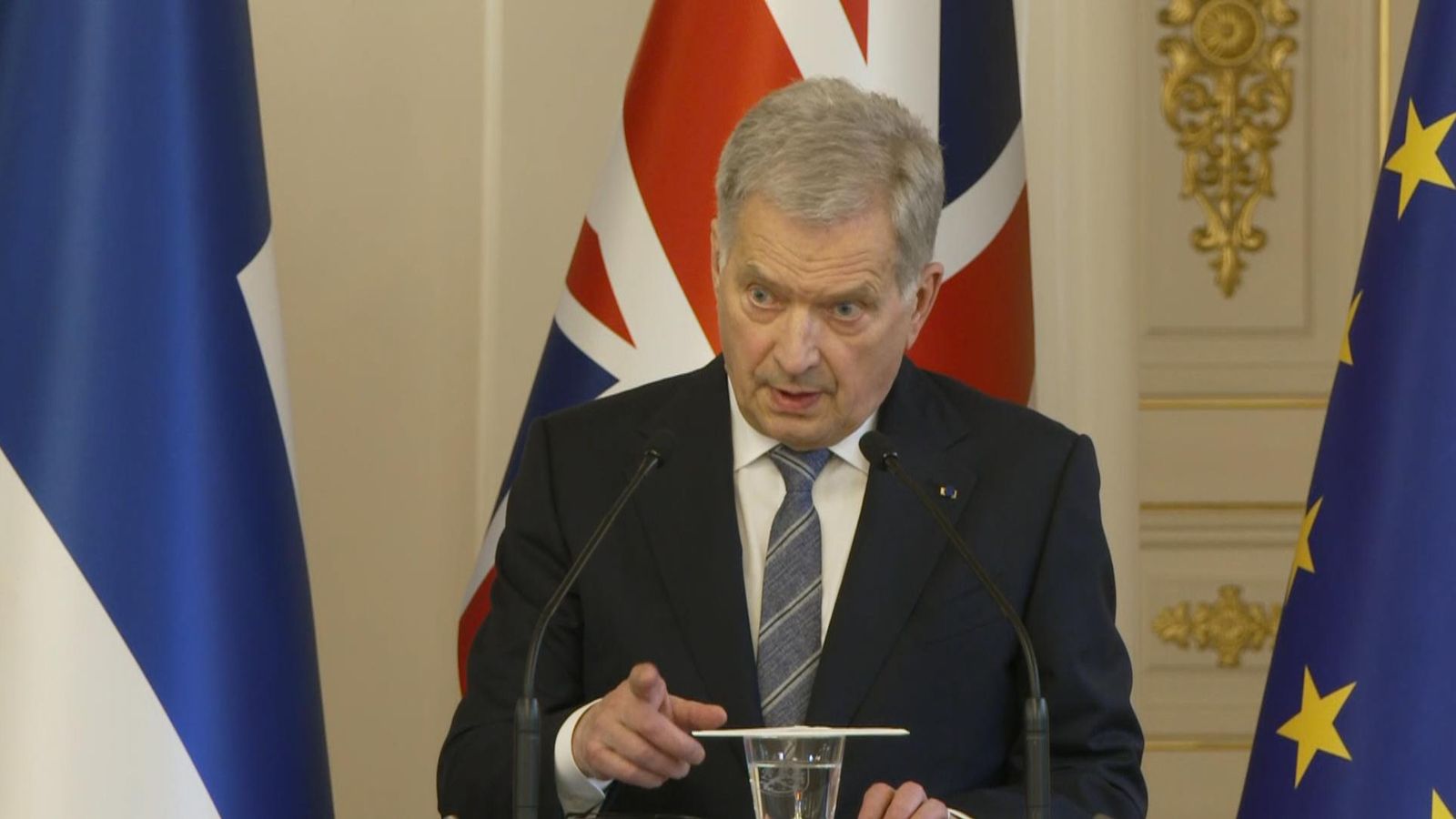 Finland has announced it wants to join NATO as the Russian invasion of Ukraine continues.

President Sauli Niinisto said the country, which shares an 810-mile border and a difficult past with Russia, must apply for membership to the organisation “without delay”.

In a joint statement with the country’s prime minister Sanna Marin, they added: “We hope that the national steps still needed to make this decision will be taken rapidly within the next few days.”

Since Russia annexed Crimea in 2014, Finland has increased its co-operation with NATO as one of its “partner” nations.

But it has not actually joined in order to maintain good relations with its eastern neighbour.

The government and parliament in Finland is expected to give approval to the decision shortly.

The announcement by president Sauli Niinisto and prime minister Sanna Marin means Finland is virtually certain to seek NATO membership, though a few steps remain before the application process can begin.

Neighbouring Sweden is expected to decide on joining Nato in the coming days.

Last month, Mr Niinisto – who heads foreign policy in the country in co-operation with the government – told newspaper Ilta-Sanomat: “If it happens as it looks likely that Finland and Sweden will join (NATO), then it will create a new kind of North for us, one that is responsible, stable and strong.”

Support for joining NATO in the country has changed rapidly since Russia launched its so-called “special operation” in Ukraine – with the latest poll by public broadcaster YLE showing 76% of Finns in favour and only 12% against.

It comes after the UK agreed defence pacts with both Finland and Sweden.

The agreements say the UK will come to the aid of both countries if they are attacked, and vice-versa.

‘Who is talking about climate change now?’ What the Ukraine war means for global heating
Pensioners tie up gunman after fatal shooting at church
Why this Swedish holiday island is so important to NATO
Briton facing death penalty for collecting broken pottery ‘did not know it broke law’
Ex-police officer pleads guilty to manslaughter in killing of George Floyd