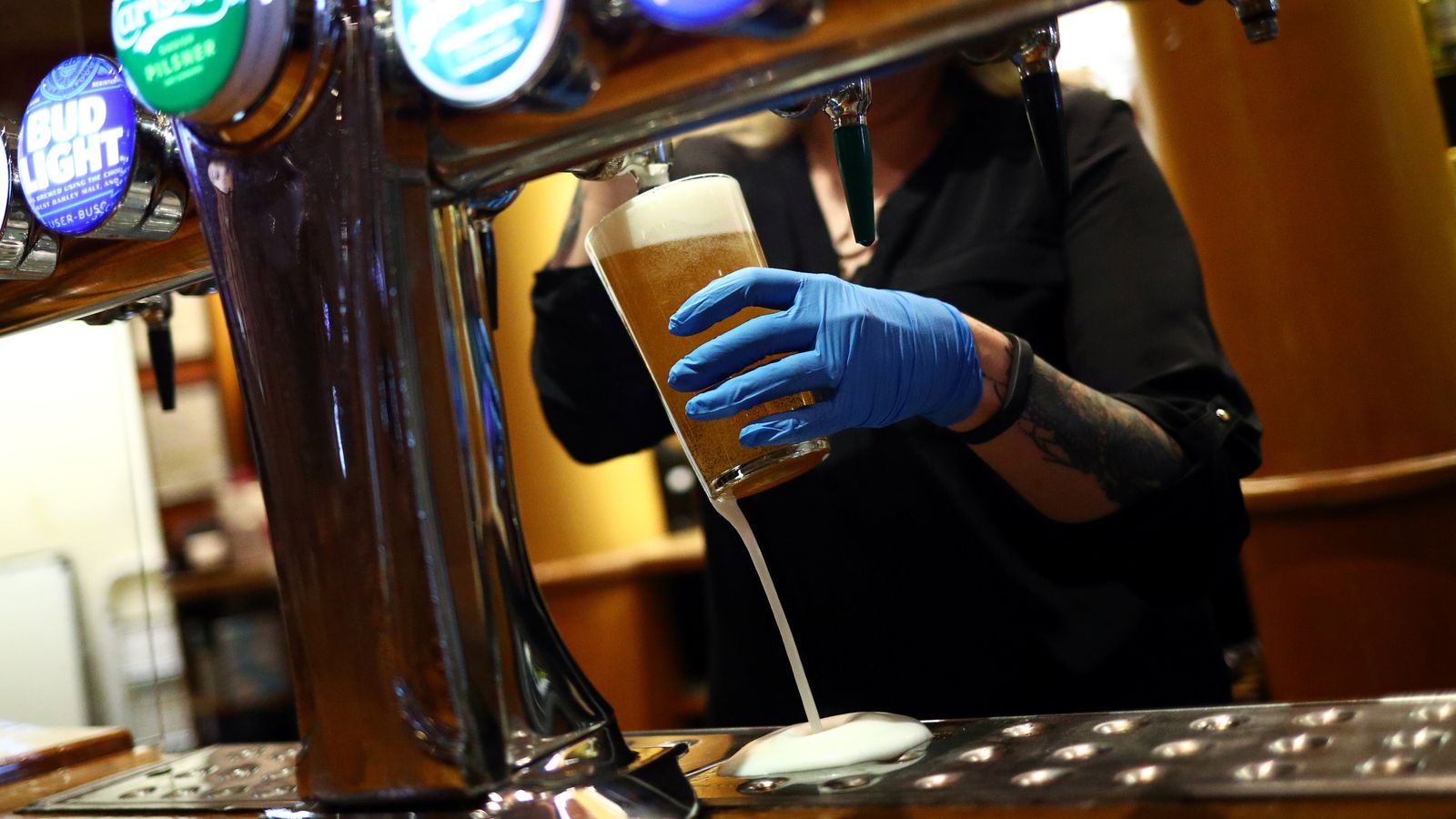 Wetherspoons boss Tim Martin said he was “breakdancing round my living room” after COVID-19 restrictions were eased – amid signs of a return to normal trading from a number of businesses.

Mr Martin made the comments to Sky News a day after his company revealed a slump in sales over the Christmas period blamed on Plan B guidance designed to tackle the Omicron variant.

Hospitality firms were not forced to close under the rules but working from home guidance reduced footfall in city centres resulting in a so-called “lockdown by stealth”.

Now, however, businesses from bookies and gyms to bars and shops are reporting signs of trade recovering including some work Christmas parties rebooked for the new year.

Wetherspoons this week said it will make a loss for the first half of the financial year after a sales slump over the festive season – and taunted Boris Johnson over “partygate” claims about the behaviour of Downing Street staff during lockdowns, accusing the government of hypocrisy.

But speaking on Sky’s Ian King Live as working from home measures were scrapped on Wednesday with more restrictions to go in coming days, Mr Martin – though revealing that he had caught the virus himself – was in bullish mood.

He told Sky’s Ian King Live: “I was breakdancing round my living room, so I take a lot of heart from it.

“We do hope that the virus is in retreat and that we can safely open up and we’ll be delighted as will, I think, everyone really, if we can get back to something approaching normal – earn a buck.

“It’s not sustainable for Wetherspoon or anyone else to continue to make losses.

“We’ve lost a quarter of a billion in the last couple of years having had 40 years, nearly, of profits before then.

“That doesn’t do anyone any good. If you shut down pubs you massively lose tax income as well. We pay a lot more tax than we make in profits.

“Everyone will be happy, pubs can open up, and we can go back to the normal UK of the last couple of thousand years.”

However he said there had been a danger that warnings on COVID “put the frighteners on people” and that “having wound the public up… to too great an extent, it may be difficult to get back”.

Mr Martin also revealed that while expansion plans outlined by the chain last year would still go ahead, it was “waiting for the sales to get back to where they were before we go for it”.

Reflecting on his previous “tongue in cheek” comments about Downing Street, he accused the government of “very bad decision making” and said better was needed “if Boris is going to survive”.