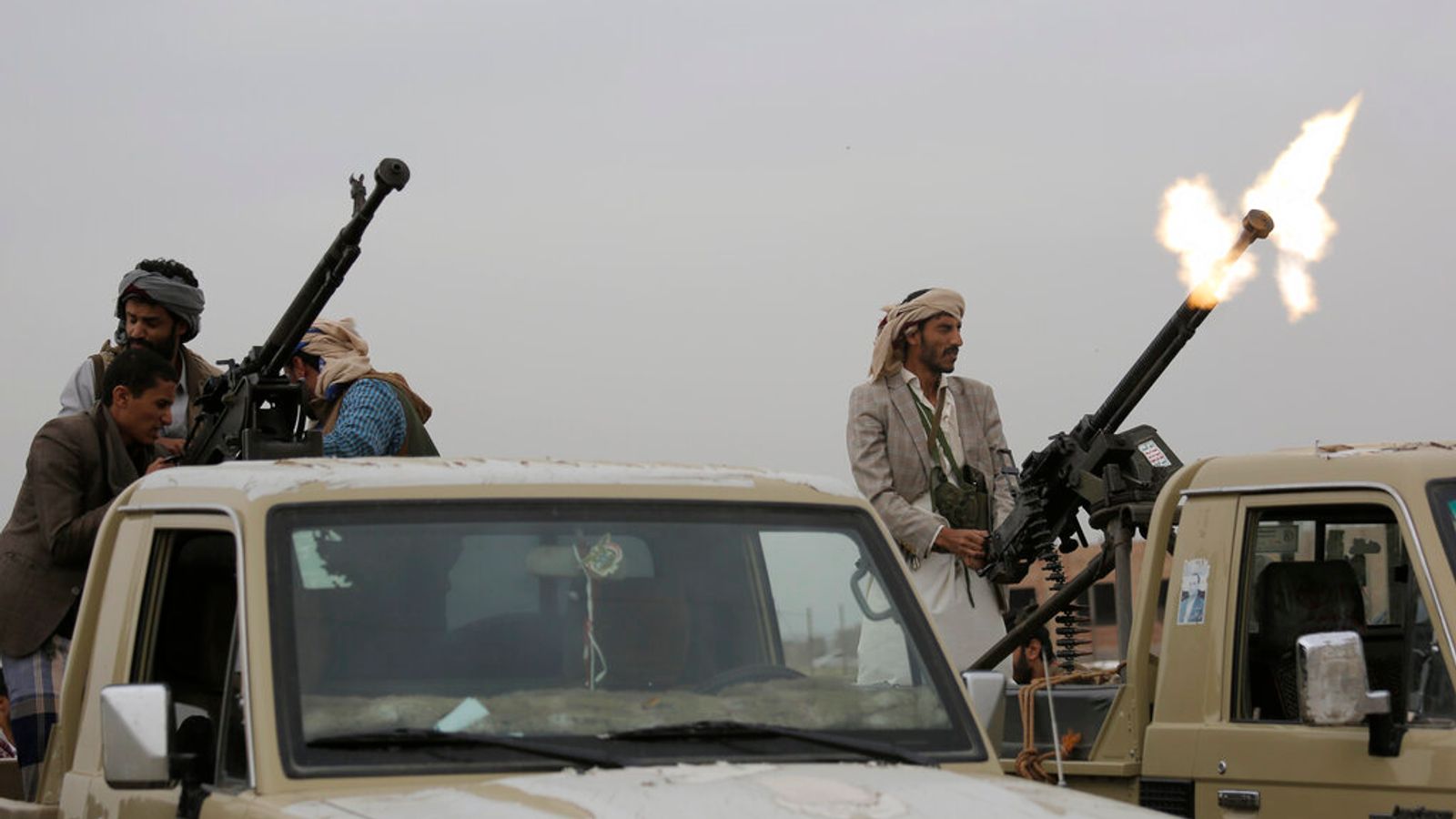 Drones may have caused an explosion on three oil tankers and a minor fire at airport extension in Abu Dhabi, police in the United Arab Emirates (UAE) say.

They said a fire had also broken out at a construction site at Abu Dhabi International Airport – but added it was “minor” and took place at an extension of the main airport which is still under construction.

In a statement, police said initial investigations indicated the detection of small flying objects, possibly belonging to drones, fell into two areas and possibly caused the explosion and fire.

They said there was no damage from the incidents.

The UAE has been at war in Yemen since early 2015 and was significant in the Saudi-led coalition that launched attacks against the Houthi rebels after the group overran the capital of Yemen and ousted the internationally-backed government.

The Houthis have claimed attacks on Abu Dhabi’s airport in the past, along with the emirate’s Barakah nuclear power plant – which Emirati officials have previously denied.

They have also used bomb-laden drones to launch crude and imprecise attacks aimed at Saudi Arabia and the UAE, and have launched missiles at Saudi airports, oil facilities and pipelines, as well as used booby-trapped boats for attacks in key shipping routes.

Abu Dhabi is the UAE’s seat of government and steers the country’s foreign policy.

The two countries are said to have reached a preliminary deal valued at around $3.5bn (£2.5bn) over the selling of mid-range South Korean surface-to-air missiles to the UAE.

The deal was reportedly made during the president’s meeting with Emirati Prime Minister and Dubai ruler Sheikh Mohammed bin Rashid Al Maktoum on Sunday.