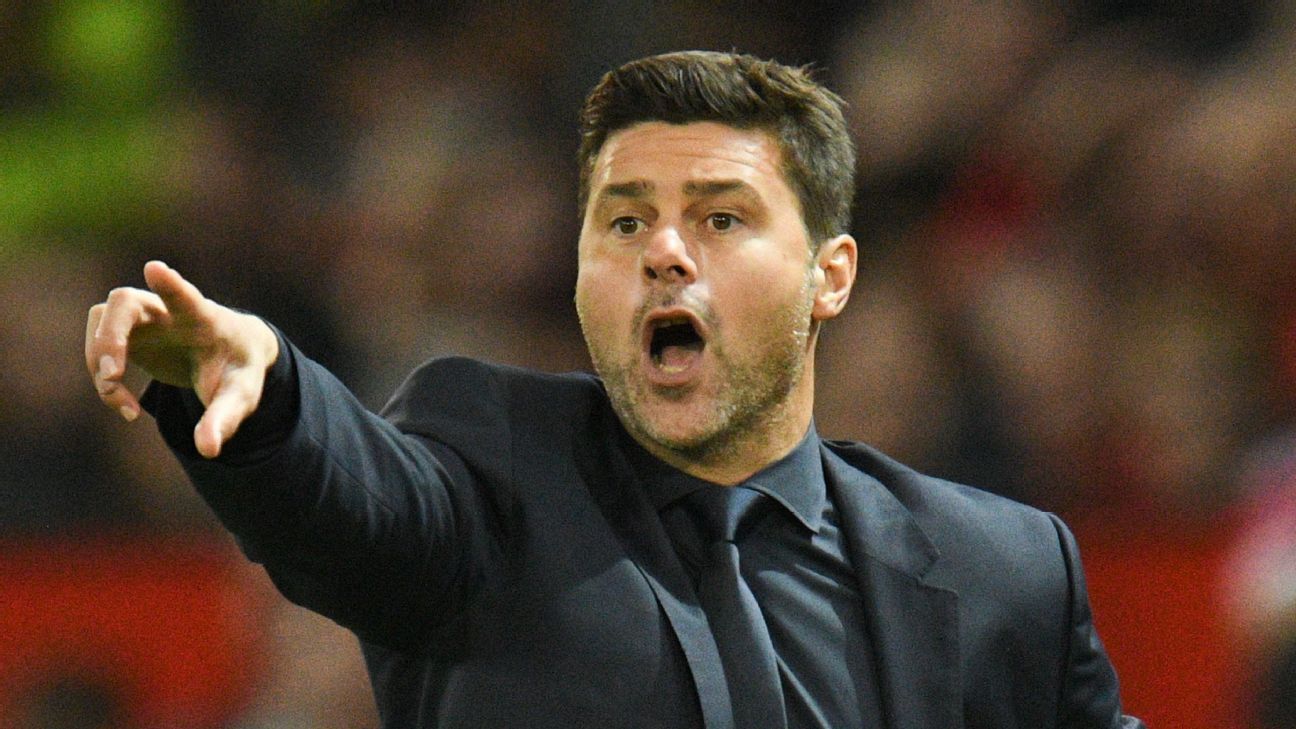 Manchester United have had an initial enquiry about the immediate availability of Mauricio Pochettino knocked back by Paris Saint-Germain, sources have told ESPN.

United have made Pochettino their top target as their next permanent manager following the dismissal of Ole Gunnar Solskjaer on Sunday. The club are open to appointing Pochettino now if a deal can be struck but intermediaries tasked with assessing the 49-year-old’s situation at PSG have reported back that the French side are, for now, unwilling to talk.

United believe it is likely Pochettino will only be available in the summer, unless the former Tottenham boss forces an exit. Sources have told ESPN that Pochettino would be keen on the vacancy at Old Trafford but is under contract in Paris until 2023 after signing an extension in the summer.

Sources told ESPN PSG have made contact with former Real Madrid manager Zinedine Zidane in the event Pochettino does return to the Premier League. Agreeing terms with Zidane would impact when, and if, Pochettino is allowed to leave PSG.

In the meantime, sources have told ESPN that United are continuing to look at possible interim coaches to take the team until the summer. Talks have been held with former Barcelona manager Ernesto Valverde while Lucien Favre, previously at Borussia Dortmund, is also on their list. Ralf Rangnick, formerly in charge at RB Leipzig and now working for Lokomotiv Moscow, has distanced himself from the job.

The process of finding an interim coach is still ongoing despite caretaker Michael Carrick leading United to an impressive 2-0 victory over Villarreal on Tuesday night to book a place in the knockout rounds of the Champions League as winner of Group F.

Football director John Murtough and technical director Darren Fletcher are leading the hunt for both temporary and permanent managers but executive vice-chairman Ed Woodward and co-chairman Joel Glazer will have the final say on whoever is appointed.

Woodward is still scheduled to leave the club at the end of the year and handover his role to group managing director Richard Arnold but sources have told ESPN he may yet stay on as a consultant to help with the transition between managers.