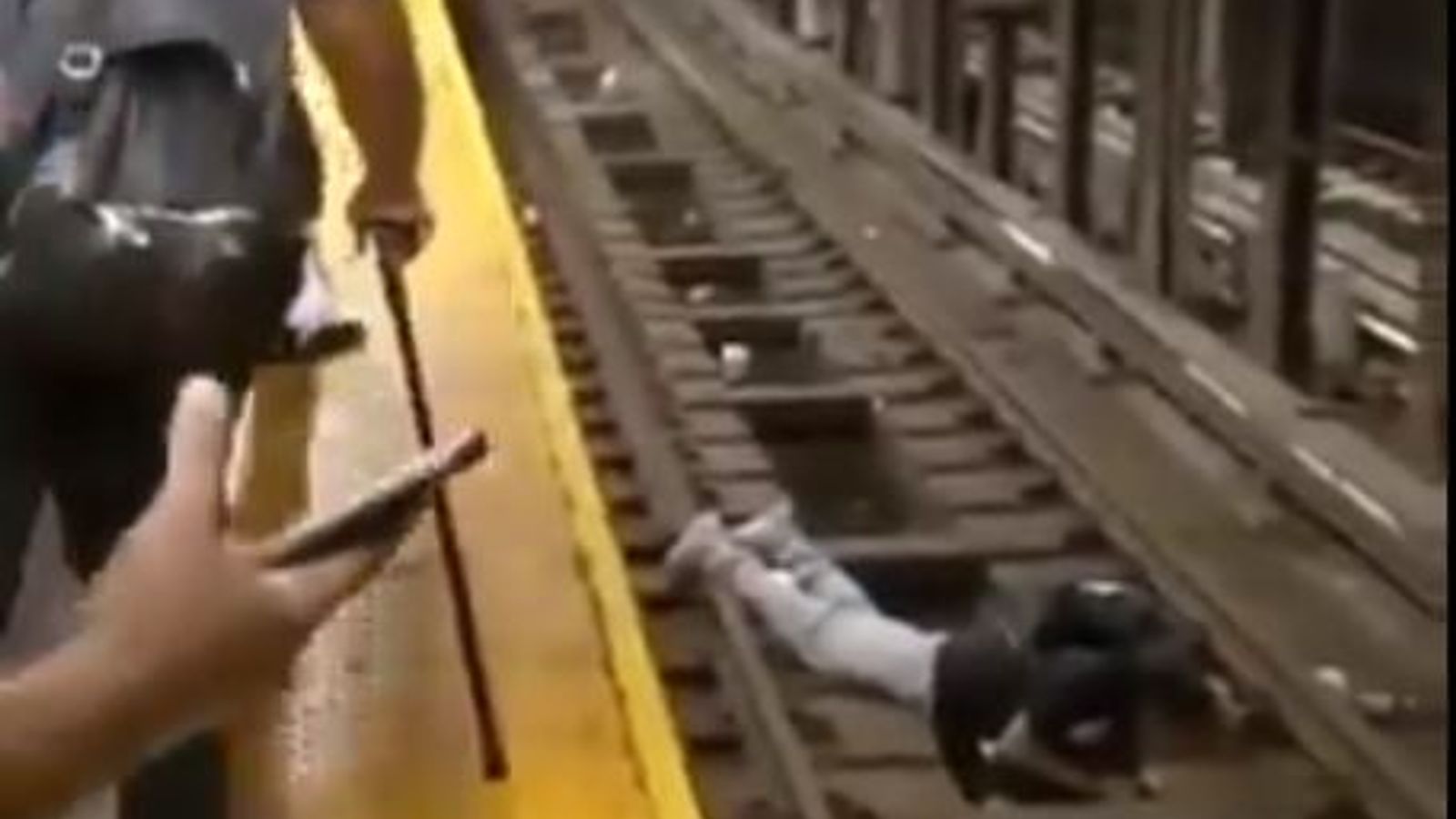 A passenger who had collapsed on the tracks at a New York subway station was rescued by a police officer and member of the public moments before a train arrived.

Video of the incident from a bystander shows the man lying face down at the station in the Bronx area of the city, as others on the platform call for help.

A New York Police Department officer is then seen clambering down on to the tracks and attempting to rouse the stricken passenger.

Meanwhile, panicked people on the platform are heard shouting “hurry up” and “slow the train down”.

One of the bystanders can then be seen also climbing down on to the tracks before helping the officer pick the man up and pull him to safety.

They cheer and clap as the two rescuers manage to lift themselves on to the platform – just a few seconds before a train is seen pulling into the station.

A statement issued by NYPD alongside the footage praised both the officer and the member of the public who helped.

It said: “NYPD cops help New Yorkers at any cost!

“When a sick strap hanger lost consciousness and fell on the subway tracks in the Bronx, @NYPDTransit officers didn’t hesitate for a moment to put his safety ahead of their own.

“We’re also grateful to the Good Samaritan who bravely helped.”