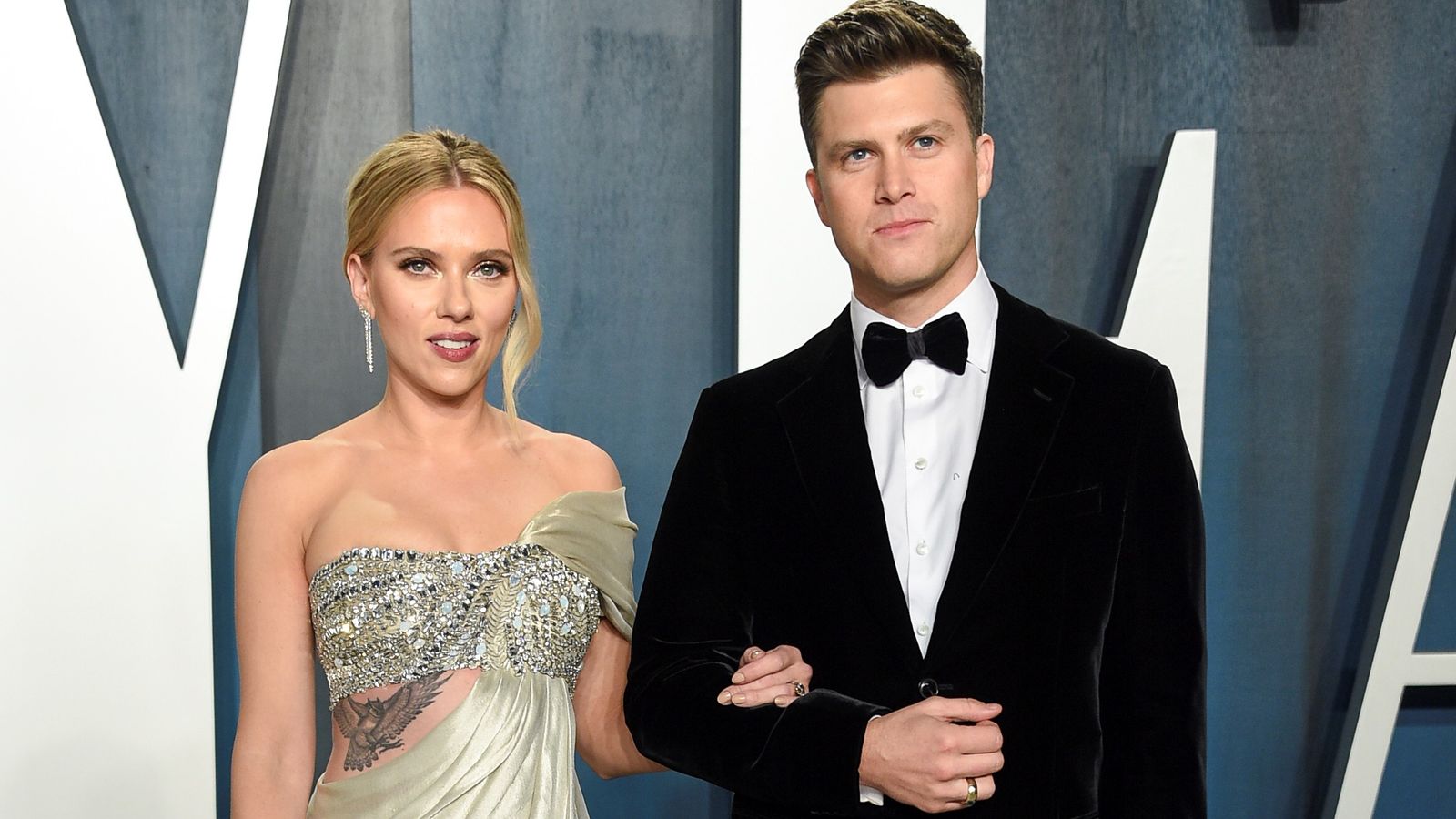 Scarlett Johansson has welcomed a baby boy with husband Colin Jost, he has announced on social media.

The couple had kept the pregnancy private until earlier this week, when comedian and Saturday Night Live star Jost reportedly revealed they were to become parents at a stand-up show in Connecticut.

For Hollywood star Johansson, this is her second child; she has a six-year-old daughter, Rose, with ex-husband Romain Dauriac.

Jost, 39, shared news of the birth on Instagram to his 629,000 followers, saying: “Ok ok we had a baby. His name is Cosmo. We love him very much.” He added: “#wegotawaywithitforalongtime #nokidspolicy #we’regoingtodisneyworld” but did not post any photos, and said “privacy would be greatly appreciated”.

People magazine first reported the birth of the baby, which came as a surprise to many since news of the pregnancy had come out only a few days earlier. No other details have been released.

Oscar nominee Johansson, star of films including Black Widow, Jojo Rabbit and Marriage Story, married Jost in October 2020 in a private ceremony, after dating since 2017.

Jost’s post suggests a trip to Disney is now on the cards, but the announcement of Johansson’s new arrival comes amid a row between the 36-year-old and the entertainment giant over the release of Black Widow in July.

The actress has played Black Widow and her alter-ego Natasha Romanoff since the character’s first appearance in the Marvel franchise in 2010’s Iron Man 2.

Following the release of the first standalone film Black Widow, she started legal proceedings for breach of contract, saying she had been guaranteed there would be an exclusive cinema release – and that streaming it on Disney+ has meant she has lost millions of dollars in earnings.

Marvel Studios is owned by Disney, with films streaming exclusively on Disney+ – but usually after a cinematic release.

Disney responded to Johansson, saying she had a “callous disregard” to the impact of the COVID-19 pandemic.

Chief executive Bob Chapek went on to say that the “unpredictable” nature of the ongoing global health crisis meant his company needed to be flexible when it came to film releases.

Sky News has contacted representatives for both Johansson and Jost for comment.