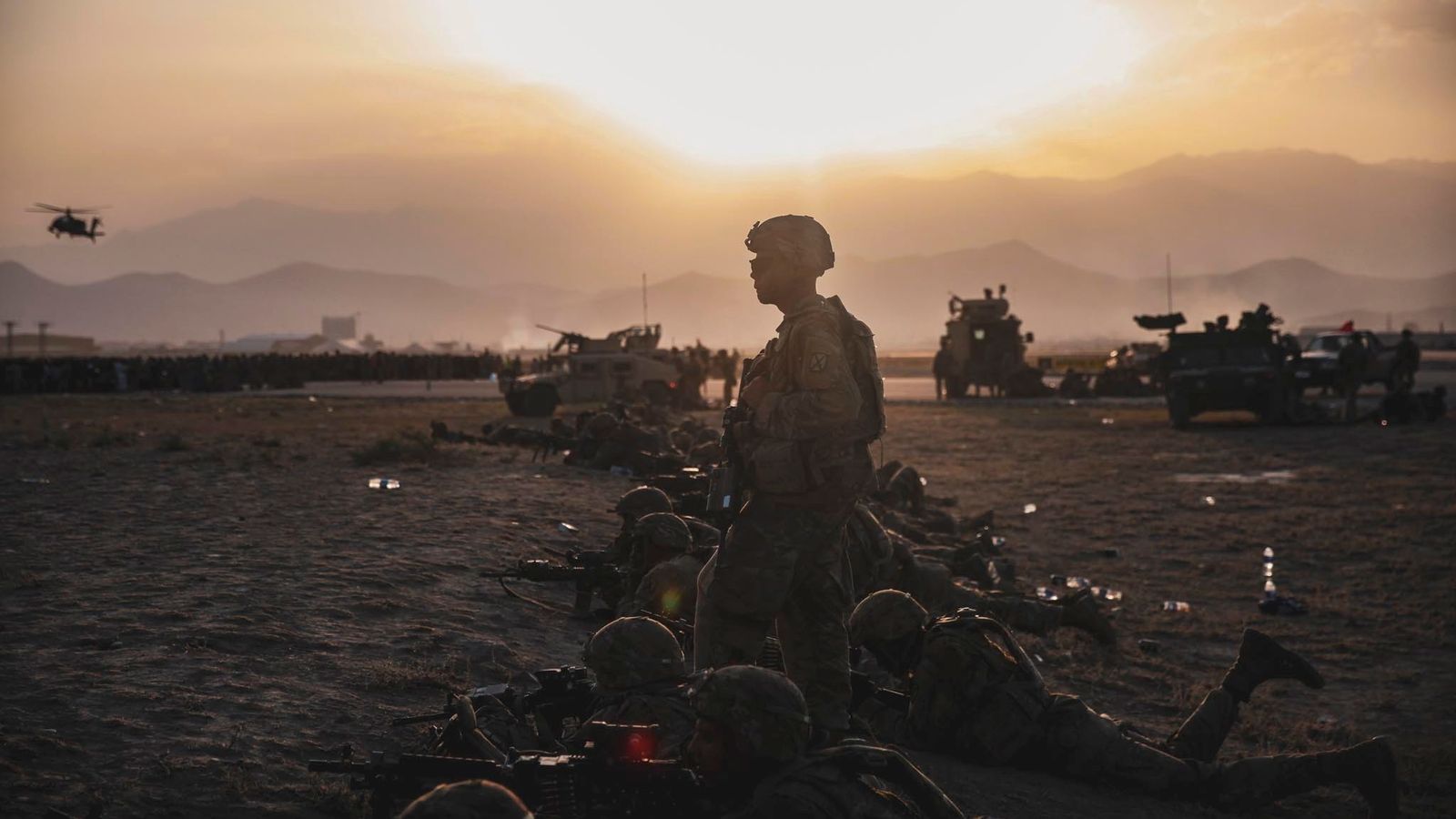 The ex-head of the NATO mission in Afghanistan has raised the prospect of Western forces having to return to following the country’s “disastrous” takeover by the Taliban.

General David Petraeus, the US former commander of the International Security Assistance Force in Afghanistan, told Sky News that “time will tell” whether the US and UK military will again have to be deployed.

The Taliban’s swift capture of Afghanistan, following the final pull-out of western troops, has been a “tragic, heartbreaking and quite disastrous outcome”, Gen Petraeus said.

The former CIA director said he understood there had been some “pretty significant warnings” by US military and intelligence officials about the extremist group’s ability to retake control of the country prior to their dramatic capture.

And Gen Petraeus also questioned US President Joe Biden’s assertion that Afghan forces were “not willing to fight” to push back the Taliban’s advance.

“At the end of the day, this was a psychological collapse of a force that had very much been fighting and dying for its country before,” he told Sky News.

“Let’s be very clear that some 27 times as many Afghans were killed on the battlefield as were killed in terms of US soldiers.

“So they were fighting and dying for their country. I was taken aback a bit by this reference that they wouldn’t do so.”

Gen Petraeus suggested that Afghan forces realised “no one has their backs” following the announcement of the withdrawal of US troops from the country, along with the withdrawal of thousands of “critical” security contractors.

“At the end of the day if soldiers don’t think that someone’s coming to the rescue, will provide them assistance in their hour of need, they’re going to flee or they’re going to cut a deal,” he added.

Gen Petraeus said that he and others who spent time in Afghanistan “all served with extraordinarily determined, courageous Afghan security forces and leaders over the years”.

He outlined how keeping guard against al Qaeda or Islamic State establishing a presence in Afghanistan could now be “even more costly” than having kept US forces in Afghanistan, with military drones now having to fly from Gulf states or aircraft carriers.

And, asked whether US and coalition forces might have to return to Afghanistan one day, Gen Petraeus said it was not “inevitable”, but added: “A lot really does depend on what the Taliban now does.”

“The Taliban have said that they will not impede the travel of individuals inside Kabul to the airport or access to the airport – that does not seem to be the case,” he said.

“They made a variety of other promises, about which most of us are sceptical, having to do with al Qaeda and the Islamic State.”

Gen Petraeus added that Taliban’s actions had also “not been particularly reassuring with summary executions, identifying women who don’t have a husband and ‘marrying them off’ etc”.

“So time will tell here, whether or not the United States and coalition partners will be forced to return in some manner,” he continued.

“In the way that, of course, we had to go back into Iraq two-and-a-half years after we left when the Islamic State was allowed to reconstitute there and, of course, gained additional power in Syria and then swept back in and seemed to threaten the outskirts of Baghdad.”

Life-Saving Stem Cells Can Be Regrown in Damaged Umbilical Cord, Claims Study
Elon Musk challenges Twitter CEO Parag Agrawal to a debate on bots
Position U 2022: Which schools produce the most talent at each position?
Fourth alleged ‘Beatles’ Islamic State terror cell member arrested in UK
The Length of Earth’s Days Has Been Mysteriously Increasing, and Scientists Don’t Know Why