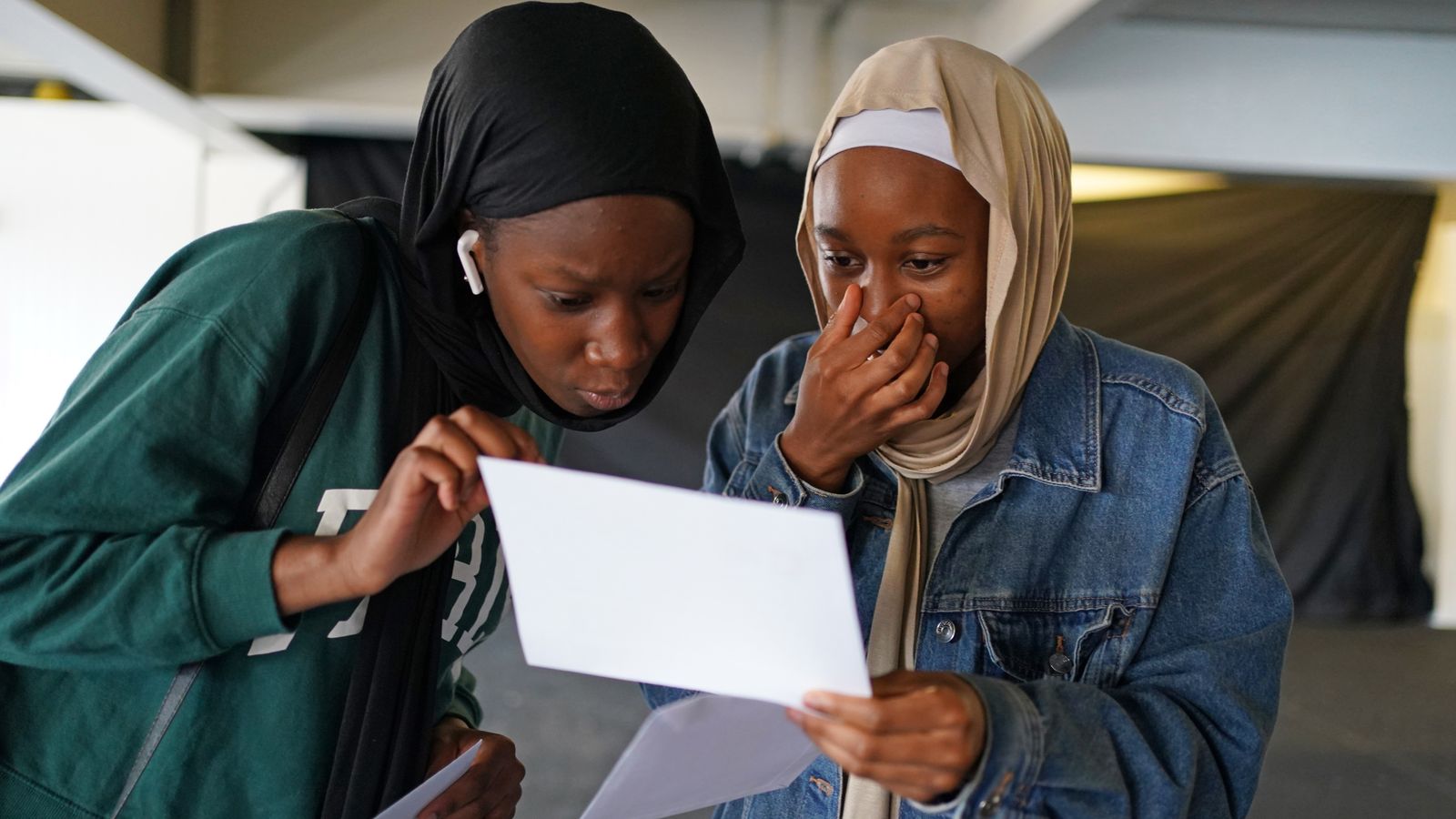 After exams were cancelled for the second year in a row due to COVID-19, students were given results by their teachers and assessed only on what they have been taught during the pandemic.

The number of students in England who entered seven or more GCSEs and received a 9 – the highest grade – in all subjects has risen.

An analysis by Ofqual found that 61.2% of private school entries in England were awarded a grade 7 or above, equivalent to an A or higher.

That’s a 4% increase in absolute terms on last year – 1.3% higher than the rise in state schools.