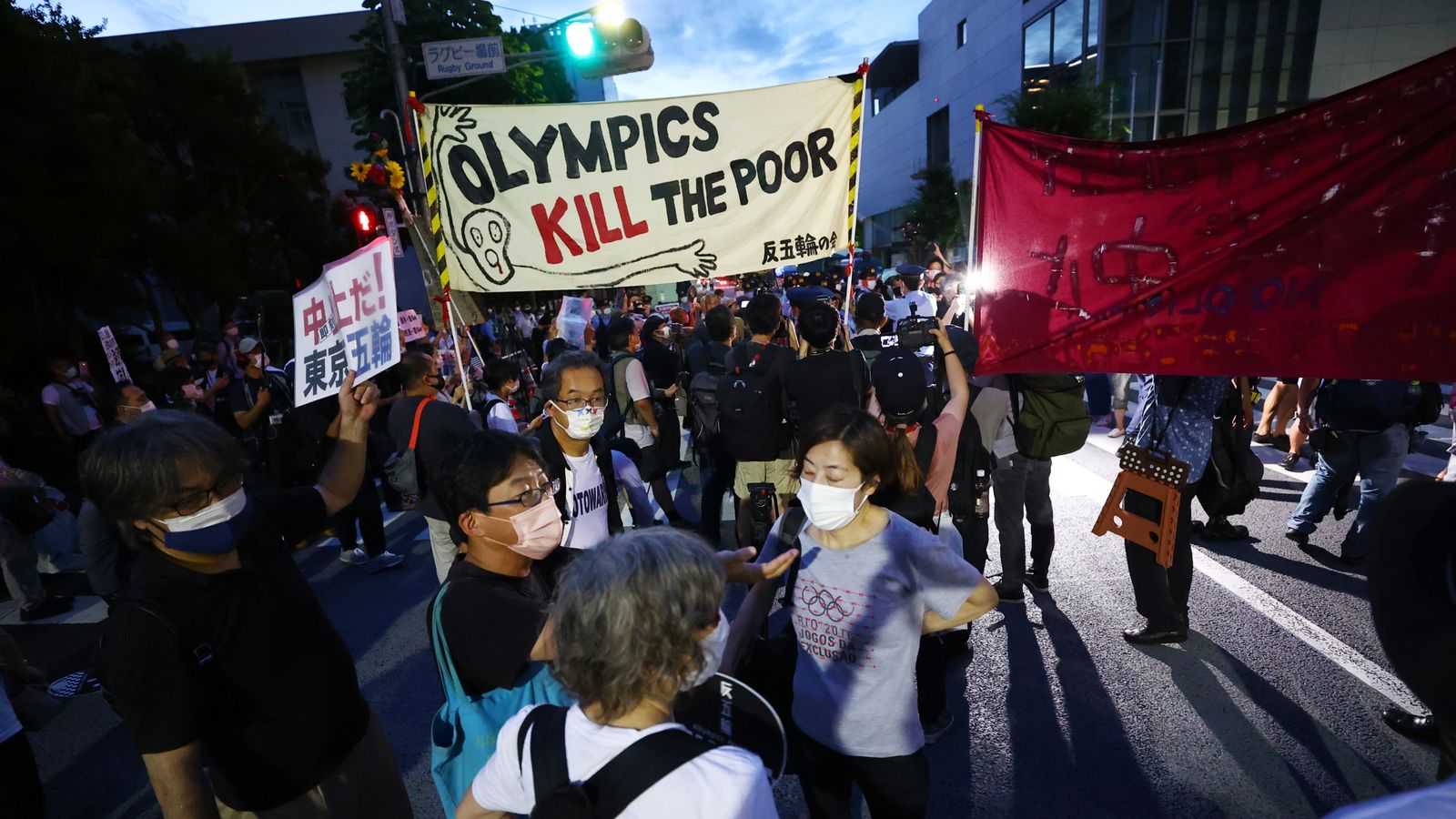 As they closed the Olympics in Tokyo, organisers celebrated how they had brought the world together and overcome the pandemic hurdles placed in front of them.

The Games were a huge gamble for Japan and having told some spectacular sporting stories they have reached the finish line after 16 days of competition.

The Olympic drama has held the world’s gaze and the Team GB success stories have been rightly celebrated as incredible achievements. 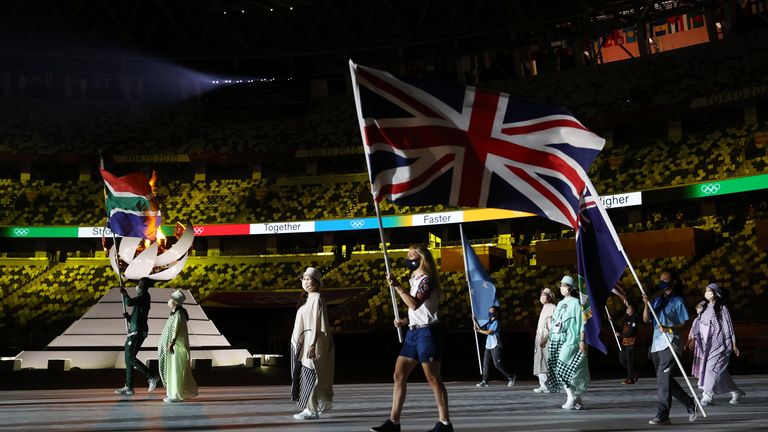 And don’t forget Tom Daley’s gold (and knitting), the queens of BMX Charlotte Worthington and Bethany Schriever, plus the comebacks like that of rower and mum-of-three Helen Glover.

There’s something special about this Olympics and the way that they make people, particularly children, dream about what they might be able to achieve.

Outside the closing ceremony though, in the Japanese capital, the noisy protests continued amongst those here who have always thought the Olympic Games were a reckless experiment.

COVID-19 infections are now at record levels in Tokyo but the organisers believe that their “Games bubble” contained the 400-plus positive cases that were detected inside it.

Whatever has driven the local infection rates up, they are now translating into more hospital admissions and sadly deaths.

Public health expert Professor Kenji Shibuya told Sky News that people in Japan had enjoyed the sporting stories and homegrown medals success, but that the Olympics came with a heavy burden.

“It has left a scar on the Japanese society,” he said.

“It has brought in division among the people, distrust, and above all, it left a health and an economic debt.”

As one set of visitors leaves, 15,000 more participants, including over 4,000 Paralympians, are due to arrive in Tokyo in the next fortnight.

On 24 August, the next Games will begin and Paralympians arriving in Japan have been warned that they cannot get complacent. The state of COVID-19 emergency in Tokyo will still be ongoing.

A spokesman for the International Paralympic Committee, Craig Spence, told Sky News they were more confident given the fact that the Olympics completed their schedule and recorded relatively few cases within their bubble.

He said: “Just because the Olympics worked well doesn’t mean that we can get complacent now.

“Everyone attending the Paralympic Games needs to follow the rules of the playbooks and if they stick to the rules then we are confident we can deliver a safe Games for everybody.”

Lightning strikes oil facility – 17 missing and 77 hurt, with flames raging out of control
Energy bosses ‘hauled in’ for talks with government as household bills soar
Awesomely Weird Alibaba Electric Vehicle of the Week: An ambiguous backwards car
‘A great friend and a great bass player’: Tributes for The Pogues’ bassist Darryl Hunt who has died aged 72
Kenyans go to the polls to choose new president from two familiar faces