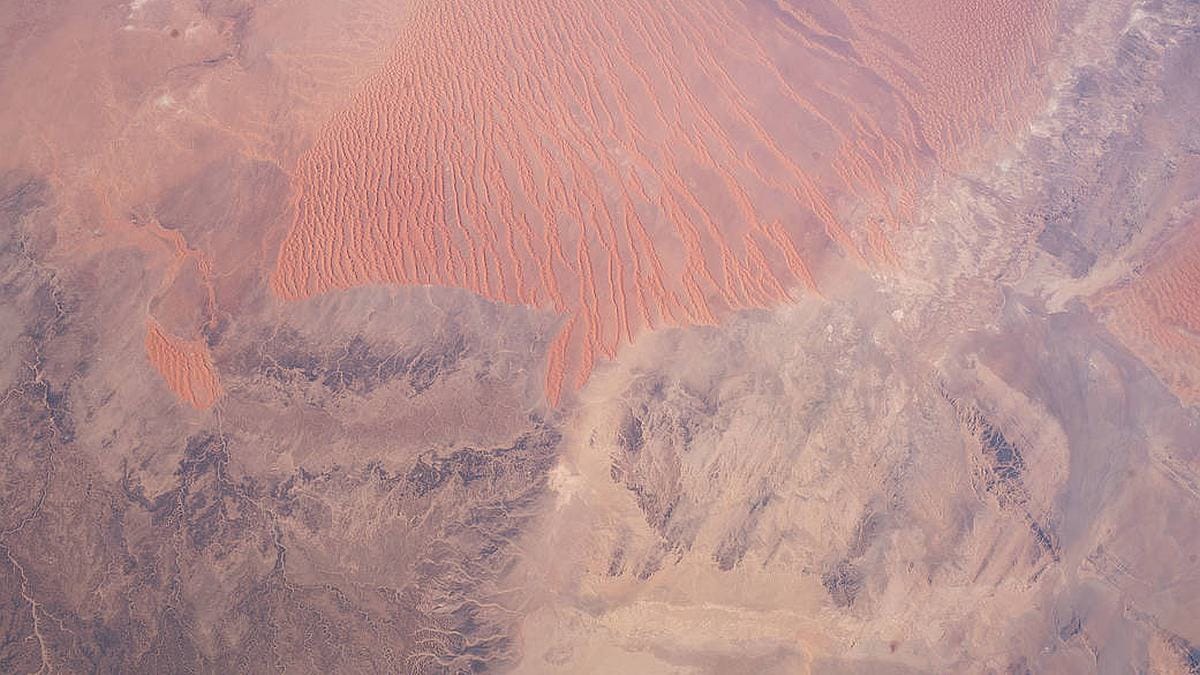 NASA has shared a stunning view of the Earth’s largest desert, the Sahara Desert, in its latest post on Instagram. The image was captured by NASA astronaut Shane Kimbrough from the International Space Station and could very well be confused for the Red Planet, the American space agency said. The caption, which starts off with “Too hot to handle” seems befitting given that it is one of the harshest terrains on Earth. The note attached to the image reads, “You might be surprised to find this is in fact not a picture of our neighbouring Red Planet – it’s the Sahara Desert.”

The note from NASA further says that the Sahara Desert “is one of the harshest environments on our planet: the largest hot desert on Earth.”

Sharing more information on the ecosystem, the space agency says that data from their satellites revealed that “wind and weather in the Sahara pick up on average 182 million tons of dust from the deserts of Africa and carries it 1,600 miles across the Atlantic Ocean each year.” To put this into perspective, NASA says: “This volume is equivalent to 689,290 semi-trucks filled with dust.”

So, what does this dust do? According to NASA, “this dust helps build beaches in the Caribbean and fertilizes soils in the Amazon. It affects air quality in North and South America.” It may also play a hand in the “suppression of hurricanes and the decline of coral reefs” the note added.

The image evoked a range of emotions among viewers, many of whom expressed the same in the comments section.

Thanking the agency, one user said, “Thank you NASA for everything you do for scientific exploration,” while another wrote, “Such an informative post.”

“And knowing this is on earth, just incredible,” said another.

The Sahara Desert is 3,600,000 square miles (9,200,000 square kilometres) of arid land located in the northern part of Africa. In terms of size, it is only “slightly smaller than the continental United States”, says NASA.

In a recent study conducted by NASA, it was estimated that there would be less Saharan dust carried in the winds in future. As per a report released in April 2021, NASA said that “scientists, using a combination of satellite data and computer models, predict that Africa’s annual dust plumes will actually shrink to a 20,000-year minimum over the next century as a result of climate change and ocean warming.” The study was made in the aftermath of the June 2020 dust plume dubbed “Godzilla” that travelled from the Sahara to North America, across the Atlantic Ocean.

On its journey across the Atlantic, Saharan dust sprinkles into the ocean, “feeding the marine life, and similarly plant life once it makes landfall,” the report said. Not just that, the dust also contains minerals such as iron and phosphorus, which serve as a fertilizer for the Amazon rainforest.

Can Nothing Ear 1 — the first product from OnePlus co-founder Carl Pei’s new outfit — be an AirPods killer? We discussed this and more on Orbital, the Gadgets 360 podcast. Orbital is available on Apple Podcasts, Google Podcasts, Spotify, Amazon Music and wherever you get your podcasts.
This article was originally published by Ndtv.com. Read the original article here.