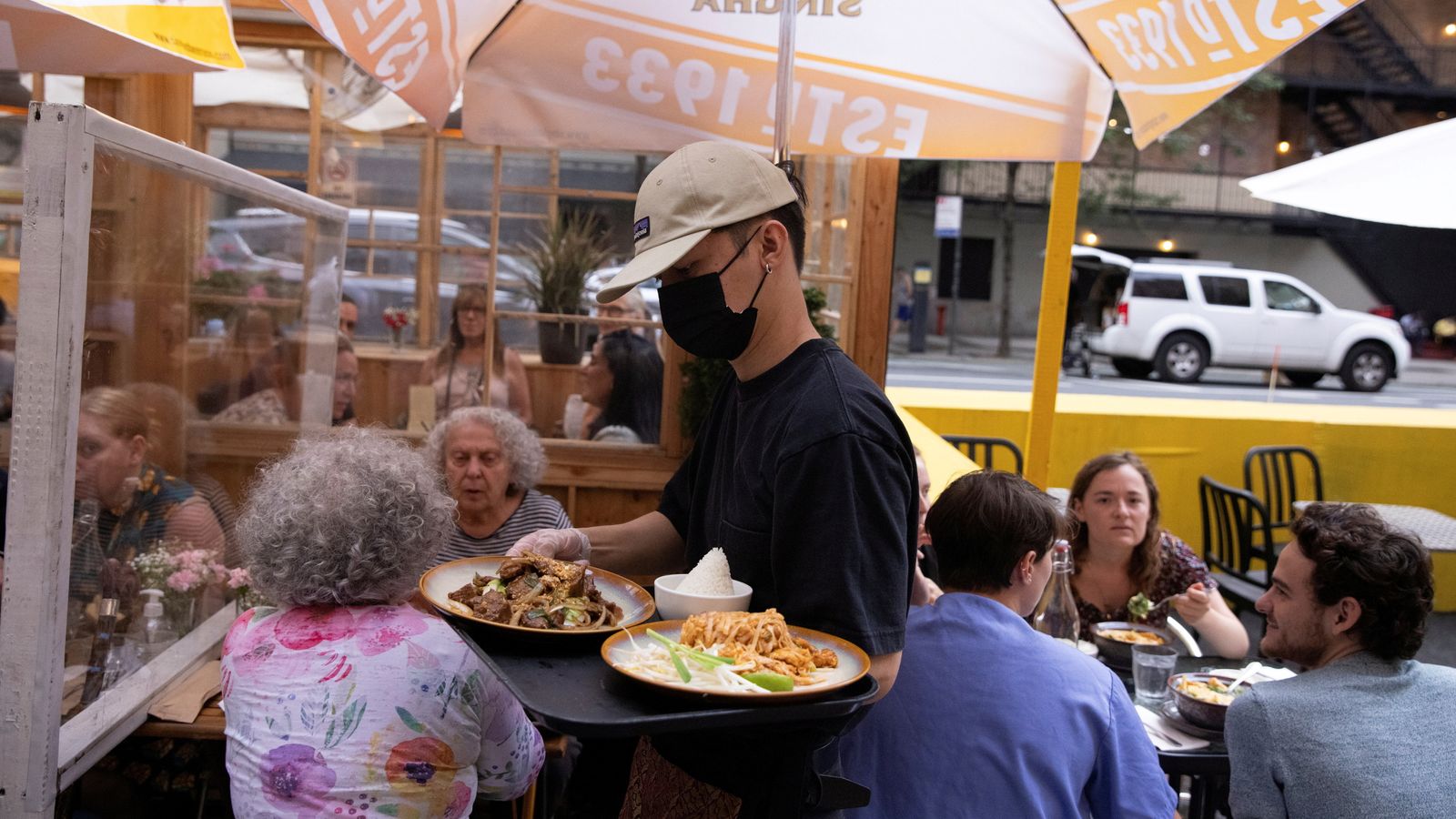 Jobs growth in the US exceeded expectations last month while unemployment fell in a further sign the economy continues to bounce back from the turmoil of the coronavirus pandemic.

So-called nonfarm payrolls increased by 943,000 in July, official employment figures showed, which was above the 860,000 forecasted by economists.

The number of people who reported they had jobs surged by one million, pushing the jobless rate down to 5.4% from 5.9% in June.

Scrambling to find workers as business recovered and came back, companies have raised wages, with average hourly earnings up 4% last month compared to a year earlier.

Like in other countries, the COVID-19 crisis triggered a brief but intense recession in the US last spring, forcing businesses to shut down and people to stay at home.

The economy lost more than 22 million jobs in March and April 2020.

Since then, though, it has recovered nearly 17 million jobs, leaving a 5.7 million shortfall compared to February 2020.

The rollout of vaccines has encouraged businesses to reopen and customers to return to shops, restaurants and bars that they had shunned for months after the pandemic struck.

Many Americans are also in surprisingly strong financial shape because the lockdowns allowed them to save money and bank relief payments from the federal government.

As a result, the economy has bounced back with unexpected speed.

The International Monetary Fund expects US gross domestic product (GDP) to grow 7% this year, its fastest pace since 1984.

Employers are advertising jobs – a record 9.2 million vacancies in May – faster than applicants can fill them.

Some businesses blame generous federal unemployment benefits – including an extra $300 a week on regular state jobless aid – for discouraging Americans from seeking work. 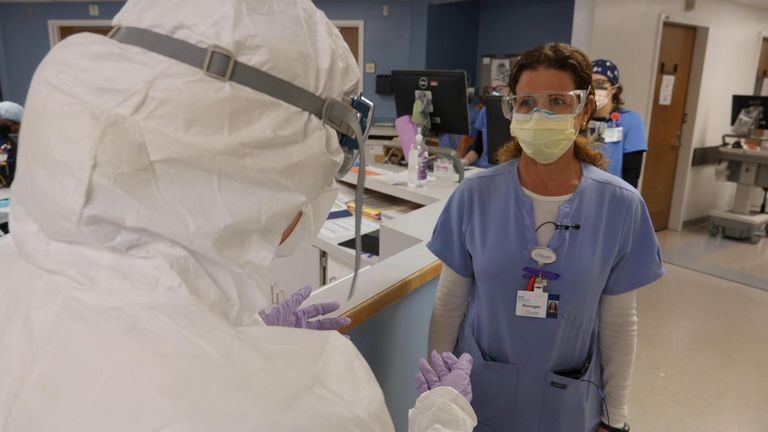 In response, many states have dropped the federal unemployment assistance even before it is due to end nationwide on 6 September.

Many Americans may also be reluctant to return to the job market because of continuing health concerns and trouble getting childcare at a time when many schools are closed.

The economic outlook has been further complicated by a resurgence of coronavirus cases caused by the spread of the highly contagious Delta variant.

The DOJ’s antitrust case against Google is ambitious but risky
40 dead in Pakistan after bus falls into ravine
Teams and Outlook go down for thousands of Microsoft users
Tesla reports record revenue and beats on earnings
Johnson, Rockenfeller, Button get Le Mans seats