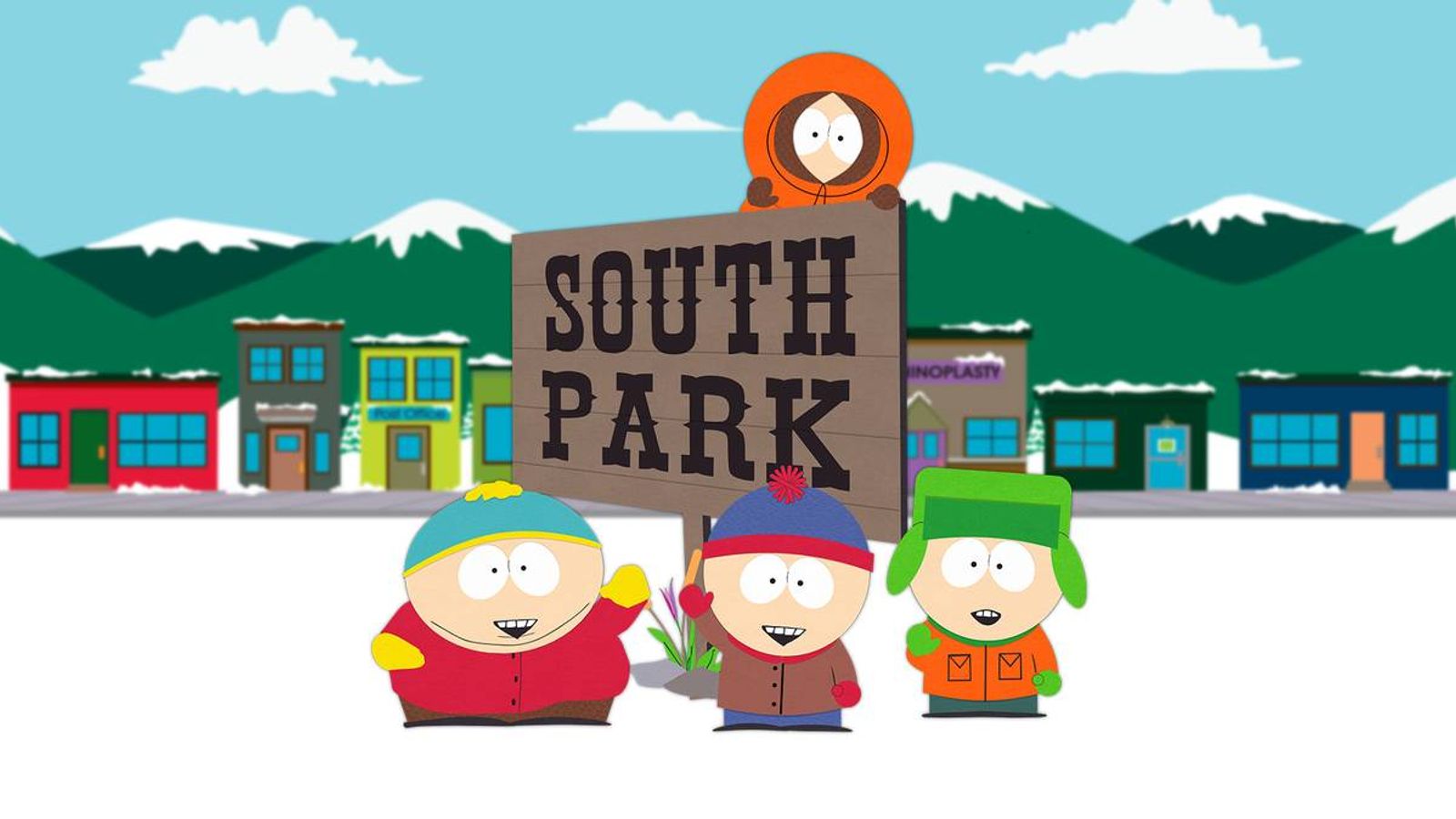 The creators of the long-running and often controversial cartoon South Park have penned a new deal to bring 14 more movies to screens.

Matt Stone and Trey Parker have also seen their show renewed through to a 30th season in a deal thought to be worth about $900 million (£650 million).

The pair will make at least two movies a year featuring Kenny, Cartman and the gang for streaming platform Paramount+ – despite the show’s back catalogue featuring on rival service HBO Max.

Today we’ve announced that @paramountplus is coming to Sky platforms across Europe in 2022. This is the latest in a series of apps to come to Sky Q, adding more than 10,000 hours of content for Sky customers. More 👇 https://t.co/SDrQwiw9sG

South Park’s 25th season will launch next year, and has been running since 1997.

The announcement comes as ViacomCBS revealed that Paramount+ would be coming to the UK next year.

Sky, the parent company of Sky News, has teamed up with the American entertainment giant, to bring the service to customers.

As well as the newly announced South Park movies, shows such as the new iCarly and Rugrats reboots, Star Trek: Prodigy and HALO will feature on the service, as well as films from the Mission: Impossible and Transformer franchises, to name a few.

The multi-year deal also means that channels such as Comedy Central, MTV and Nickelodeon, all owned by ViacomCBS, will be continue to be carried by Sky.

Stephen van Rooyen, executive vice president and chief executive of the UK & Europe at Sky said: “This is another example of how we are innovating for our customers and further aggregating all the best apps and content together in one place on Sky Q, giving them more great TV to watch than ever before.

“Paramount+ is an excellent service with a huge range of fantastic films and TV series, and our new, broader agreement with ViacomCBS will benefit both businesses.”

It will join Comcast’s Peacock service, which will also launch on Sky soon.

Paramount+ is the latest streaming platform to join the UK market as it attempts to take on the likes of Disney+, Amazon Prime Video and BritBox.

Weekend Project: I added a solar panel to my electric mini-truck to charge from the sun
Some of Wall Street’s biggest names are exposed to the Adani Enterprises plunge
Quick Charge Podcast: February 4, 2023
Tesla’s infamous Full Self-Driving Beta v11 is coming this week if you believe Elon Musk
‘Significant’ accident at electricity station in Ukraine