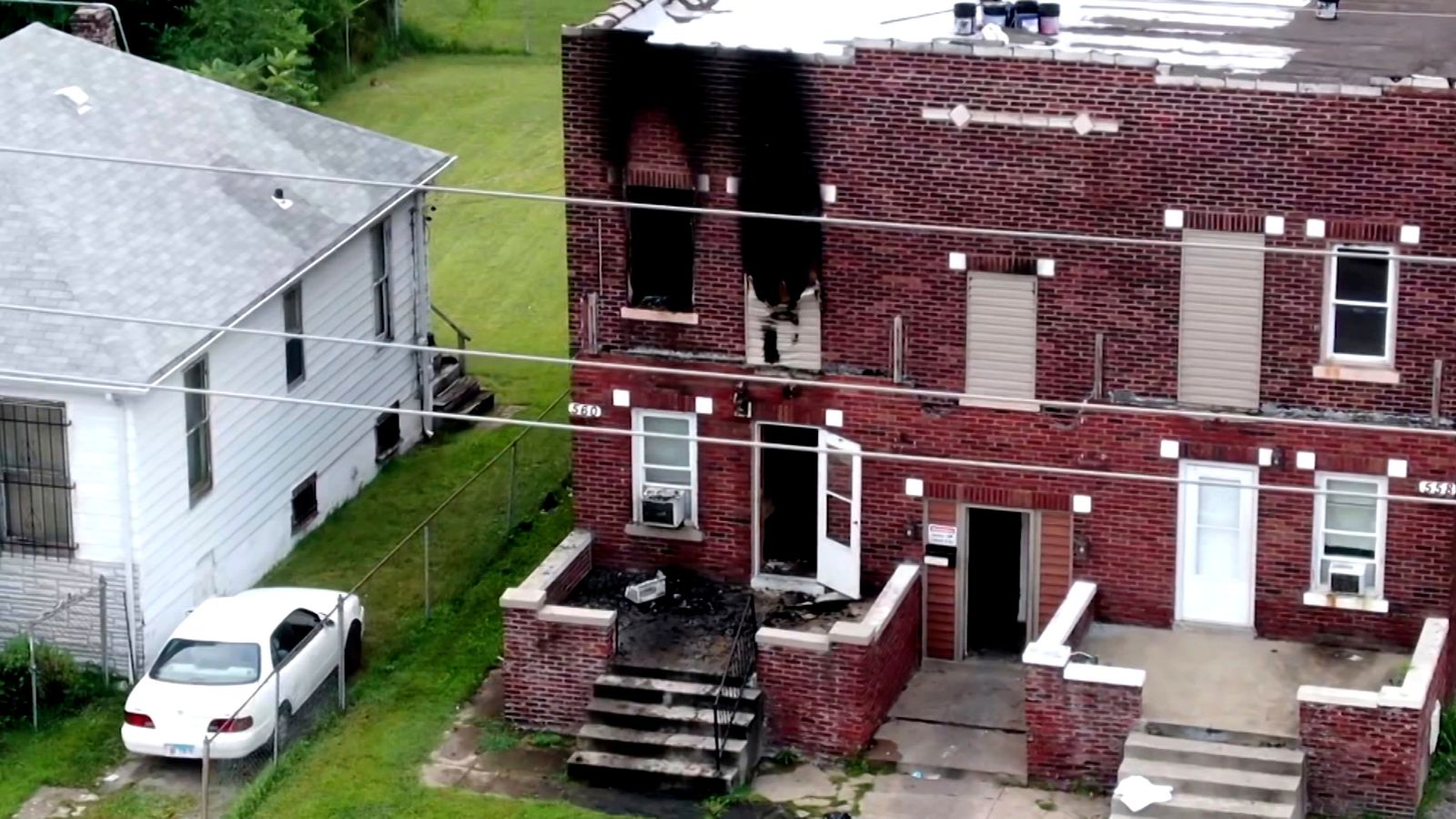 Five children, all younger than 10, have died in an apartment fire in St Louis, Illinois.

The children’s mother had left home to pick up another adult from work and returned to find the building on fire, officials said.

The mother entered the building several times in a bid to rescue her children.

Although it was initially indicated that no adults had been present when the fire started, investigators have been given new information and are trying to determine if a grandparent was present, local media reported.

Fire crews were called to the building in East St Louis in the early hours of Friday morning, where they found two children already dead inside a bedroom.

The three other children were unconscious on the kitchen floor, officials said. Two were pronounced dead when they were taken outside.

The fifth child was taken to hospital where they later died.

All of the children were aged between two and nine years old and all belonged to the same family.

A relative told the St Louis Post-Disptach the family had moved to the apartment after a fire destroyed their previous East St Louis home five months ago.

He added: “It’s kids… they are just blameless in this, and they’re just kids. It’s tough.”

The cause of the fire is now under investigation. Seven other families were displaced by the blaze, but officials said they were not at home when it broke out.

Seven-time All-Star Rolen voted into baseball Hall
Girl, 15, dies and boy, 16, in hospital after stabbing – as teen arrested for murder
Germany to send 14 Leopard 2 tanks to Ukraine
‘Over my dead body’: Proposals to make some NHS patients pay for care spark backlash
Boy, 13, suspected of ‘terror attack’ in Jerusalem hours after gunman killed seven outside synagogue