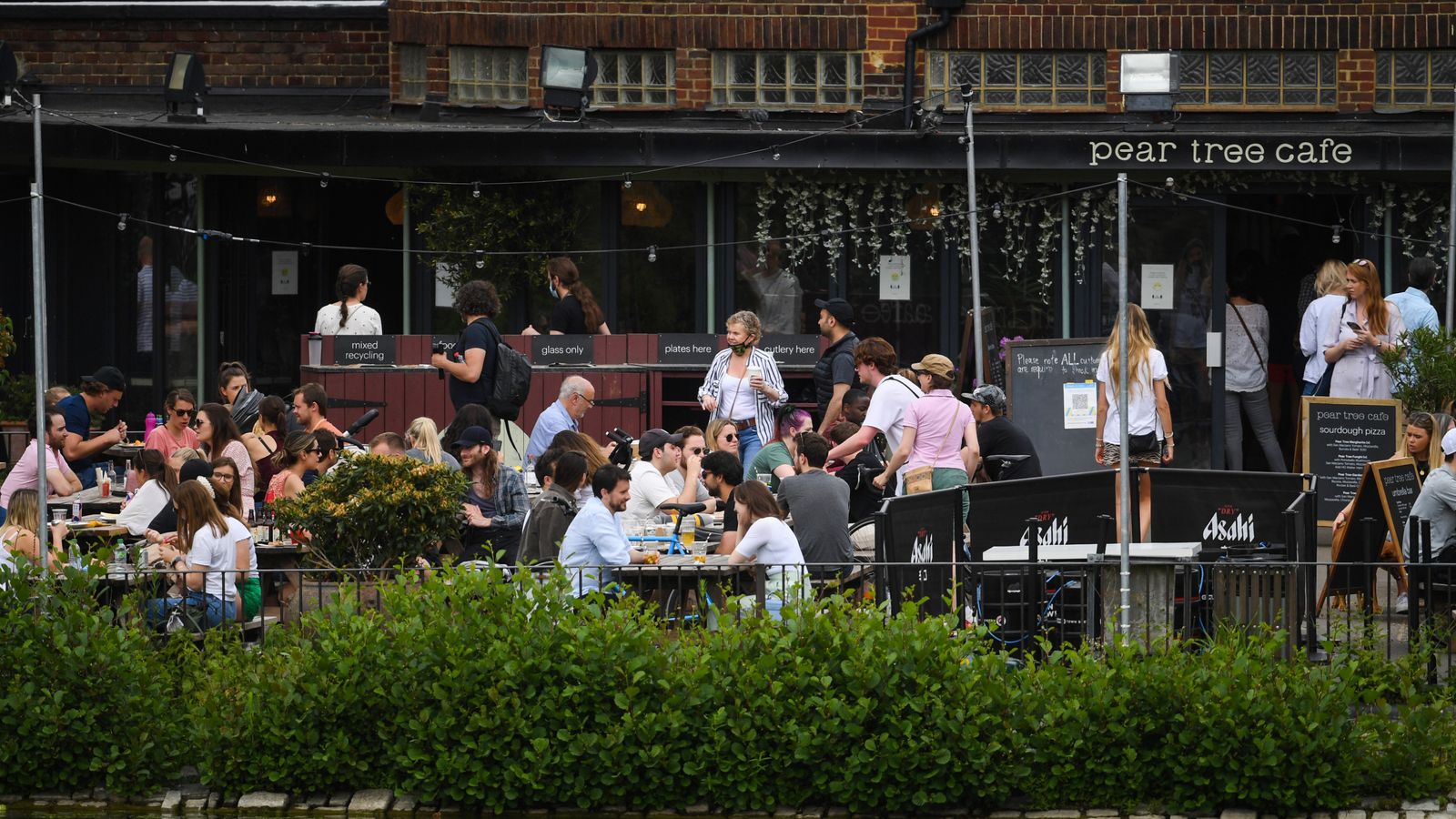 Britain’s economy continues to rebound but is losing some of the earlier momentum in the face of inflationary pressures, fresh figures indicate.

Growth among UK service companies, which make up the lion’s share of UK economic output, slowed to its lowest levels since March although is still strong, according to an influential poll.

The sector scored a strong 59.6 in July in the IHS Markit/CIPS UK Services PMI report, which surveys business leaders around the country.

Live COVID updates from UK and around the world

It was lower than June’s 62.4, but was better than expected by economists, who predicted a score of 57.8.

Any score above 50 is considered to show growth in the sector.

Tim Moore, economics director at IHS Markit, said: “More businesses are experiencing growth constraints from supply shortages of labour and materials, while on the demand side we’ve already seen the peak phase of pent-up consumer spending.”

Spending has also been hit by people who were “pinged” by the NHS app and forced to stay at home after being in close contact with someone who later tested positive for COVID-19, the survey found.

Costs have also been soaring for many businesses.

Earlier this week, builders’ merchant Travis Perkins said its bill for raw materials and other items rose by 7% in its most recent three-month period.

The PMI survey found that wages were being pushed up, fuel prices were increasing and transport bills were also rising.

Inflation has not been as high since the monthly studies started a quarter of a century ago.

As a result the companies that were surveyed increased what they charged for their services at the fastest rate in 25 years.

Duncan Brock, group director at the Chartered Institute of Procurement & Supply, said: “We suspect the best of the post-pandemic recovery could be behind us, especially if higher leisure and hospitality costs diminish appetite for consumer spending.”

The survey also revealed the UK Composite Output Index fell from 62.2 in June to 59.2 in July, it’s lowest level in four months.

This measure is an average, weighted for size, of the services and manufacturing sectors.