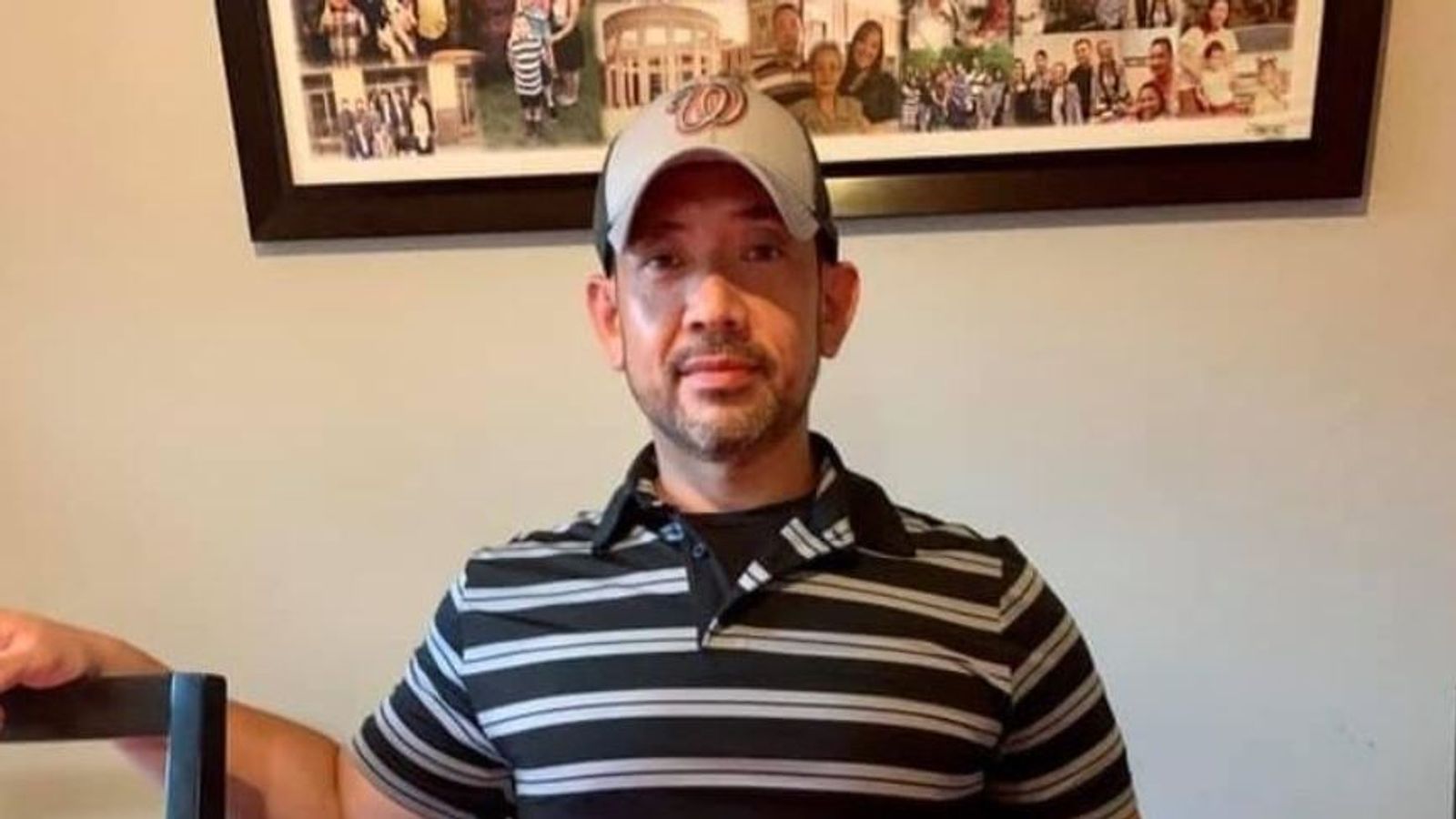 A US police officer has become the third suicide among those who defended the Capitol building from rioters in January.

Washington DC police officer Gunther Hashida was found dead at his home on 29 July, leaving a wife and three children.

Mr Hashida, 43, was part of the emergency response team in the Special Operations Division of the Metropolitan Police Department.

He had joined the police department in May 2003 and a fundraising page has been set up seeking donations to “support his memorial service and his family in the loss of his love and guidance”.

A police spokesperson confirmed Mr Hashida’s death to Sky News, adding: “We are grieving as a department as our thoughts and prayers are with Officer Hashida’s family and friends.”

The officer’s suicide follows that of his colleagues Jeffrey Smith and Howard Liebengood, both of whom died within a month of the riot.

House Speaker Nancy Pelosi sent her “deepest condolences” to Mr Hashida’s family and colleagues, describing him as “a hero who risked his life to save our Capitol, the congressional community, and our very democracy”.

More on Us Capitol Riots

She added: “All Americans are indebted to him for his great valour and patriotism on 6 January and throughout his selfless service.

“May Officer Hashida’s life be an inspiration to all to protect our country and democracy, and may it be a comfort to Officer Hashida’s family that so many mourn their loss and pray for them at this sad time.”

The Capitol was invaded by supporters of then-president Donald Trump on 6 January as a joint session of Congress was officially confirming Joe Biden’s win in the election a few months earlier.

More than 500 people were arrested, with around 140 police officers injured and one – Brian Sicknick – collapsing in his office after responding to the riot and dying the following day after two strokes.

Late in July, a congressional committee investigating the riot heard from four police officers who told them about the violence and abuse they experienced that day.

One of the officers, Sergeant Aquilino Gonell, said that for many in the police, the trauma resulting from the riot “has not ended”.

“That day continues to be a constant trauma for us literally every day, whether because of our physical or emotional injuries, or both,” he said.

One of his police colleagues Michael Fanone added: “What makes the struggle harder and more painful is to know so many of my fellow citizens, including so many people I put my life at risk to defend, are downplaying or outright denying what happened.

“I feel like I went to hell and back to protect them and the people in this room, but too many are telling me that hell doesn’t exist or that hell actually wasn’t that bad.

“The indifference shown to my colleagues is disgraceful.”

:: Anyone feeling emotionally distressed or suicidal can call Samaritans for help on 116 123 or email jo@samaritans.org in the UK. In the US, call the Samaritans branch in your area or 1 (800) 273-TALK.