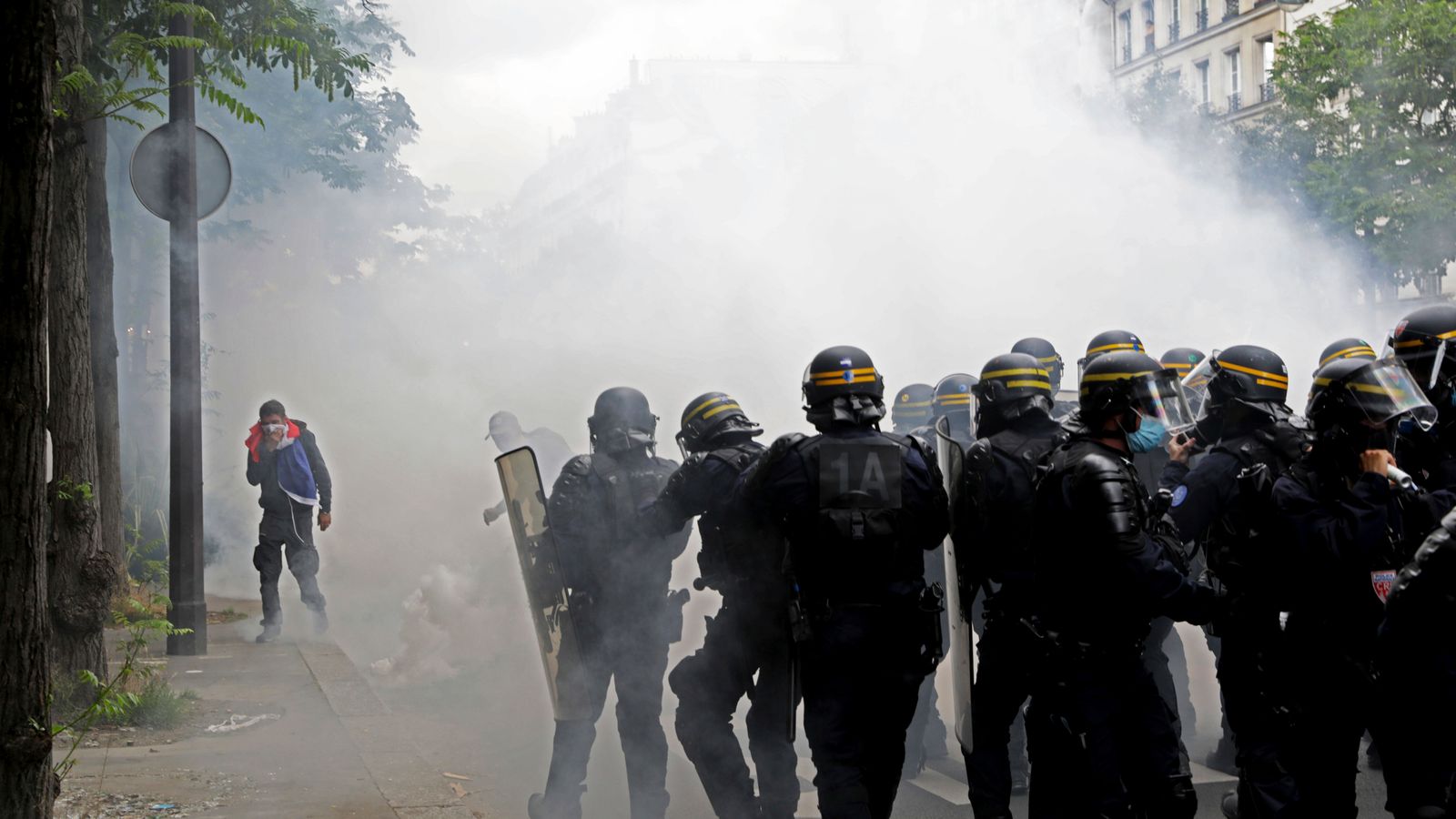 Protesters marched on the French capital to voice their displeasure at the introduction of vaccine passes starting on 9 August.

Legislation was passed on Wednesday to require a proof of vaccination, recent recovery from the disease, or a negative test for a variety of scenarios.

This includes eating at cafes, getting on trains or boarding a plane.

At least four marches took place in Paris on Saturday, as well as a number of other protests around the country.

Previous demonstrations have been against the proposal of restrictions, and other steps the government has taken to try and control the pandemic.

It comes as France faces a spike in coronavirus cases, with the delta variant now taking hold.

Many of those demonstrating against vaccine passes say they are a violation of their liberty.

Around 3,000 members of the security forces have been deployed to Paris this weekend, with many stationed on the Champs-Elysees to prevent the famous avenue from being overrun.

Some parts of the capital saw muted protests, but tempers flared in other areas.

More than 24,000 new cases of COVID-19 were reported in France on Friday – this compares to just a few thousand per day at the start of July.

The government is trying to encourage people to get jabbed, after a slow start to the rollout.

Vaccines are now widely available, with some jab centres available at beaches.