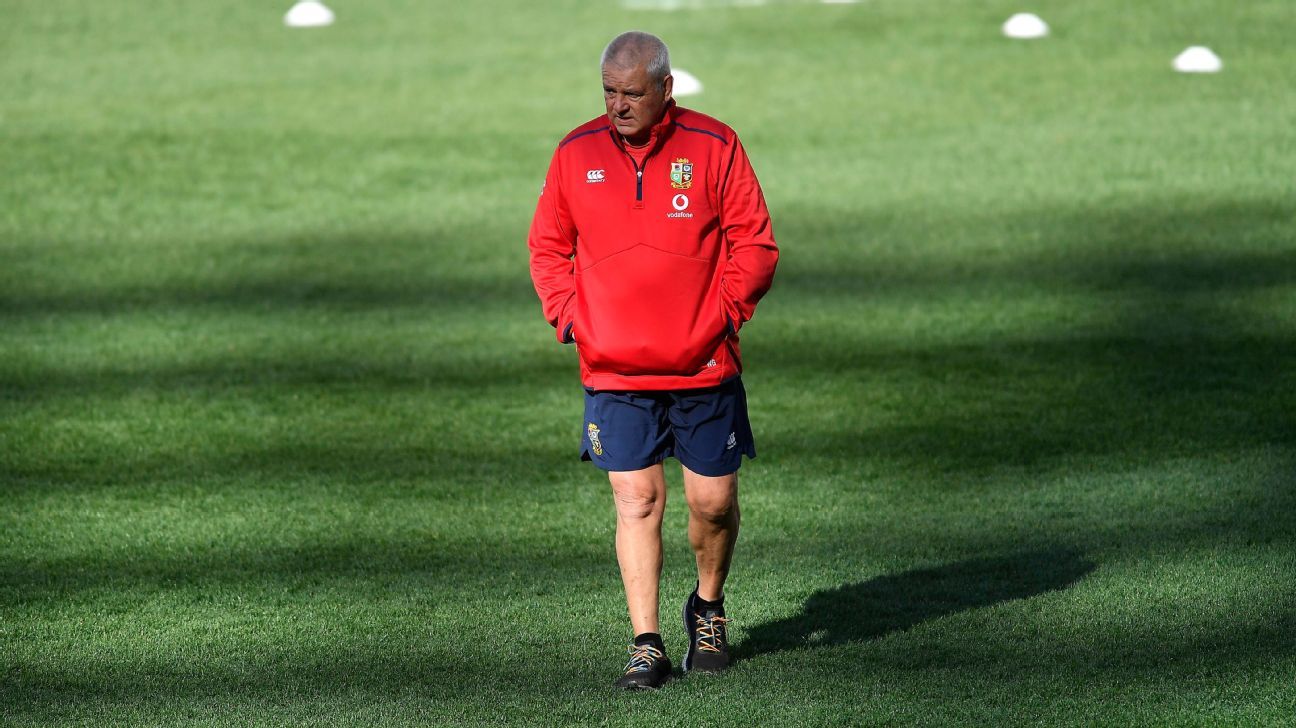 South Africa’s director of rugby Rassie Erasmus has been under fire for an hour-long video that was released this week in which he used 26 clips from the 22-17 loss on Saturday to critique the match officials, including Australian referee Nic Berry.

But attack coach Stick has gone on the offensive, and suggests it was Gatland’s reported criticism of the appointment of South African Jonker as a late TMO replacement, which the Springboks claim put him under pressure, that lit the fuse.

“The integrity of World Rugby was challenged.. someone [Gatland] on the other side was questioning them on the decision that was made. I have not seen any statement from his side where he is apologising about it,” Stick told reporters on Friday.

“It cannot be where one team is playing on a grass field and the other on mud. We are not asking for any favours, we just want a fair, equal ground for everyone.”

The Lions did not immediately respond to Reuters’ request for comment.

Kolisi would not be drawn into detail on the contents of the video, but did confirm he was unhappy with his treatment by Berry.

“I didn’t feel respected at all. I didn’t feel I was given a fair opportunity,” Kolisi said. “I didn’t get given the same access to the referee. There is proof. If you watch the game again you will see that for yourself.”

Kolisi went on to praise this Saturday’s referee for the second test, New Zealander Ben O’Keeffe.

“It is a new game and a new referee, I am sure Ben will give me a fair chance,” he said.

Erasmus’ actions have since been slammed by Rugby Australia and he is also the subject of a World Rugby investigation.