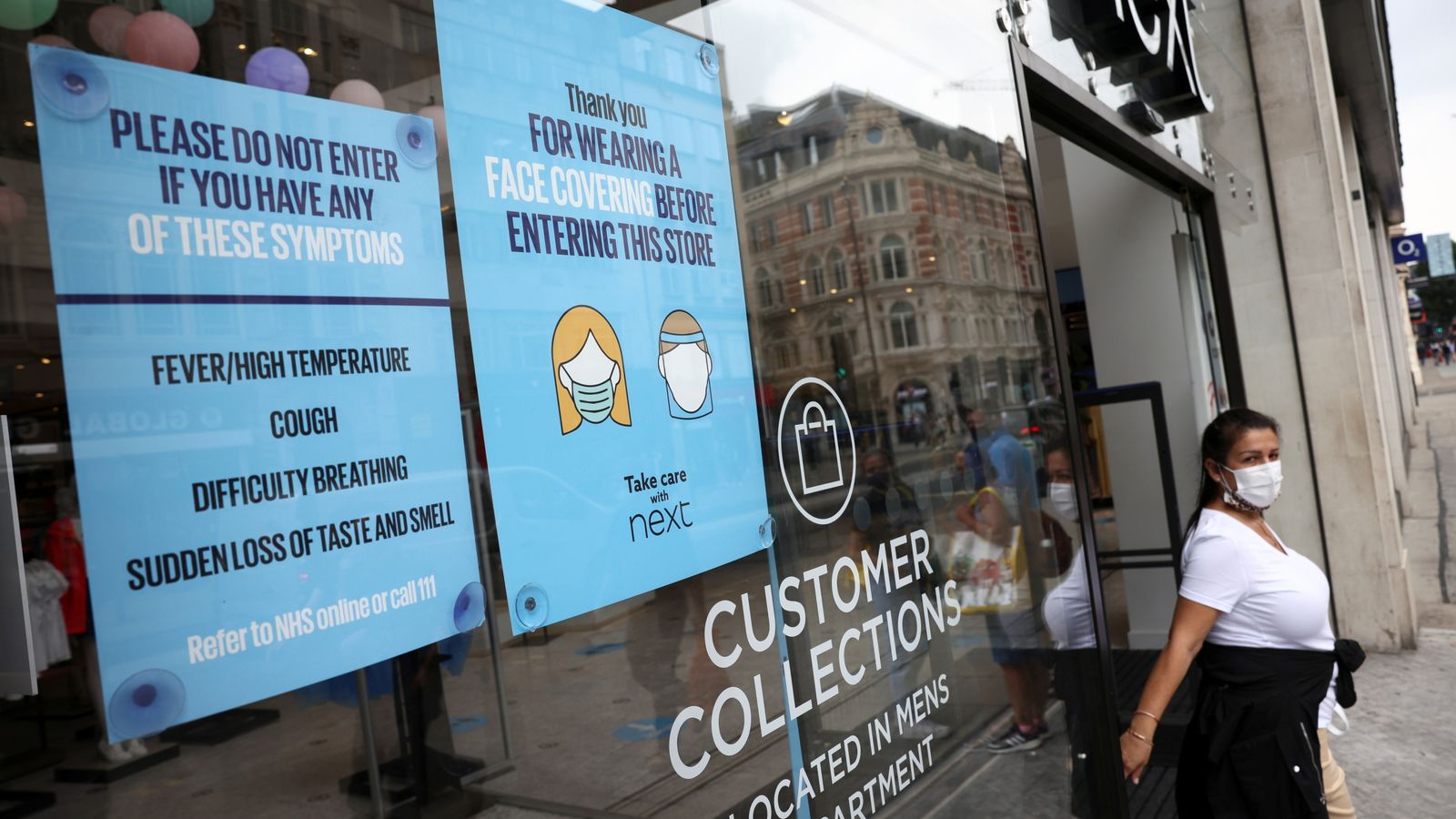 It means the number of COVID cases reported in the UK has fallen for the sixth consecutive day.

Fourteen deaths were reported during the same period.

Follow live COVID updates from the UK and across the world

There are growing concerns that the vaccination programme has stalled among young people, with figures reported in The Times showing that a third of those aged 18 to 29 have not had their first dose.

Earlier, a YouGov poll was published showing that the use of face masks among young people had slumped since England’s restrictions were ended a week ago.

Meanwhile, it has been reported that university students could need to be fully vaccinated against coronavirus to attend lectures and stay in halls this coming academic year.

“We aren’t ruling it out,” a senior government source told Sky News about the prospect of mandating vaccination passports for universities.