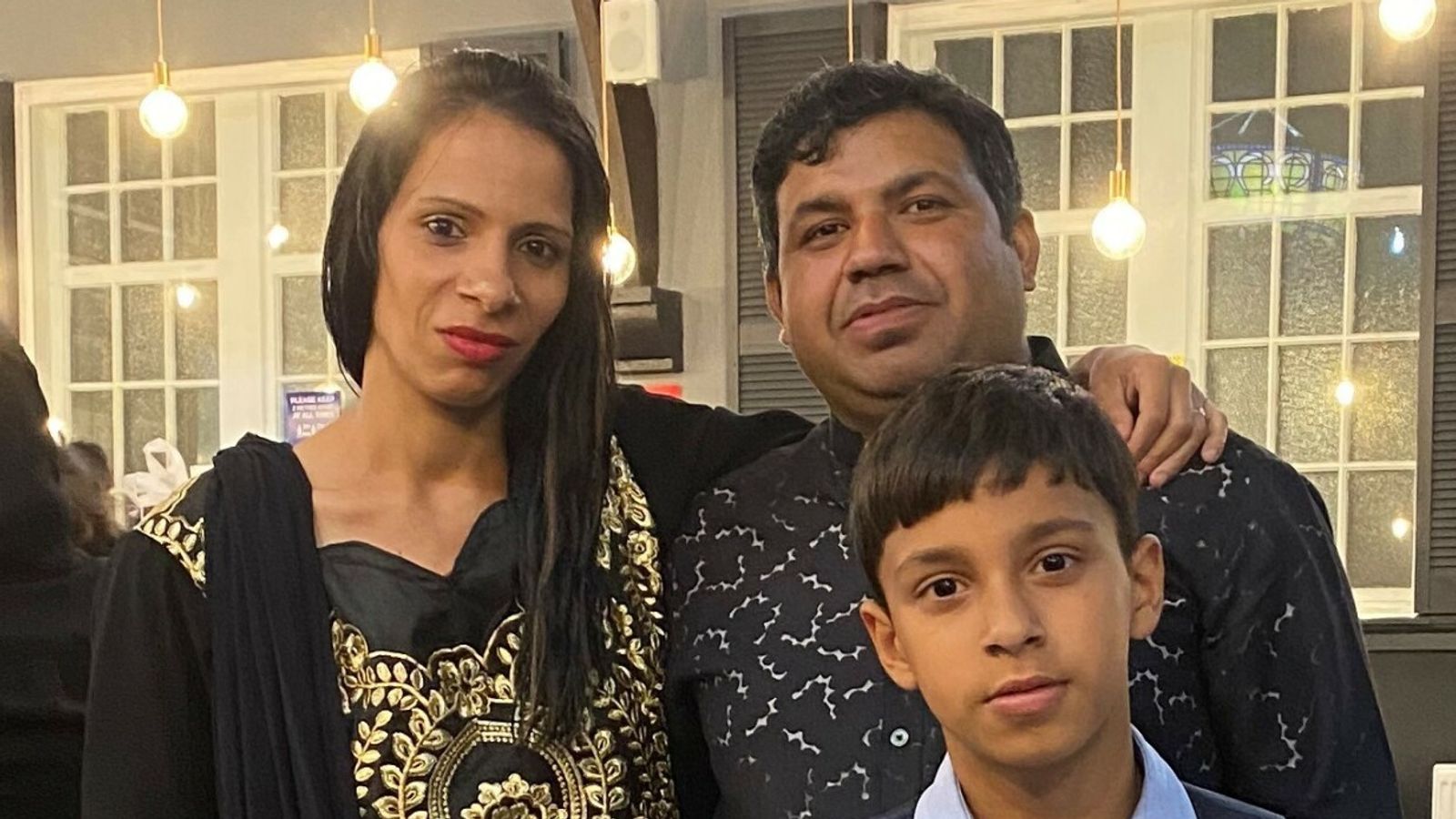 A man has told Sky News of the desperate attempts to save his wife, their nine-year-old son and a family friend who died in Loch Lomond.

Waris Ali said his wife, son and family friends, including children, decided to stop off at the beach on the way back from Isle of Skye.

He said they sat on a pier and the youngsters went into the water, thinking it was shallow, but then they “went under”.

He said his wife saw the children were drowning and the adults went to save them.

He has told Sky News of his desperate attempts to rescue his wife.

He said: “I managed to stay afloat and head towards the shallow water, but when I got out, I saw my wife’s hands outside and just her eyes out of the water.

“I took my shirt off and threw it to her so she could grab it, but she couldn’t. I then went to go and get help.”

Mr Ali said a Scottish man arrived and saved Mr Riaz’s son, but couldn’t save the other three.

He said: “I was trying to save my wife for some time, took my shirt off but realised I couldn’t do anything to save her. And the guy who came couldn’t save anyone else, just Asim’s son.”

“I don’t have any words to put together how I’m feeling,” he said.

“The three were such lovely people, Asim was my best friend, he was my family. He was more than a friend he was my brother, the three of them would help anyone they could help.”

He added: “My wife and my kid were helpful, they would help me or anyone else, if they were in pain, they would do whatever to help. They would help without even thinking to protect other people. That’s why today she’s not here because her husband was drowning in the water.”

Mr Riaz’s seven-year-old son is currently in intensive care at the Royal Hospital for Children in Glasgow.

The incident followed the deaths of three other young people in similar circumstances in Stonehouse, involving an 11-year-old boy; in Lanark, where a 13-year-old boy lost his life; and another on Loch Lomond on Friday, which claimed the life of a 16-year-old boy.

A senior officer from Scottish Fire and Rescue Service said this weekend was one of the worst in memory for the service.

Alasdair Perry, a Deputy Assistant Chief Officer, told Good Morning Scotland: “This is the worst weekend in relation to incidents of this nature I can remember and I’d like to offer my condolences and those of everyone at the Scottish Fire and Rescue Service to all those affected by this weekend’s tragic events, and in particular to the friends and families of all those involved.”

Simon Jones, the executive lead for water safety at Loch Lomond and the Trossachs National Park, added: “It’s been a terrible week in the park and across other parts of Scotland as well for tragic events.

“Our deepest sympathies go out to friends and family.

“We can’t remember a period like this – many of our staff were closely involved and it’s been very traumatic for people involved.

“[It’s been] really, really challenging and sobering – giving us a lot of cause for reflection.”

He added: “First and foremost my condolences go out to all the families and the communities that have been affected by this.

“I think all of us have been rocked by these tragedies and I spoke to a couple of my ministerial colleagues over the weekend as this news unfolded, and certainly whatever we can do in government to support those in our national parks or other stakeholders to make our parks, our walks, our tourist hotspots as safe as possible, then the government is committed to do that.”

Mr Perry urged those swimming in open water to adhere to safety advice, not to leave young people unattended, and to ensure they do not swim after consuming alcohol.

Electric truck maker Rivian confirms it is developing an electric bike
How US shot down China’s ‘spy balloon’ with a single missile – and what was likely on it
Zelenskyy to hold talks with Sunak today in surprise UK visit as fresh Russian sanctions applied
Powerful earthquake hits Turkey and Syria killing more than 1,500
Westminster’s ‘nepo babies’ are here to stay – whether we like it or not | Adam Boulton