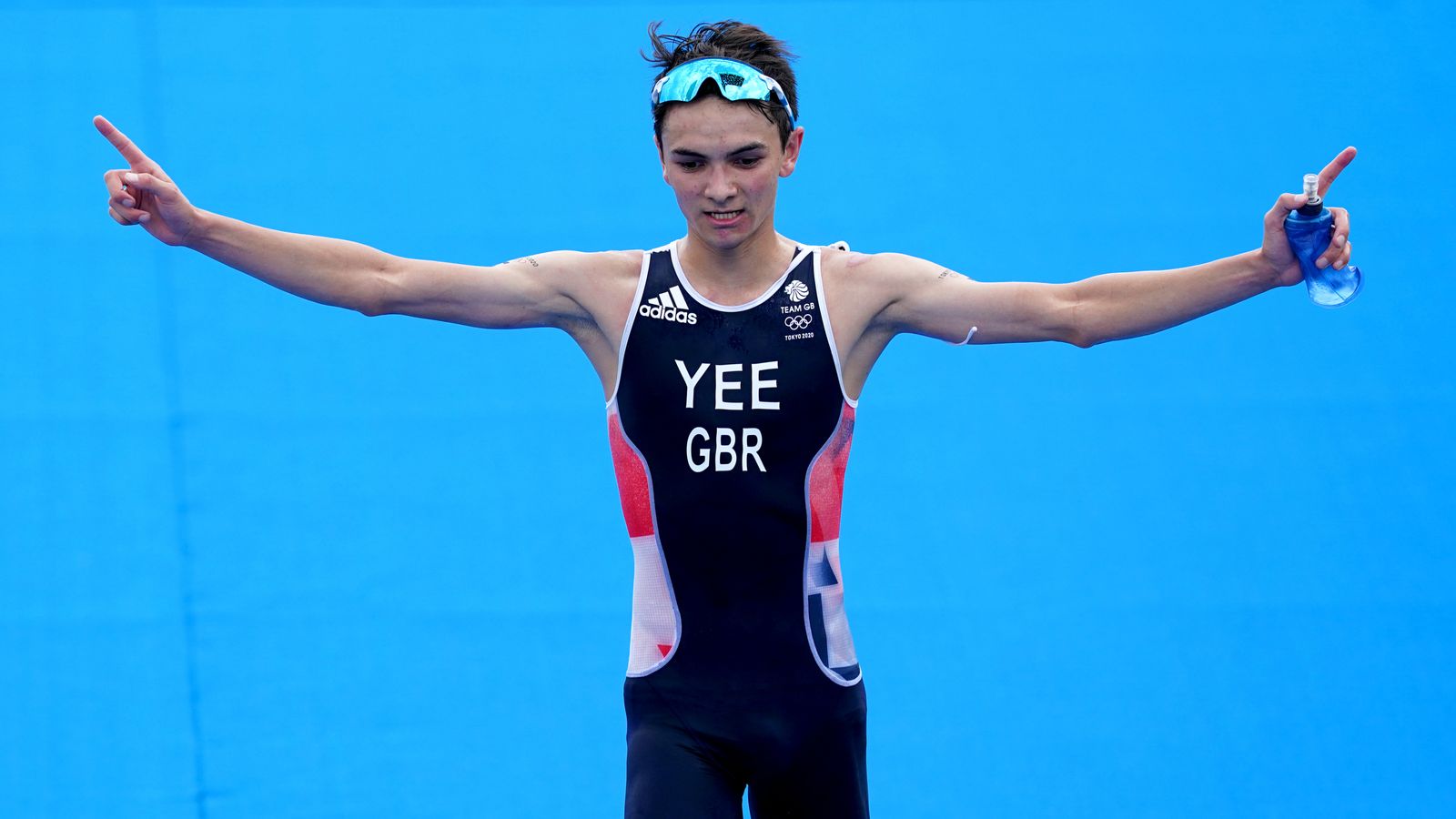 The 23-year-old from Brockley, southeast London, making his Olympic debut, led for much of the 10km (6.2 miles) run before the Norwegian produced a stunning breakaway in the Tokyo heat.

New Zealand’s Hayden Wilde took silver with Brit Jonny Brownlee, who was bidding for a medal at a third successive Olympics having won bronze in London and silver in Rio, finishing fifth.

The event got off to a bizarre beginning when half of the athletes were blocked from diving into the water by a boat, leading to a false start.

Yee stayed in contention, leading the chase group across the line in the cycling before taking the lead in the run.

Both Yee and Brownlee were at the fore going into the final lap but Blummenfelt signalled his intent by making a break on the third lap that split the pack – with only Yee and Wilde able to hang on.

The Norwegian made his bid for gold in the final, in what many thought was a premature burst, but the chasers couldn’t keep up and he ended up winning in the time of 1:45:04.

Blummenfelt was clearly emotional at the finish line, falling to the ground and requiring medical attention.

The 27-year-old won Norway’s first Olympic medal and was taken away in a wheelchair after the race.

Yee got Team GB off to a good start on day three after a disappointing day two on Sunday which saw several medal hopeful’s drop out of the Games.

This was Britain’s third medal so far, with swimmer Adam Peaty hoping to win Team GB’s first gold in the 100m breaststroke later.

“I am just over the moon. I was already deep in the well and dug that little bit in my soul. It wasn’t enough to catch Kristian but it was enough to get silver.”

They will play hosts Japan in their second game later today, with hopes of going one better from Rio 2016 and taking gold.