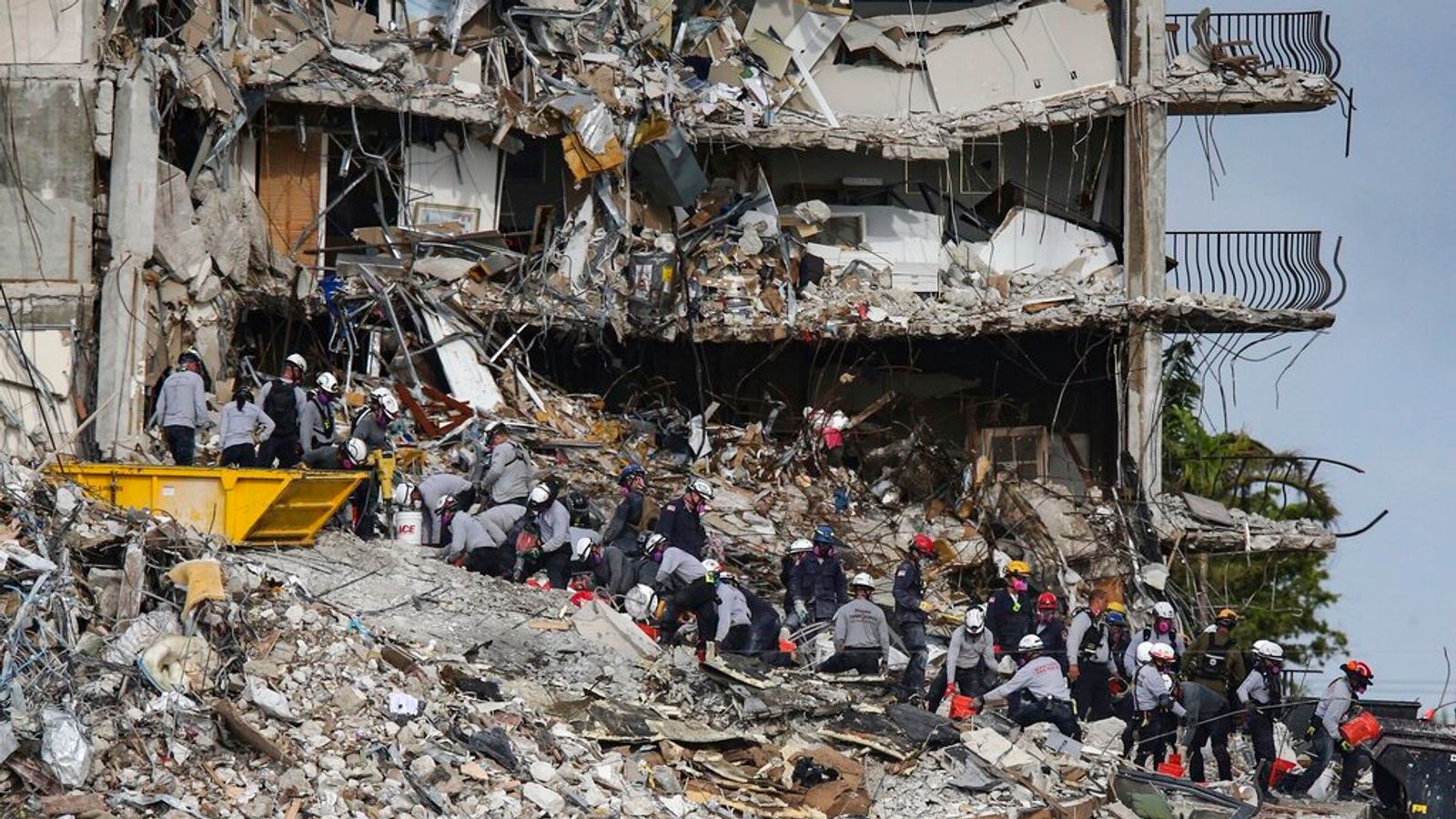 The search for victims in a collapsed Miami apartment block has officially finished, the city’s fire and rescue department says.

Champlain Towers South, in the Miami suburb of Surfside, collapsed in the early hours of 24 June, killing at least 97 people.

It is believed that one victim is still unaccounted for and police will continue to look through the debris for personal effects.

Miami-Dade Mayor Daniella Levine Cava said: “At this step in the recovery process it has become increasingly challenging to identify victims.

“We are relying heavily on the work of the medical examiner’s office and the scientific, technical process of identifying human remains.”

She described the search and recovery workers as “true superheroes”.

During the four-week search, no survivors were found and officials formally gave up hope of finding anyone alive on 7 July.

Scott Dean, leader of one of the two task forces that worked in 12-hour shifts at the disaster site, said: “Providing closure to families was the ultimate test of everybody here.”

Fire Chief Alan Cominsky added: “I couldn’t be prouder of the men and women that represent Miami-Dade Fire Rescue.”

The remaining section of the 12-storey, 136-unit apartment block was demolished about 10 days after the first section collapsed.

The cause of the collapse is still not clear but concerns had been raised about structural problems in the 40-year-old building in an engineering report done three years ago.

The problems described in that report are the focus of several inquiries, including a grand jury investigation.

Nearby buildings are also being inspected for signs of poor construction or structural weaknesses.