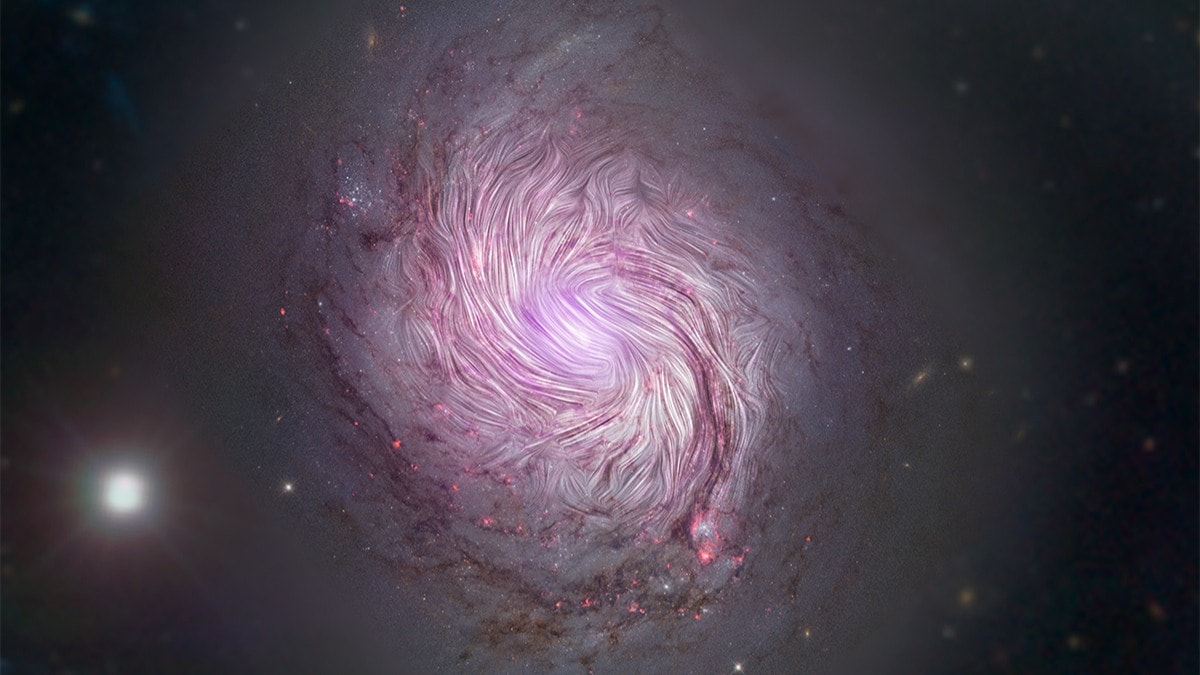 NASA has shared a stunning photograph on Instagram of a galaxy called M77, and has offered a brief explanation of how it has been “shaped.” For a long time, the shapes of many galaxies, including our own Milky Way, have puzzled many scientists. The Milky Way is spiral-shaped and has arms full of stars. However, have you ever wondered how it got its shape? Well, this is the question that had baffled scientists for a long time. In its new post, the space agency has explained how magnetic fields played a huge role in shaping the various galaxies.

The post is based on research from NASA’s Stratospheric Observatory for Infrared Astronomy, or SOFIA telescope. In the caption, NASA states that “spiral galaxies like the Milky Way are shaped by magnetic fields” that are “invisible to the human eye.”

But these magnetic fields are made more clear by combining imagery from the space agency’s Hubble Space Telescope, Nuclear Spectroscopic Array, and Sloan Digital Sky Survey.

In a report on its website in December 2020, NASA stated that SOFIA “studied the galaxy using far-infrared light (89 microns) to reveal facets of its magnetic fields that previous observations using visible and radio telescopes could not detect.” The report also states that these circling arms get their shape from what is known as “density wave theory.” This theory suggests that the dust, gas, and stars in the spiral arms are constantly on the move like luggage is on a conveyor belt.

According to another report from December 2019 on the NASA website, M77 is 47 million light years away from the Earth. It’s located in the constellation Cetus.

At its centre, the M77 has a massive black hole, that is twice the size of the black hole in Milky Way.

Casemiro lifts Man United, Bayern in crisis, Wrexham rock FA Cup: Weekend Review
RAF chief admits mistakes over ‘discrimination’ against white men
Cheryl on her West End debut: ‘Disasters are part of the experience’
Why a British star’s Oscar nomination has sparked a storm of controversy
Some of Wall Street’s biggest names are exposed to the Adani Enterprises plunge