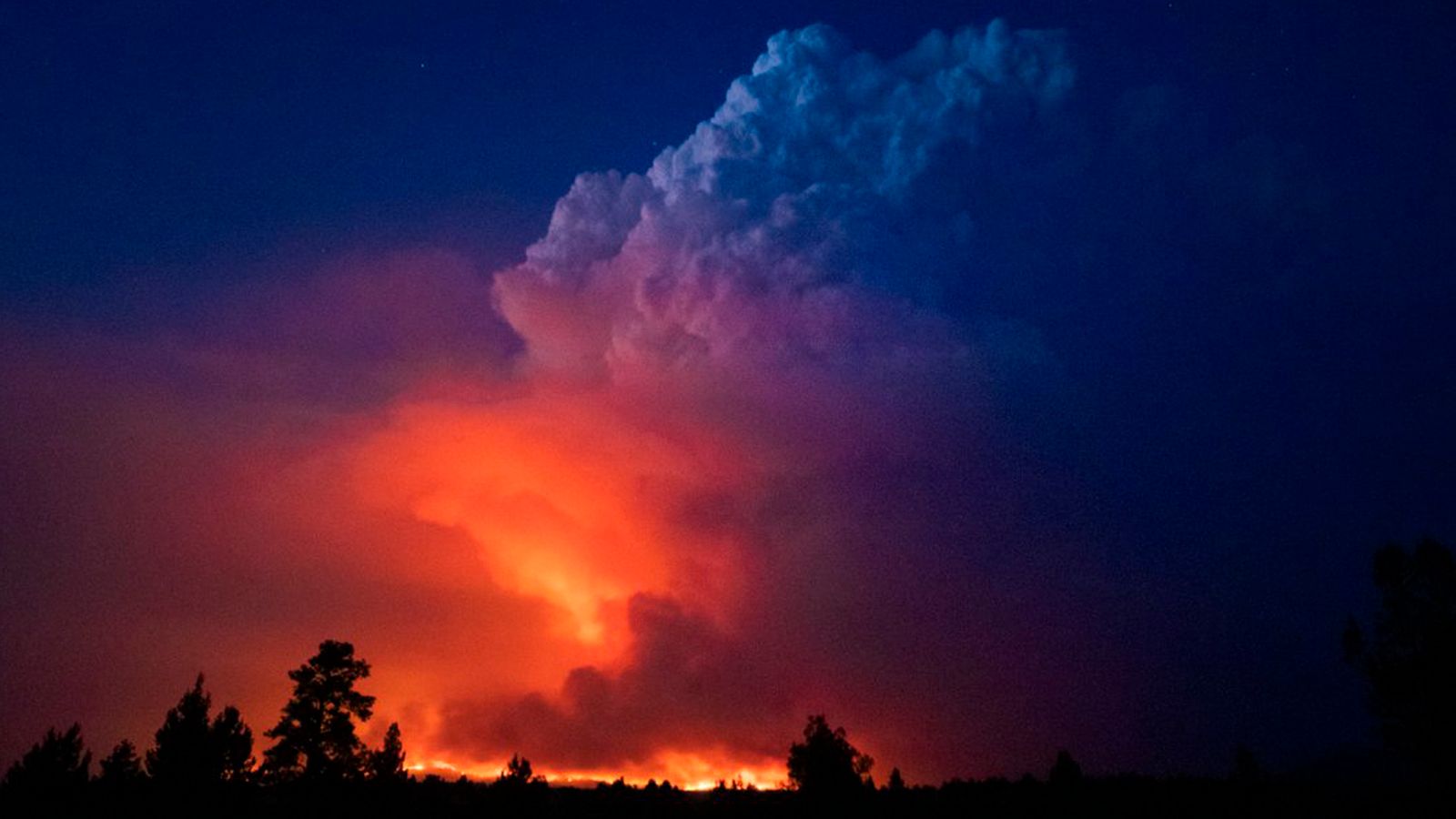 More than 360,000 acres (531 square miles) have been destroyed by a wildfire in the US state of Oregon, where more than 2,000 people have been given evacuation orders, while a similar number of firefighters are battling the blaze.

An estimated 2,100 people had been told to leave or to be ready to go at a moment’s notice, authorities said.

Around 2,250 firefighters are trying to bring it under control and had built containment lines around 30% of the perimeter by late Monday, the Oregon Forestry Department said.

At least 67 homes have been destroyed, along with more than 100 outbuildings and other structures and an estimated 3,400 homes are considered to be under threat.

The intensity of the fire forced firefighting teams to retreat to safety zones for the ninth day in a row.

Incident commander Joe Hessel wrote in his daily report: “This fire is a real challenge, and we are looking at sustained battle for the foreseeable future.”

Ground crews, backed by water-dropping helicopters and airplane tankers, included reinforcements from at least 30 US states he said.

The Bootleg fire, which began on 6 July, is the largest by far of the 80 major active wildfires that have collectively burned nearly 1.2 million acres in 13 states, the National Interagency Fire Center said.

Only three other Oregon wildfires over the past century have consumed more acreage, state forestry figures show.

The cause of the Bootleg fire is being investigated, but it has thrived in gusty winds, high temperatures and low humidity.

An unusually active start to the wildfire season in the western US has coincided with record-shattering heat that has baked much of the region in recent weeks and is blamed for hundreds of deaths.

Scientists have said the growing frequency and intensity of wildfires are largely attributable to prolonged drought and increasing bouts of excessive heat that are symptomatic of climate change.