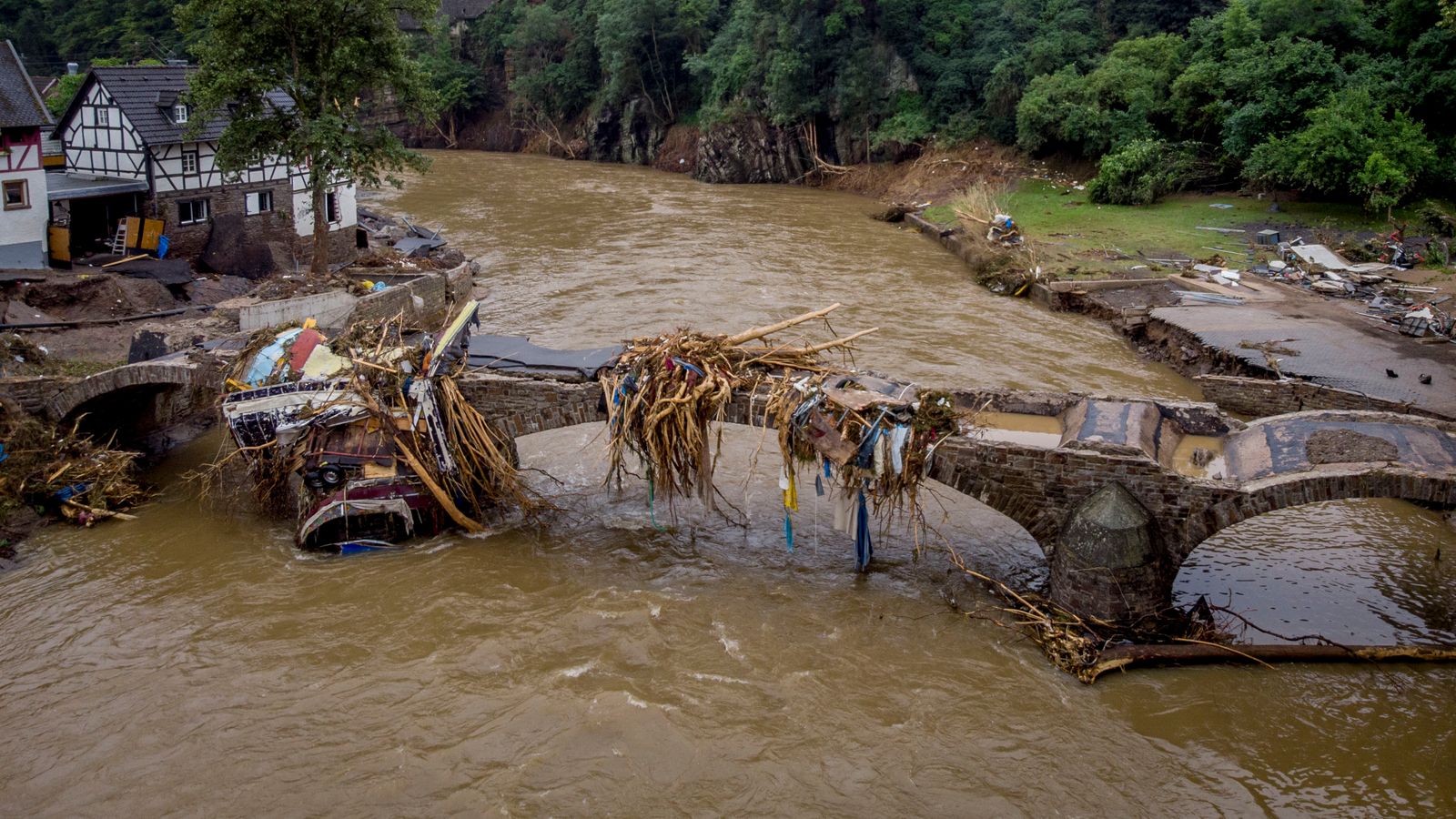 At least 170 people have now died following “historic” flooding across Germany and Belgium – with fears the death toll could keep rising.

The search and rescue operation is continuing as the deadly flood waters recede and debris is cleared.

At least 143 people have died as a result of the flooding in western Germany, with officials telling the public that the risk is not yet receding with the floodwaters.

In Belgium, where at least 27 people have died, dykes along a river are threatening to collapse.

Large parts of a dam near Cologne in the North Rhine-Westphalia region, which is Germany’s most populous, have broken away and there is “enormous pressure” on the structure because of the high water level, posing “an acute risk” the dam could rupture. More people have been evacuated from the area.

Pictures from across the region – one of the most prosperous in Europe – show homes destroyed and businesses devastated. Astonishing footage from near Frankfurt shows an entire house being carried down the River Ahr.

Sky News visited one area of North Rhine-Westphalia where police are patrolling to ensure people have left their homes amid fears a nearby dam could collapse and consume hundreds of houses.

And officers have also warned people in the Ahrweiler area to be wary of downed power lines, and are asking visitors to stay away as sightseers have blocked roads.

Parts of the town of Erfstadt have been cut off for days, with a huge sinkhole making the rescue operation more difficult.

Residents have been transported out of the area, many left with nothing on the back of flat bed lorries, and have been forced to queue for €200 handouts so they can buy basic amenities.

State minister of North Rhine-Westphalia, Armin Laschet, said: “Hundreds of people are willing to drop everything and help us on the ground, so I want to thank all those volunteers. Germany will do everything possible over the next couple of days to organise the funds necessary.” 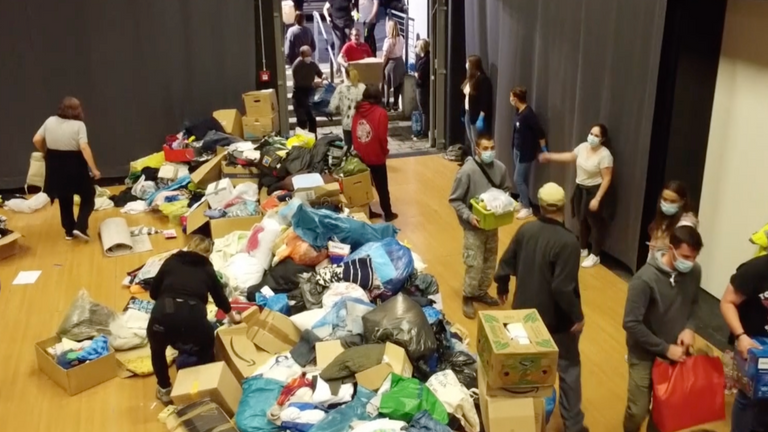 Meteorologists said some areas of western Europe had received two months’ rain in two days ahead of the floods, with more than 150 litres per square metre falling over 24 hours in parts of western Germany.

Several senior officials have blamed climate change for the disaster.

“Climate change isn’t abstract anymore. We are experiencing it up close and painfully,” said Malu Dreyer, governor of Rhineland-Palatinate state.

She said it showed the need to speed up action on the issue.

German President Frank-Walter Steinmeier also said it showed that decisive action was the only way “to limit the extreme weather conditions we are now experiencing”.

Chancellor Angela Merkel has been in the US but will visit Rhineland-Palatinate – one of the worst affected villages – on Sunday.

Suicide bomber kills at least 32 in Pakistan mosque attack
US slows pace of rate hikes again as Bank of England prepares its next action against inflation
Flybe collapse asks questions about the resilience of UK’s transport infrastructure
Three emergency workers fired over response to Tyre Nichols after he was beaten by police
Cheryl on her West End debut: ‘Disasters are part of the experience’