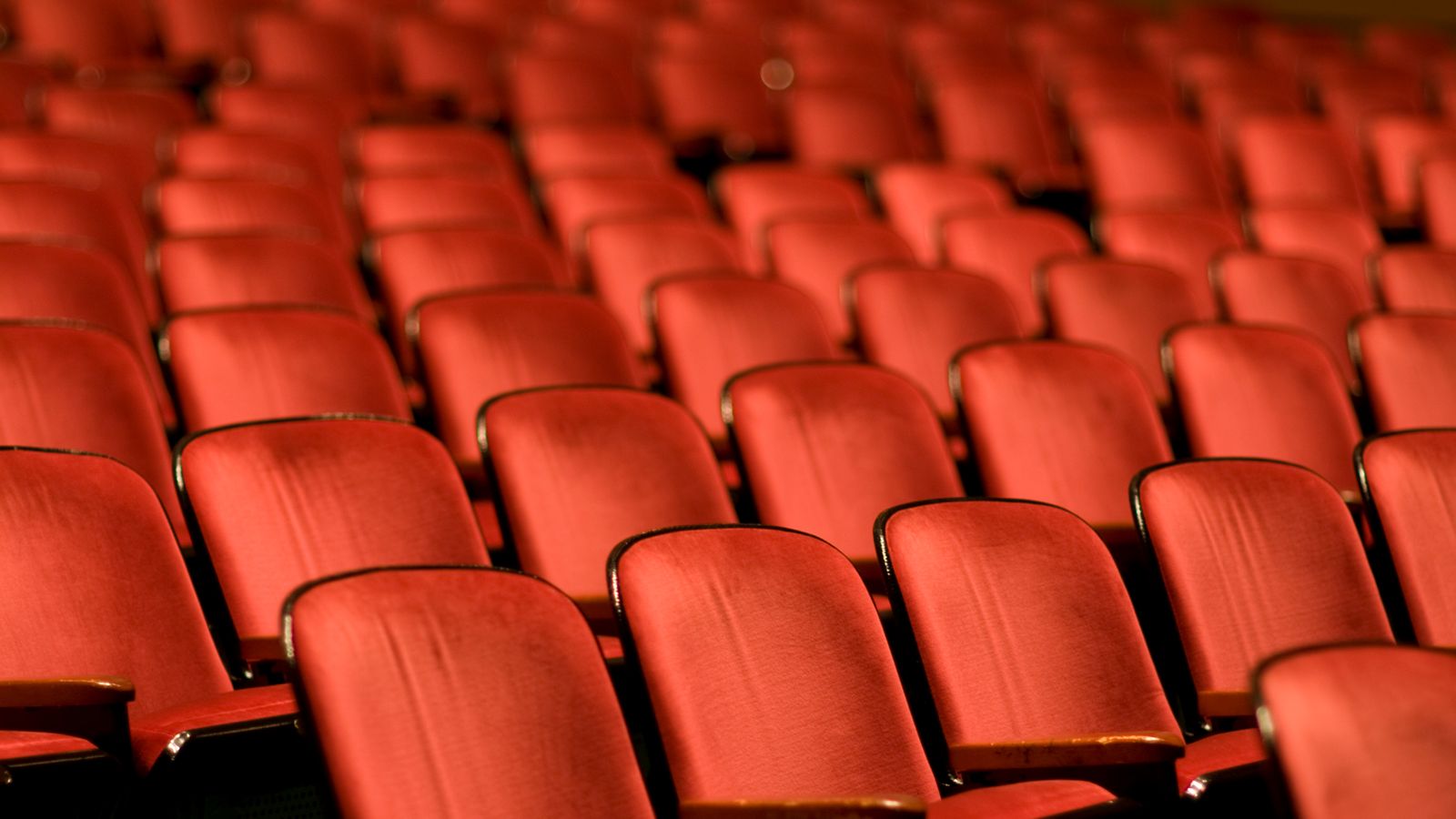 For performance venues around England, it is the week they have been waiting for – being able to legally fill their auditoriums after 17 months.

But despite all legal limits being lifted, venues and theatres, while excited, are tentatively making changes to their policies – with some opting to keep some restrictions.

Ahead of Monday, Sky News has spoken to a number of people from the industry that have expressed their relief, anxieties and hopes for the next step in its social and financial recovery. 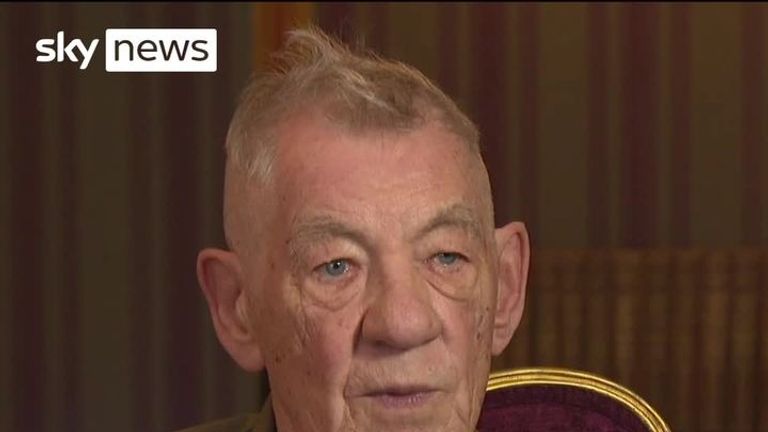 Six of London’s best known theatres, such as the Lyric and the Palace, are co-owned by Nica Burns – making her a major player in the city’s entertainment district.

Speaking to Sky News from her office on Zoom, she said that while restrictions across the UK are lifting, her theatres would not be immediately increasing capacity and relaxing mask rules.

A number of her venues opened in May at the initial lifting of restrictions, meaning she has already had a head start.

“A lot of tickets that were already sold, had been sold at 50%,” she said. “The advance ticket sales go back a couple of months when what they were promised were the capacity and robust mitigation measures – and we’re giving them 50%, and 60% and 70% capacity will go up to potentially go to 75%.”

Explaining her more cautious approach, she said: “I think it’s that I just thought that was the right thing to do.”

Ms Burns added that some of her theatres are old and narrow, meaning, for now, reduced capacity will help alleviate pinch points and keep people safe.

The approach taken by Ms Burns is different to that of counterpart Andrew Lloyd Webber, who is planning to pack his auditoriums as soon as possible and is hosting what he calls a “Freedom Day” performance of Cinderella – but his theatres will still require patrons to wear masks and present recent proof of a negative test, according to his website.

Delfont Mackintosh Theatres, home to shows such as Mary Poppins and Hamilton, also says online that it will be asking for proof of vaccination status and encouraging mask use from 21 July when auditoriums fully reopen.

Shows in the West End are booking now.

The Curve Theatre in Leicester will open on Tuesday, without any social distancing, for the first time since the pandemic when the national tour of Magic Goes Wrong opens.

“We are seeing audiences booking tickets to come back and have a shared experience together.

“But also, one of the really important things for us is that we offer audiences as they build their confidence security, that the theatre coming back and returning to live events will be as safe as it possibly can be.”

Mr Stafford explained that while his venue received culture recovery grants from the government, and that his venue is partially subsidised by the Arts Council, audiences need to return to “pre-COVID levels”.

He added that 330,000 people a year were visiting his venue before the pandemic – making it a key part of Leicester’s economy

“It’s essential that they survive this pandemic,” he concluded.

Masks will still be required at the venue, Mr Stafford confirmed, while social distancing will be dropped.

Loki Mackay, manager of The Comedy Store in London

“There are so many things to do still,” Loki Mackay told Sky News ahead of The Comedy Store reopening, adding: “The short notice made it difficult to plan ahead.”

The iconic central London venue will open its doors again next week and invite punters back in to what is one of the world’s most famous comedy clubs.

Upon reopening, the club will go pretty much back to standard trading – masks will be optional, no social distancing will be in place, and visitors won’t need to prove their health status.

Mr Mackay told Sky News he was “doing okay with tickets” but added there will be no full houses for a while.

He says comics are “raring to go” after 18 months of podcasting and blogging to make ends meet.

On support over the last year, he said that it was “b***** all” and that everything they have heard has been through the newspapers. And while he has had some some Arts Council funding, it all went on rent.

The venue reopens later this week, with acts such as Marcus Brigstocke, Kiri Pritchard-Maclean and Tom Stade.

Sir Ian McKellen, 82, who is starring in Hamlet at the Theatre Royal in Windsor, told Sky News he believes audiences will be nervous to come back into venues.

He said: “I am a little bit nervous about that. I daresay the audience will be nervous too.

“Do audiences really want to come back and sit next to people with a cough, who’s a bit fidgety?”

He said he didn’t know if “our patterns of behaviour” will have changed, or “will swing back to normality”.

Sir Ian added: “I suspect not for a little bit.”

Tickets for Hamlet, which has just extended its Windsor run, are available now.

The Royal Albert Hall will be back with a bang this week, as it hosts its delayed 150th birthday celebrations.

On Monday it will host its very own 150th birthday party, then on Wednesday, stars of the West End will take to the stage in aid of charity Acting For Others.

Ben Forster, who has performed iconic roles such as Jesus, in Jesus Chris Superstar, and the Phantom, in Phantom Of The Opera, will be one of the stars on stage that night.

“The last 18 months has been terrible. We would never have expected coming into the pandemic that it would have lasted for so long,” he told Sky News from the Royal Albert Hall.

“I just want people to feel the love again, and it heightens people’s spirits. That’s why people go and watch musicals, because it lifts them and takes them on a journey for for a moment. And that’s what this show is going to do.”

Mazz Murray, who will be taking on the role of Donna in Mamma Mia in August, will also perform, and says it’s going to be a “real mix of emotions”.

Murray added that while performers have had little support over the past year-and-a-half, “there’s been no precedent and that unfortunately their professions were spent in dark, busy unventilated spaces”.

“So if anyone’s going to have to take the rough end, then I’m prepared to take it,” she said. “It was it was very, very difficult. I’m hoping that we’re at the end of it, but I love what I do – so on this occasion, we all got the short straw.”

Like other venues, the Royal Albert Hall is asking people to wear masks and take tests – but won’t enforce it as the hall feels it is unfair when the government permits taking masks off.

Tickets to The Best Of The West End on Wednesday 21 July are available now.

Jenna Boyd, West End performer in Come From Away

Jenna Boyd will be part of the cast of the Olivier-winning Come From Away when it reopens later this week.

It’s based on the true events in the immediate aftermath of 9/11 when planes were rerouted to Gander in Newfoundland, Canada.

Speaking to Sky News during a rehearsal break at the Phoenix Theatre, Ms Boyd said the last 18 months had been “hideous”.

“This industry has felt abandoned,” she said. “There are a number of people who have been fortunate enough to be able to receive some sort of financial aid – but the huge majority of people have been literally hung out to dry.”

Come From Away opens on 22 July at London’s Phoenix Theatre.

Steve Cowley from Chesterfield in Derbyshire says he is “really excited” to get back on to stages over the next few weeks. He’ll perform in one man show Battle Cry in Birmingham and Buxton – the first time he’ll have appeared on stage in the flesh since early 2020.

The show is about a veteran suffering with PTSD, which opened to acclaim when it debuted a couple of years ago.

Mr Cowley teaches acting as well as treading the boards for a living, but last year left him at a loss when his only work suddenly dried up.

“Even my agent had to get another job,” he told Sky News from his local theatre, adding: “It’s scary to see the industry on its knees.

“We were probably overlooked, and I thought I might quit at one point.

“I used the government’s job retraining tool, and it gave me things like market trader, funeral director and beauty consultant – none of them were me.”

You can watch Battle Cry at the Buxton Fringe on 23 and 24 July.

It’s a busy time for large parts of the industry right now, understandably, so many of the people Sky News contacted were unable to chat.

However, cinemas such as Vue and Curzon said in statements that masks would still be encouraged at their screenings with safety protocols – like enhanced cleaning – largely unchanged. The UK’s biggest chain, Cineworld, says masks remain mandatory in Scotland, Wales and Northern Ireland, as per the government guidance there, but won’t be in England anymore (they will be encouraged for staff, though).

At gig venues – the Academy Group, which looks after the local O2 venues across the country, says while masks are no longer mandatory, their use is encouraged. Its venues will also be asking for proof of a negative test or that both vaccinations have been had.

It is important to note that each venue, company and operator will have different rules, and it is advised to check with them before making any decisions to book events.

Ebay plans to lay off 500 employees, about 4% of its workforce
Head of Epsom College found dead on school grounds along with husband and seven-year-old daughter
Community ‘in shock’ over Nicola Bulley’s disappearance – as friends strive to protect daughters
Woman declared dead at New York care centre found breathing at funeral home
Ranking college football’s best transfer classes: The top 10 for 2023