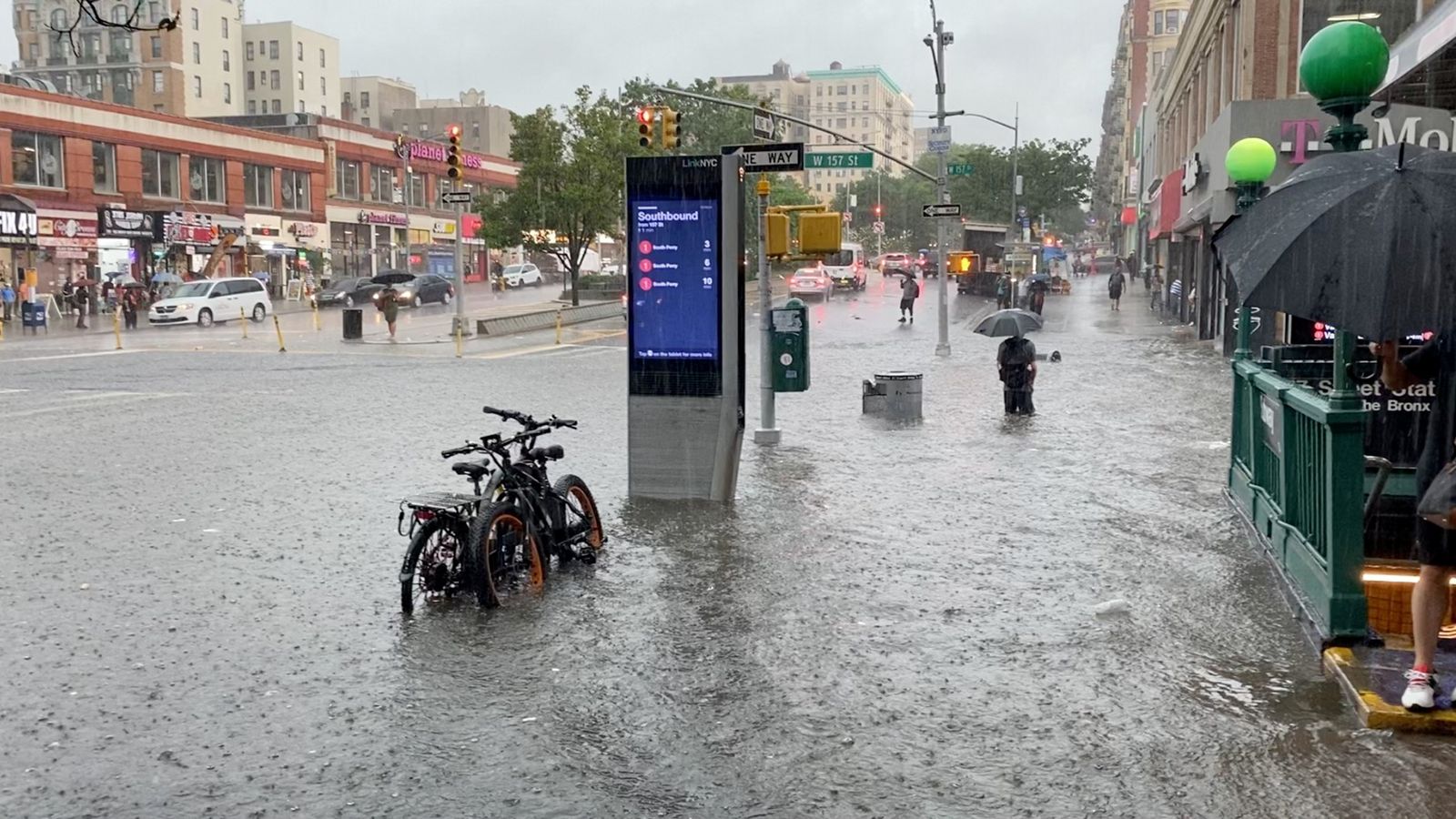 A moon “wobble” will contribute to an increase in severe flooding in the mid-2030s, NASA has warned.

The moon’s orbit, which affects the Earth’s tides, has a natural “wobble” every 18.6 years that causes extremely high and low tides.

In a new study, published by Nature Climate Change, NASA’s Sea Level Change Science Team calculated that the next wobble in the mid-2030s will amplify rising sea levels caused by climate change.

Almost all of US mainland coastlines, as well as Hawaii and Guam, are likely to see high-tide flood numbers surge as they come under pressure from the higher seas.

But northern coastlines, including Alaska’s, will be spared for another decade or longer because these land areas are rising due to long-term geological processes, researchers found.

The study is the first to take into account all known oceanic and astronomical causes for floods, NASA said.

High-tide floods, also known as nuisance floods or sunny day floods, occur not because of storm surges from extreme weather or excessive precipitation, but instead when the tide rises into populated areas.

The floods can overwhelm storm drains, close roads and compromise infrastructure over time, according to the National Oceanic and Atmospheric Administration (NOAA).

NASA administrator Bill Nelson said: “Low-lying areas near sea level are increasingly at risk and suffering due to the increased flooding, and it will only get worse.

“The combination of the moon’s gravitational pull, rising sea levels, and climate change will continue to exacerbate coastal flooding on our coastlines and across the world.”

“It’s the accumulated effect over time that will have an impact,” added Phil Thompson, an assistant professor at the University of Hawaii and the lead author of the new study.

High tide floods are less dramatic and involve less water than hurricane storm surges, so they are often seen as a less pressing problem.

“But if it floods 10 or 15 times a month, a business can’t keep operating with its parking lot underwater,” Mr Thompson said.

“People lose their jobs because they can’t get to work. Seeping cesspools become a public health issue.”

The floods will also occur in clusters, which could last a month or longer at a time depending on the position of the moon, sun, and Earth, NASA said.

As the moon and Earth line up with each other and the sun in specific ways, some city dwellers could see flooding every day or two.

Ben Hamlington, who leads NASA’s Sea Level Change Team, said the study is vital for coastal urban planners, who may tend to focus on preparing for extreme weather events over chronic flooding.

“From a planning perspective, it’s important to know when we’ll see an increase,” Mr Hamlington said.

“Understanding that all your events are clustered in a particular month, or you might have more severe flooding in the second half of a year than the first – that’s useful information.”

The moon is currently in the tide-amplifying part of its 18.6-year wobble, but most US coastlines are yet to see enough sea-level rise to notice the flooding effects.

By the mid-2030s, the next time the wobble enters its tide-amplifying phase, global sea levels will have had another decade to rise due to climate change.

The study projected results out to 2080 by mapping “NOAA’s widely used sea level rise scenarios and flooding thresholds, the number of times those thresholds have been exceeded annually, astronomical cycles, and statistical representations of other processes, such as El Niño events, that are known to affect tides.”

Kanye West a ‘danger to my children’, David Baddiel says
Three emergency workers fired over response to Tyre Nichols after he was beaten by police
Tory chairman Zahawi sacked over tax affairs row
Surprise attack on secret military factory in Iran was Israeli raid, US officials say
Elon Musk thinks you are not smart if you don’t believe in Tesla’s Full Self-Driving value